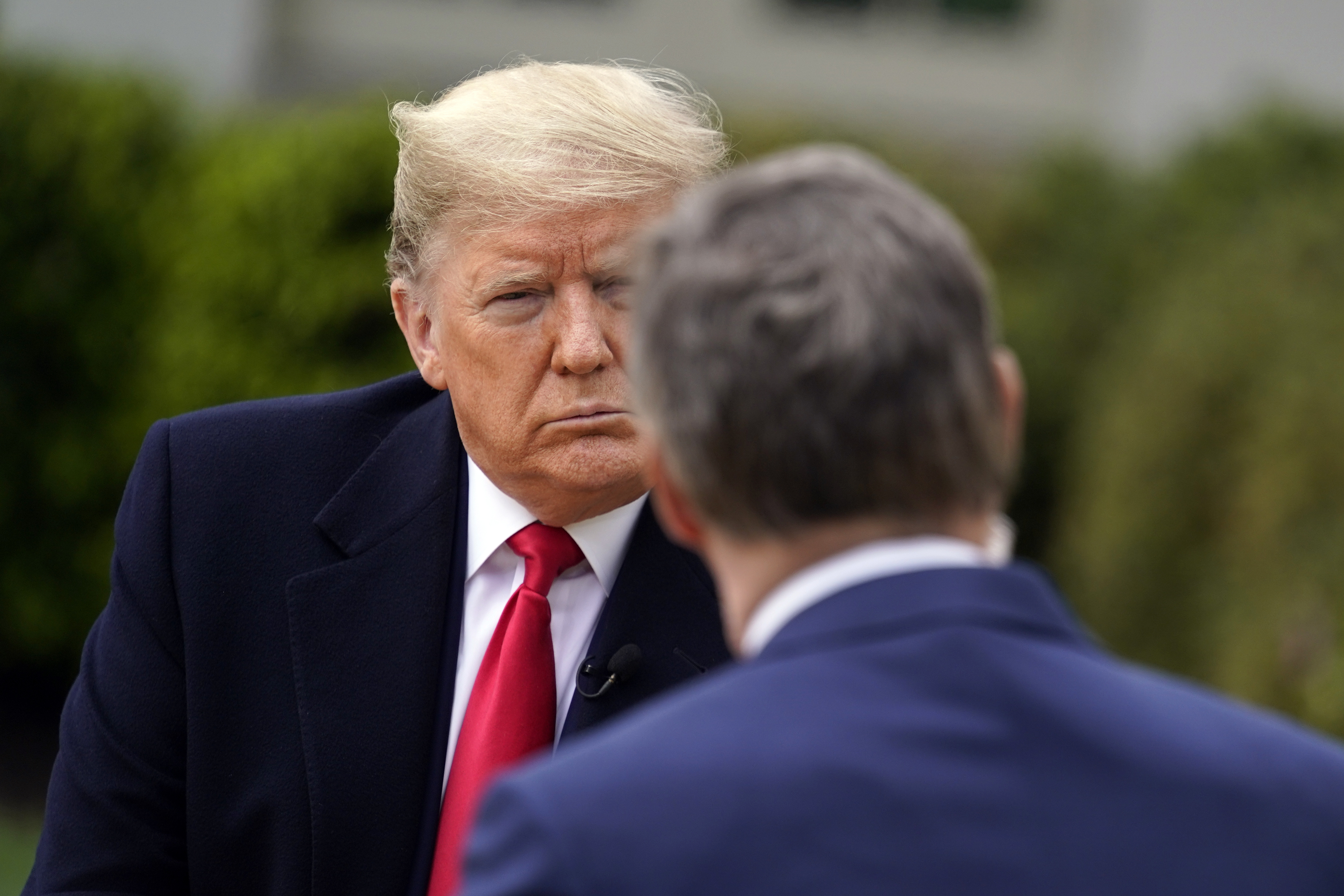 President Donald Trump on Sunday extended his stay-at-home guidelines until the end of April, dropping a hotly criticised plan to get the economy up and running by mid-April after a top medical adviser said more than 100,000 Americans could die from the coronavirus outbreak.

The reversal by Trump, which he said would be disclosed in greater detail on Tuesday, came as the US death toll topped 2,460 from the respiratory disease, according to a Reuters tally, with more than 141,000 cases, the most of any country in the world.

“The peak, the highest point of death rate, is likely to hit in two weeks,” Trump told a coronavirus briefing in the White House Rose Garden, flanked by top advisers and business leaders.

“Nothing would be worse than declaring victory before the victory is won.”

He told Americans: “The better you do, the faster this whole nightmare will end.”

Earlier on Sunday, Dr Anthony Fauci, director of the National Institute of Allergy and Infectious Diseases, told CNN that the pandemic could ultimately kill between 100,000 and 200,000 people in the US if mitigation was not successful.

Fauci softened his dire predictions at the Rose Garden briefing, saying they were based on models that were run to show the worst-case scenario if Americans did not follow stay-at-home directives.

“We feel the mitigation we are doing right now is having an effect,” Fauci said. “The decision to extend this mitigation process until the end of April is a wise and prudent decision.”

Trump’s surprise suggestion that he might order the reopening of the economy by Easter had been greeted with sharp and immediate criticism from state governors still grappling with rising numbers of patients and health systems stretched thin.

The governors of at least 21 states, representing more than half the US population of 330 million, have closed “non-essential businesses” and told residents to stay home.

Asked during the briefing if floating the idea of lifting restrictions by mid-April had been a mistake, Trump called it ”just an aspiration” and said he now believed the country could be on its way to economic recovery by June 1.

New York state on Sunday reported nearly 60,000 cases and a total of 965 deaths, up 237 in the past 24 hours. The number of hospitalised patients was slowing, said governor Andrew Cuomo, a Democrat who has been outspoken in his criticism of the Republican president.

Ventilators are breathing machines used to treat those suffering the most severe symptoms from the pneumonia-like respiratory ailment and many hospitals fear they will not have enough. Dr Arabia Mollette, an emergency medicine physician at Brookdale University Hospital Medical Centre in Brooklyn and St Barnabas Hospital in the Bronx, said she now worked in a “medical war zone.”

Maryland arrested a man who repeatedly violated the ban on large gatherings by hosting a bonfire party with 60 guests, governor Larry Hogan said on Sunday.

Michigan governor Gretchen Whitmer, whose state has become one of the fastest-growing areas for the coronavirus, especially in the county that includes Detroit, called the rapid spread “gut-wrenching”.

“We have nurses wearing the same mask from the beginning of their shift until the end, masks that are supposed to be for one patient at one point in your shift. We need some assistance and we're going to need thousands of ventilators,” Whitmer told CNN.

The strict stay-at-home rules meant that usually bustling New York, like many major cities in the US, was largely quiet on Sunday except for the sound of ambulance sirens. Reuters