Generals in cabinet are rather sweet, says Myanmar leader 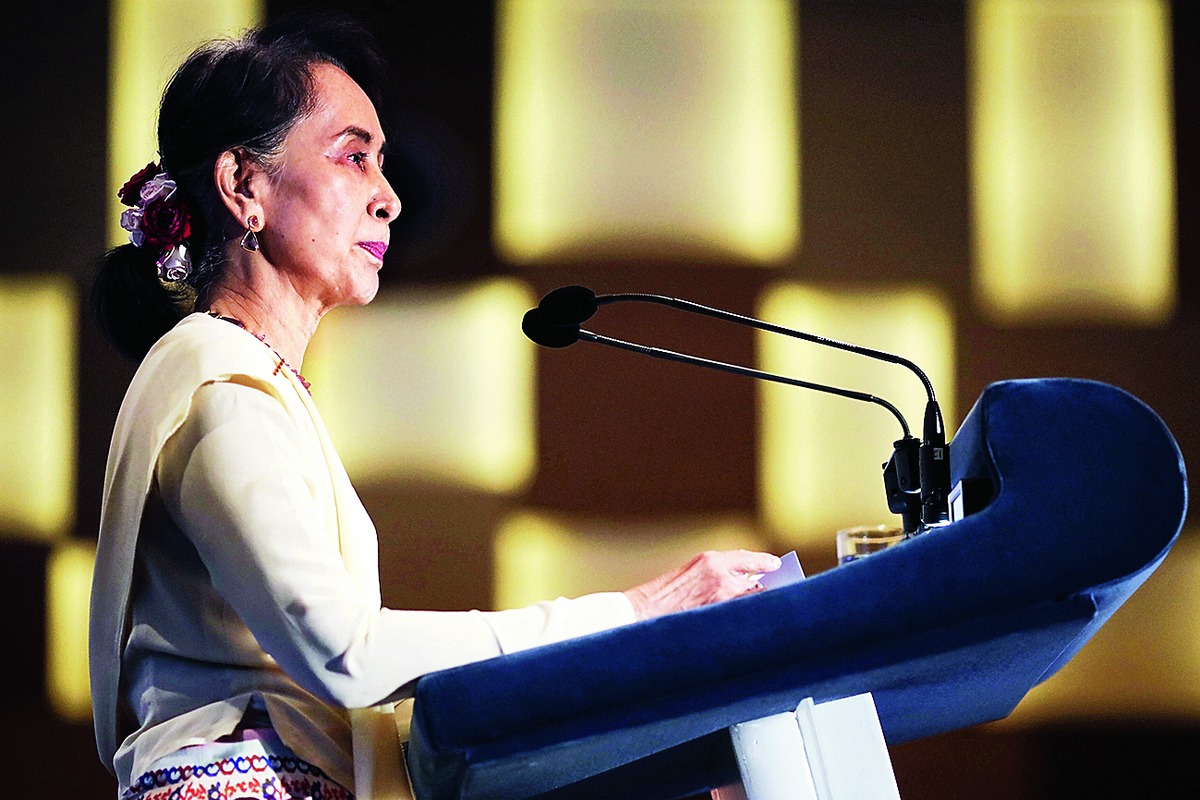 Singapore: Myanmar government leader Aung San Suu Kyi said on Tuesday her relationship with the military - which held her under house arrest for nearly 15 years - was "not that bad" and that the generals in her cabinet were "rather sweet".

However, Suu Kyi, who has been criticised for failing to speak out against an army crackdown in Rakhine state that the UN has called "ethnic cleansing", said she hoped constitutional change would eventually curb the military's influence.

"Our relationship with the army is not that bad," the Nobel peace prize laureate and the face of Myanmar's democratic awakening, said at an event in Singapore in response to a question about whether she feared another military coup.

"Don't forget that we have three members of the cabinet who are in fact military men, generals, and they're all rather sweet."

The military ruled Myanmar for nearly 50 years after seizing power in a 1962 coup.

The generals have initiated reforms, beginning in late 2010 with Suu Kyi's release from house arrest, and they have largely stepped back from the day-to-day running of the country, handing over to Suu Kyi's government after her party swept a 2015 election.

But the military retains considerable powers under a 2008 constitution and Suu Kyi, barred under that constitution from becoming President, said the transition to democracy was"still incomplete".

Suu Kyi did not mention by name the Rohingya Muslims, more than 700,000 of whom have fled from the north of Rakhine into Bangladesh since an army crackdown that began a year ago after attacks on security posts by Rohingya insurgents.

The August 25 attacks were launched by the Arakan Rohingya Salvation Army, which Myanmar says is a terrorist group, and Suu Kyi said terrorism remained a threat, which could have "grave consequences" for the wider region.

"The danger of terrorist activities, which was the initial cause of events leading to the humanitarian crisis in Rakhine remains real and present today," she said.

"Unless this security challenge is addressed the risk of inter-communal violence will remain. It is a threat that could have grave consequences, not just for Myanmar but also for other countries in our region and beyond."

Myanmar has rejected accusations of ethnic cleansing and dismissed most accounts from refugees of atrocities, instead blaming Rohingya"terrorists".

Buddhist-majority Myanmar and Bangladesh reached an agreement late last year on the repatriation of Rohingya, most of whom are stateless and subjected to restrictions in Myanmar.

Suu Kyi said spaces have been mapped out for the resettlement of people who fled.

She also stressed the difficulties that other small ethnic and religious groups living in Rakhine State face.

"There are not just the Muslims in Rakhine, like most people think.

"They live in their own traditional ways, they're very peaceful ... we must do everything we can to help them to preserve their culture, their traditions and to help them prosper."

On plans for Rohingya refugees to return to Myanmar, she said it was difficult to set a time frame.

"The returnees have to be sent back by Bangladesh. We can only welcome them at the border," she said. Reuters