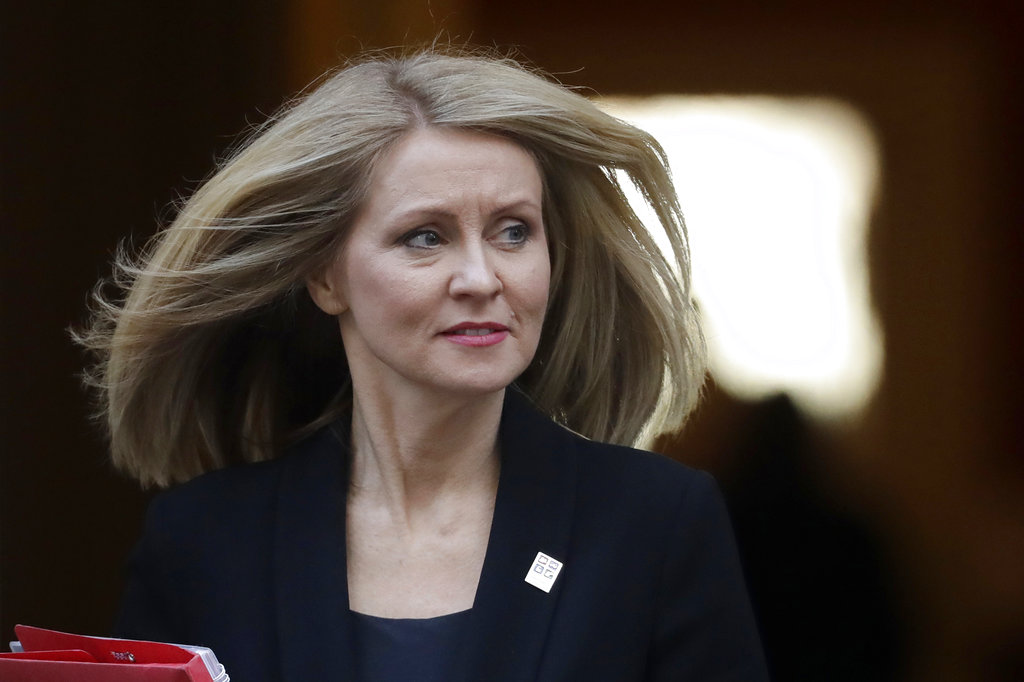 Two British ministers quit within an hour of each other, leaving Prime Minister Theresa May's Brexit deal and her leadership of the Conservative Party in peril.

Brexit secretary Dominic Raab quit, saying he could not 'in good conscience' support the deal. An hour later, work and pensions secretary Esther McVey resigned, saying the deal 'does not honour the result of the referendum' in which Britain voted to leave the EU.

The pound fell sharply after Raab resigned from the government, saying he did not agree with the deal the country had struck with the European Union over the terms of its departure next March.

The currency dropped 1 per cent, a relatively large decline for an established currency, to $1.2870 within minutes of a tweet by Raab saying he 'cannot in good conscience support the terms proposed for our deal with the EU'.

May faces a political backlash over the deal, which is considered insufficient by Brexit backers as well as those who wanted to remain in the EU. Parliament needs to approve the deal and it is unclear whether May has the numbers to push it through.

The British Prime Minister made some major concessions to the EU to achieve the deal: Britain, for example, will remain tied to the European Union's customs union during the transition period and potentially for much longer.

May, who had persuaded a majority of her cabinet to back the deal, is addressing lawmakers on Thursday morning.

Theresa May: Back me or face no-deal exit