'The action might embolden other groups in different parts of world' 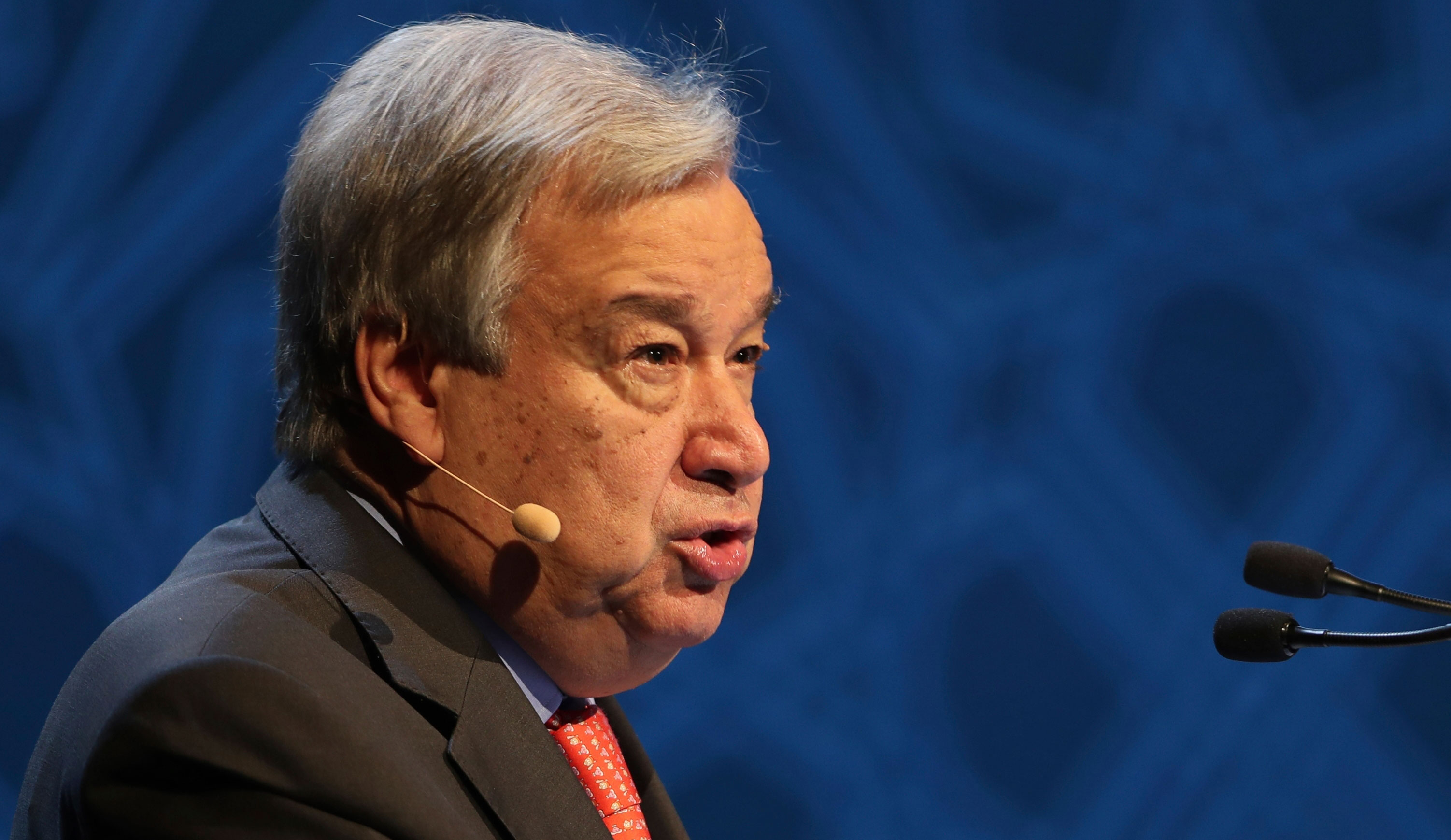 The Taliban's victory in Afghanistan might embolden other groups in different parts of the world, Secretary-General Antonio Guterres has warned, expressing his worry over global terrorism while asserting that dialogue with the militant group is absolutely essential as the UN wants the country to play a "constructive role" in international relations.

The Taliban insurgents seized control of Afghanistan in mid-August, ousting the previous elected leadership which was backed by the West.

"I must tell you, I am very worried with what we are witnessing in different parts of the world. And the fact that in Afghanistan, the Taliban were able to win might embolden other groups in different parts of the world independently of the fact that they are different from the Taliban and I am not seeing there is a similarity among them," Guterres said during a press conference on Friday at the UN Headquarters.

"We have seen several of them, not only congratulating the Taliban but showing stronger enthusiasm about their own capacity, he said.

He added that in this context, he is very worried about scenarios, like in the Sahel, where we do not have today an effective security mechanism to address the terrorist challenge so the terrorists have been gaining ground and must feel emboldened by the present situation and this can be said about other parts of the world.

The Sahel is the region in Africa between the Sahara to the north and the Sudanian savanna to the south.

"When you have a group, even if it is a small group, that is fanaticised, that is ready to die in all circumstances, or even consider death to be a good thing, if that group decides to launch an attack on a country, we are seeing armies unable to face them and melting down and fleeing," Guterres said adding that the Afghan Army disappeared in seven days.

As the United Nations humanitarian chief Martin Griffiths met leaders of the Taliban, the first person in the world at that level that went to Kabul to speak to the Taliban leadership , Guterres said: We are permanently engaging with the Taliban, and we believe that a dialogue with the Taliban is absolutely essential at the present moment.

With the Taliban announcing a 33-member Cabinet that has no woman member and includes UN-designated terrorists, Guterres said we want naturally the Government of Afghanistan to be an inclusive government, representing the different sectors of the Afghan population.

He also reiterated that Afghanistan must never become a sanctuary for terrorism anymore.

"We want basic human rights, and I'm particularly concerned, of course, with women and girls' rights to be respected; and that we want Afghanistan to play a constructive role in international relations," he said.

Guterres told reporters that it was their duty to engage the Taliban, to create the conditions for the possibility of effective humanitarian aid, impartial, to reach all areas and to take into account our concerns in relation to women and girls, for instance, to engage the Taliban.

The UN chief stressed that it is my belief that engaging with the Taliban, on one hand, telling them what we believe is important, the things that are easier to say and the things that might be more difficult, but that are important to be said, and at the same time, showing a total commitment to support the Afghan people.

"I think it's the best way to achieve those principles that I mentioned in the beginning that we all agree on and we should be able to convey in a coordinated way," he said.

In response to a question on the mandate of the United Nations Assistance Mission in Afghanistan up for renewal next week, Guterres said he believes it is not possible with the level of unpredictability that exists to do a new mandate for UNAMA, an entirely new mandate for UNAMA.

"I hope that the consensus will be in a technical rollover for a short period, allowing time for a more clear perspective about what the situation is in Afghanistan and what the role of the UN should be," Guterres said.

He said that he thinks it is prudent to do a technical rollover and to have the time to engage sufficiently to be able to have a more clear perspective about the future, to define the characteristics of the mandate of UNAMA that will necessarily be different from the present mandate, for different reasons.

While the decision about the UNAMA mandate renewal will be taken by the Member States, Guterres said he hopes it will be possible to have a short, technical rollover to allow for a more well-prepared, new mandate for UNAMA, taking into account the new realities.