Magdalena Andersson meets Andreas Norlen, the speaker of Sweden’s 349-seat Riksdag, to formally inform him of her departure 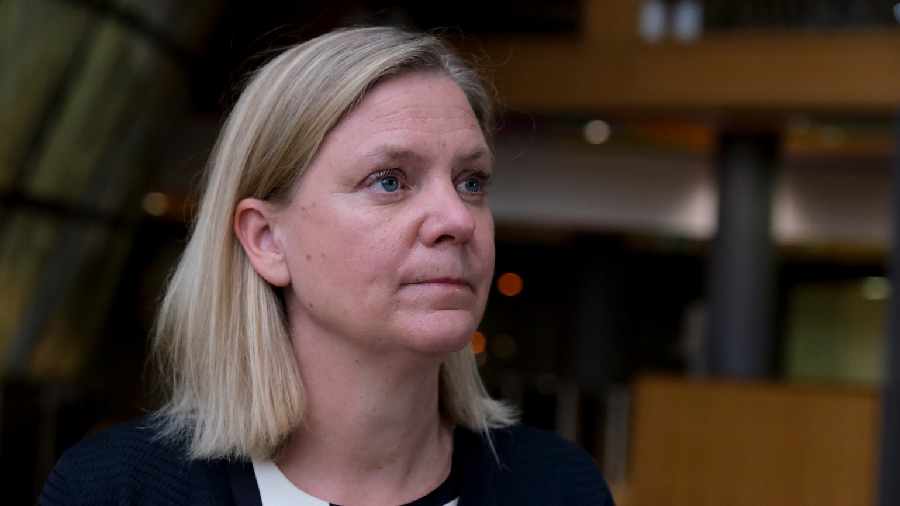 Sweden’s Social Democratic Prime Minister Magdalena Andersson handed in her resignation on Thursday after a Right-wing bloc that includes a nationalist, anti-immigration party won a narrow majority in Sweden’s parliament.

Andersson met Andreas Norlen, the speaker of Sweden’s 349-seat Riksdag, to formally inform him of her departure. Andersson will continue in a caretaking capacity until a new government is formed.

Norlen is expected to ask the leader of the Centre-Right Moderates, Ulf Kristersson, to try to form a governing coalition. Following Sunday’s general elections, the Right-wing bloc had 176 seats while the Centre-Left bloc with the Social Democrats has 173.

On Wednesday, once 99.9 per cent of votes had been counted, Andersson conceded while populist Sweden Democrats leader Jimmie Akesson declared victory for the four-party right-of-centre bloc.

The Sweden Democrats won more votes than the Moderates but are not considered likely to lead the next government.

The party was founded in the 1980s by far-Right extremists, and while it has moved to the mainstream in recent years it has not thoroughly shaken off that stigma.

Still, because it won more seats than any other party on the right, and is now the country’s second largest party in parliament, it is expected to have significant leverage in any government.

Andersson, who heads the largest party, resigned less than a year after she became Sweden’s first female head of government.

Her appointment as prime minister had marked a milestone for Sweden, viewed for decades as one of Europe’s most progressive countries when it comes to gender relations, but which had never previously had a woman in the top political post.

The newly elected Riksdag is scheduled to gather for the first time on September 26.

The gains for the Sweden Democrats come on the back of what many voters saw as failed immigration and integration policies.

The party tapped into anger over crime and gang shootings, mostly by blaming immigrants for the violence. It has set out a 30-point programme aimed at achieving the lowest immigration in Europe.