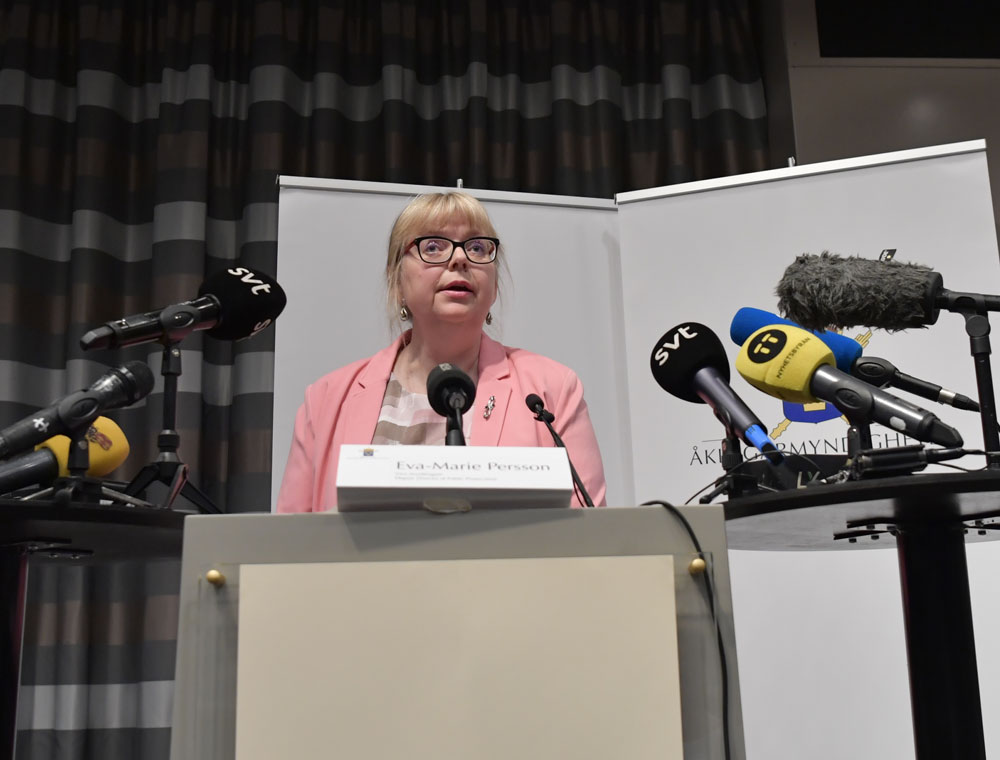 Who will get to extradite Jullian Assange first — Sweden, which on Monday revived a rape charge against the 47-year-old WikiLeaks founder, or the US, which wants him for hacking into military computers?

Assange is currently serving a 50-week sentence in the high security Belmarsh prison in London for jumping bail and finding refuge inside the Ecuadorian embassy for seven years until he was dragged out last month.With good behaviour, he would qualify for a 50 per cent remission of his sentence and be out in 25 weeks.

But just like Vijay Mallya and Nirav Modi, he is fighting extradition proceedings at Westminster Magistrates’ Court. In Assange’s case, the action has been brought by the US government, which if successful could consign him to possibly a life time in prison or even a death sentence.

The case has become very political because Assange’s supporters in the UK — mainly Labour party MPs who do not want President Donald Trump to be honoured with a state visit to the UK next month — have written to the home secretary, Sajid Javid, arguing that if the WikiLeaks founder has to be extradited, then in the #MeToo climate, it is only Sweden which should get its hands on him.

Others fear that since Assange has embarrassed the Americans by revealing its military secrets — US air crew laughing as they kill a dozen Iraqis, for example — Trump is determined to get him and will find it easier to do so once he is Sweden. The legal tussle over Assange has in effect become a proxy war over Trump’s America.

The new twist in the drama came on Monday when Sweden’s deputy director of prosecutions Eva-Marie Persson announced a rape allegation against Assange was being revived. This was dropped in 2017 because the Swedish authorities were unable to proceed while he was inside the Ecuadorian embassy in London. A second sex-related allegation was also dropped because of a statute of limitations. Eva-Marie Persson said: “On account of Julian Assange leaving the Ecuadorian embassy, the circumstances in this case have changed. I take the view that there exists the possibility to take the case forward.

“I am well aware of the fact that an extradition process is ongoing in the UK and that he could be extradited to the US.

“In the event of a conflict between a European Arrest Warrant and a request for extradition from the US, UK authorities will decide on the order of priority. The outcome of this process is impossible to predict.

“However, in my view the Swedish case can proceed concurrently with the proceedings in the UK.

“In my opinion a new interview with the suspect is required…Such an interview, however, requires Julian Assange’s consent.”

Assange insists the sex was consensual.

But the alleged victim’s lawyer, Elizabeth Massi Fritz, said Assange’s arrest came as a shock but “what we have been waiting and hoping for since 2012 has now finally happened. No rape victim should have to wait nine years to see justice be served.”

The case against extradition was argued by Kristinn Hrafnsson, editor-in-chief of WikiLeaks, who said: “Since Julian Assange was arrested on April 11 2019, there has been considerable political pressure on Sweden to reopen their investigation, but there has always been political pressure surrounding this case.”

He added that “Sweden wanted to drop its arrest warrant for Assange as early as 2013. It was the British government that insisted that the case against him continue.

“Assange was always willing to answer any questions from the Swedish authorities and repeatedly offered to do so, over six years.

“This investigation has been dropped before and its reopening will give Julian a chance to clear his name.”