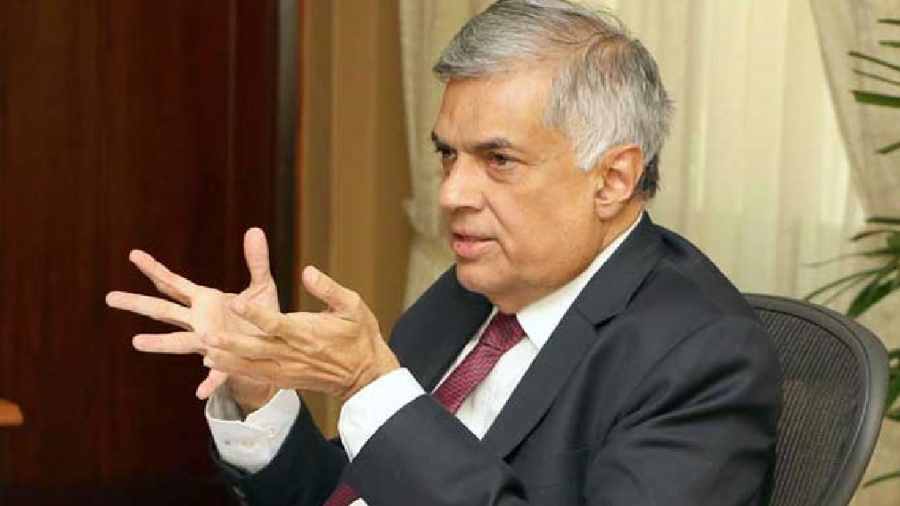 Sri Lankan President Ranil Wickremesinghe who is also the finance minister will present an interim budget on August 30, seeking enhanced expenditure and borrowing limits for his cash-strapped government.

The interim budget comes amidst the government's ongoing negotiations with the International Monetary Fund (IMF) for a possible bailout package.

The Sri Lankan Parliament's communications office said President Wickremesinghe in his capacity as the finance minister will present the interim budget on August 30 and the lawmakers will debate the budget from Tuesday to Friday that week.

The budget will seek an additional sum of LKR 929.4 billion to the originally approved figure of LKR 2,796.4 billion for 2021 as the increased government expenditure, it said.

The budget will also seek an increase to the government's borrowing limit with an additional sum of LKR 892 billion -- up from the originally approved LKR 3,200 billion.

Wickremesinghe has said that he was keen to provide relief through the interim budget to the people, who have been struggling with daily power cuts and shortages of basics such as fuel, food and medicines.

Ruling Sri Lanka Podujana Peramuna (SLPP) general secretary MP Sagara Kariyawasam told reporters on Wednesday that the interim budget will likely focus on economic recovery while also providing relief to the public as much as possible.

"This is only an interim budget. The proper budget for 2023 will be presented in November," he said.

Sri Lanka is going through its worst economic crisis since independence and high inflation have hit the public hard.

The IMF has laid down debt restructuring as a key element to any facility being approved. Sri Lanka is in dire need of bridging finance after a bailout from the global lender.

President Wickremesinghe and a visiting IMF team on Wednesday analysed Sri Lanka's current economic crisis as the two sides began crucial talks to finalise a bailout package and secure a staff-level agreement for the cash-strapped country.

The Sri Lankan Cabinet on Monday approved a budgetary framework which where 9.9 per cent of Gross Domestic Product budget deficit in 2022 will be brought down to 6.9 per cent by 2023.

Sri Lanka is also aiming to bring down the primary deficit, or the deficit without interest costs, a key performance criterion in an IMF fiscal framework from a negative 4 per cent in 2022 to a deficit of 1 per cent in 2023 in a 3 per cent of GDP correction, the EconomyNext news portal reported.

In mid-April, Sri Lanka declared its international debt default due to the forex crisis.

Lanka Prez reaches out to Rajapaksa