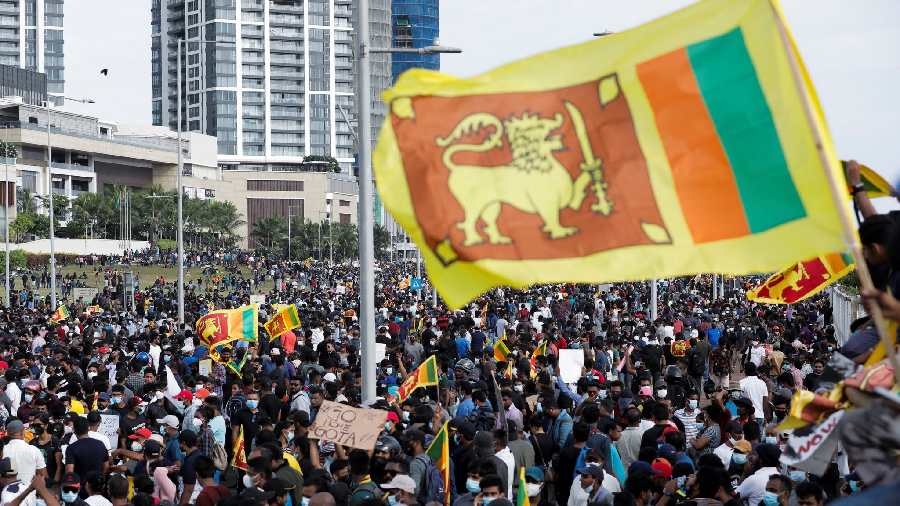 The Sri Lankan high commissioner to India, Milinda Moragoda, on Monday said New Delhi and Colombo were working on a framework to avoid situations like the one over the docking of the Chinese ship in Hambantota port despite India’s concerns, and hoped India would play a key role in the revival of his country’s economy after helping stabilise it.

Appreciative of India’s role in helping the island nation out of the dire straits it found itself in earlier this year, Moragoda conceded that it was a challenge balancing relations with India and China but maintained that India was the anchor for Sri Lanka as far as security was concerned.

Fielding questions during an interaction with the media at the Indian Women’s Press Corps, Moragoda said: “When it comes to security, India is the main provider. There is no dispute at all. We also recognise that this is a complex period….”

According to him, Colombo had learnt from the situation with India and China over the docking of the Chinese “research/survey” vessel in Hambantota port even after India had raised security concerns.

Asked whether Sri Lanka had undermined India’s security by allowing the vessel to make the port of call, he said approval had been given by the previous regime at a time the country was going through a chaotic phase.

Since the approval had already been given, it was difficult to withdraw it though Colombo did ask China to defer the arrival of the vessel at Hambantota, delaying its docking by a week during which Sri Lanka engaged with both countries through diplomatic channels.

“We are talking to India on how to avoid such incidents in the future. Transparent communication, maybe develop some kind of a framework to avoid this kind of incident. Lot of technologies are dual purpose, so we need to have a better understanding. What we are trying to do is develop a framework,” the high commissioner said; adding that the Wickremesinghe government is also planning to change the way such clearances are given at the administrative level.

He also pointed out that Indian ships also docked at Sri Lankan ports, emphasising that majority of the 300 vessels that docked at his country’s ports annually before the Covid-19 pandemic were Indian.

Moragoda also sought to play down the stern statement issued by India at the UN Human Rights Council last week during the interactive dialogue on the Office of the United Nations High Commissioner for Human Rights report on Sri Lanka.

He insisted that India had not reprimanded Sri Lanka over its handling of the economy though India’s Permanent Representative to the United Nations in Geneva had said: “The current crisis in Sri Lanka has demonstrated the limitations of debt-driven economy and the impact it has on the standard of living.”

As for the comments on the 13th amendment and devolution made by India in a sterner tone than in the recent past, the high commissioner insisted that India’s statement was consistent with its stated position. “The nuances etc one can argue about but the substance was the same.”

On the status of the upgrade of the India-Sri Lanka Comprehensive Free Trade Agreement, Moragoda said the President had prioritised it, referring to Ranil Wickremesingh’s speech last week where he spoke about a comprehensive overhaul of a stalled pact.

The high commissioner stressed on economic integration with India, pointing to the diversification with companies like HCL, Infosys and the Tatas entering Sri Lanka. In the garment field — where Sri Lanka already imports Indian textiles and exports finished products elsewhere — Colombo would be interested in exporting it back to India, “maybe quota free or with some kind of concessions”.

Also, Sri Lanka is hoping to get Indian companies to relocate to Sri Lanka instead of Vietnam, Moragoda said, underscoring that Wickremesinghe has taken over charge of international trade by bringing it under his finance ministry.