After a no-show, this month's snowfall was good news for tourism and Olympics organizers, but ominous for climate change 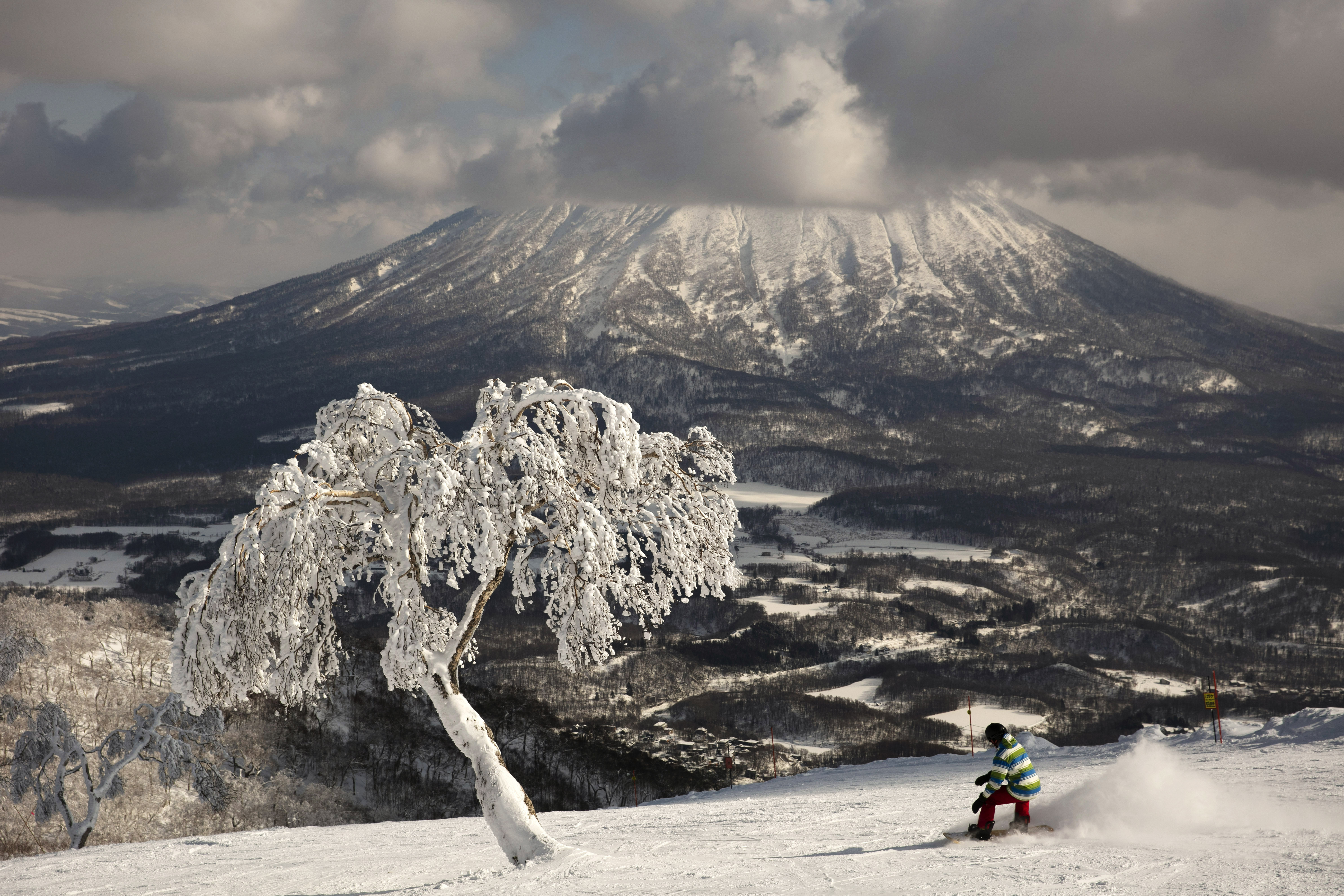 After two months of almost no snow, Japan's northern city of Sapporo was overwhelmed with the white stuff.

Earlier this month, about 14 inches (34 centimeters) fell in just six hours following the nearly barren months of December and January.

A man snowboards down a slope overlooking Mount Yotei at a ski resort Feb. 5, 2020, in Niseko, Hokkaido, Japan. “There’s a lot less snow,” said Nguyen Nguyen, a skier visiting from Hong Kong. “This is definitely the worst I’ve ever seen it.”
AP
Advertisement

The snowfall was good news for tourism, for the “look” of the annual Sapporo Snow Festival, and for organizers who hope to bring the 2030 Winter Olympics to the city. Sapporo hosted the Winter Olympics back in 1972.

A man walks across an icy street Feb. 6, 2020, in Sapporo, Hokkaido, Japan. After two months of almost no snow, Japan's northern city of Sapporo was overwhelmed with the white stuff.
AP

But the lack of snow — and then an abundance of it — is also a sign that the local climate is changing, which has researchers in the area watching the weather very closely.

“We often have this kind of event," Dr. Tomonori Sato, an associate professor at Hokkaido University, told The Associated Press. “However, the magnitude was abnormal. This maybe is because of warming temperatures.”

Sato predicts that Hokkaido, the island where Sapporo is located, will have more warming winters, which has to be a worry for an area that is officially bidding for the Winter Olympics.

According to Sato, January’s average daily minimum temperature in Sapporo has been continually rising: almost 16.2 degrees Fahrenheit (9 C) over the course of a century based on his analysis.

“It has shifted dramatically,” Sato said.

Sato said there will be snow if Sapporo gets the Winter Olympics. But he could't guarantee much snow 80 years from now.

"Even if Sapporo gets snow, it will melt right away,” Sato said. “At the end of this century, it will be difficult maintain the snow festival.”

In fact, it was difficult to keep the snow festival going this year.

Trucks had to bring in snow from everywhere to keep the festival going, an event that attracts hundreds of thousands of tourists. The city's 40-year-old ski marathon event was cancelled due to a lack of snow.

Paul Sheehan, an Australian who has been coming to Japan for several years to build snow sculptures, noticed the difference this time in Sapporo's Odori Park.

“Previous years, we’ve had three, four meters of snow," he said. “Where we are standing now, last year we were a meter higher. We are now standing one meter lower.”

Snapshots from a snowy Sapporo:

A man walks through a snow storm past a coffee shop Feb. 5, 2020, in Sapporo, Hokkaido, Japan.
AP

A man rides his bike as snow is pile up in front of a ramen restaurant in Sapporo, Hokkaido
AP

A commuter rides a tram during a snow storm in Sapporo, Hokkaido
AP

A woman stands on a snow-covered platform as a train approaches a station Feb. 3, 2020, in Biei, central Hokkaido
AP

A tourist walks down the steps of an ice castle at the Lake Shikotsu Ice Festival in Chitose, Hokkaido
AP

Fighting to preserve the magic of Lower Fifth Avenue