Advertisement
Home / World / Singapore sourcing nurses from outside including India

Singapore sourcing nurses from outside including India

This will make up for about 10% of current nursing workforce, and is 700 more than total number of nurses onboarded last year 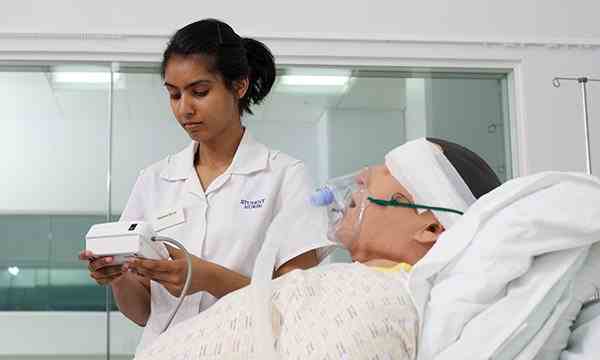 Amid growing global demand for nurses, Singapore has a competitive edge owing to its proximity to source countries such as the Philippines and India as well as relatively painless application process, according to healthcare workers and experts.

Singapore is also attempting to replace nurses lost to other nations during the pandemic, including by dangling bigger pay packets, but retention is an issue with some of these nurses eyeing a move to other countries due to difficulties settling down here, Channel News Asia reported on Wednesday.

According to the Singapore Nursing Board, foreign-trained nurses who wish to work in Singapore must sit for a licensure examination and undergo a competency assessment.

This is unlike other countries such as the United States or the United Kingdom, where foreigners seeking employment may also need to take extra steps such as an English language test.

The cost of each test typically ranges between USD180 to USD325, depending on where they sit for it, which may deter some from applying to such countries, according to the Channel report.

"Nurses have many more options today than they had previously because the pandemic has compelled everyone to basically prioritise nurses," said Associate Professor Jeremy Lim from the National University of Singapore's Saw Swee Hock School of Public Health.

He said being close to their family while working overseas was another important consideration for foreign nurses.

"Many of the nurses come from the Philippines or from regional countries, and people leave their home countries to earn money, but they still want to be reasonably close to home," Assoc Prof Lim added.

"So Singapore, frankly, benefits from our proximity to the Philippines, to India, to Myanmar, as opposed to the US to the European countries and we have an intrinsic edge when it comes to recruiting foreign nurses," the Channel had Prof Lim as saying.

Earlier in November, Health Minister Ong Ye Kung announced that Singapore would add close to 4,000 new nurses to its workforce by the end of 2023.

This would make up for about 10 per cent of the current nursing workforce, and is 700 more than the total number of nurses onboarded last year.

Of these 4,000 nurses, a higher proportion will be foreigners -- with a ratio of about 60:40 with local - to make up for the slowdown in foreign nurse recruitment due to COVID-19 border restrictions over the past two years.