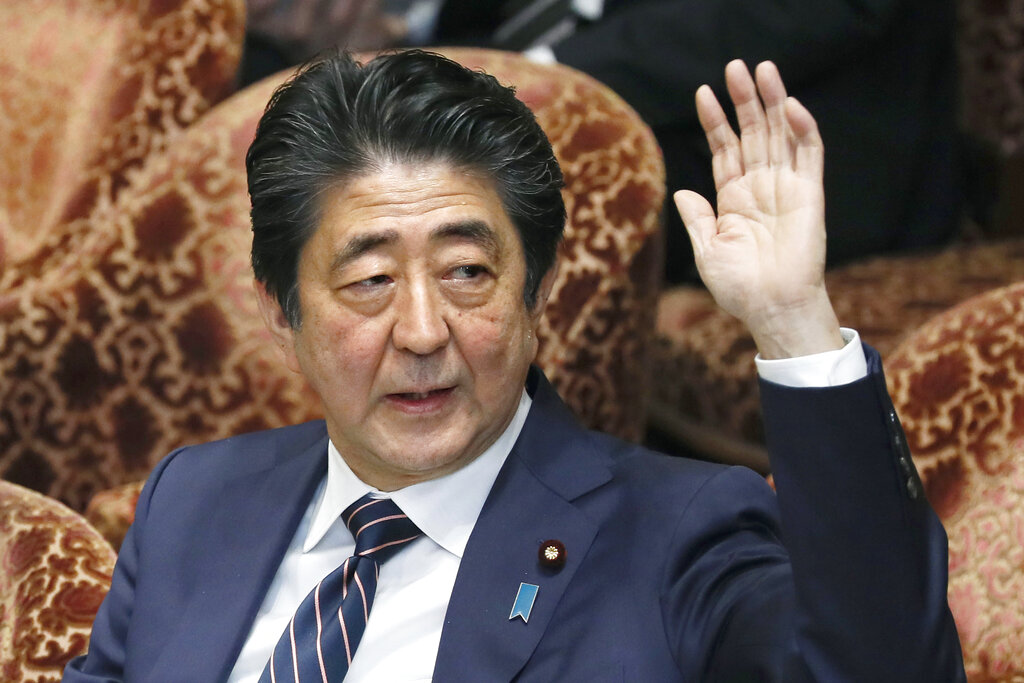 Japanese Prime Minister Shinzo Abe and his chief spokesperson declined on Monday to say if Abe had nominated President Donald Trump for the Nobel Peace Prize, though they praised Trump for dealings with North Korea.

Questioned in Parliament about reports he had done so, Abe said: 'In light of the Nobel Committee's policy of not disclosing recommenders and nominees for 50 years, I decline to comment.'

Neither the Prime Minister nor his spokesperson denied Trump's comment to reporters on Friday that Abe had nominated him. Trump said Abe had sent him a 'beautiful copy' of a letter sent to the Nobel committee.

Trump's claim could not be immediately verified.

Abe added that Trump had also passed on to North Korean leader Kim Jong-un Japan's own concerns about abductions of Japanese citizens by Pyongyang, saying 'he and the entire White House also actively cooperated in resolving the issue”.

Former President Barack Obama was awarded the Nobel Peace Prize in 2009, his first year in office, for laying out the US commitment to 'seek the peace and security of a world without nuclear weapons.'

Trump complained Friday that Obama was there 'for about 15 seconds' before he was awarded the prize.

The deadline each year for nominations is midnight, January 31. According to the website of the Nobel committee, there are 304 candidates for the Nobel Peace Prize for 2019. It said 219 are individuals and 85 are organisations.

The US is Japan's ally and anchor for national defence and Abe has assiduously cultivated cordial ties with Trump. He was the first foreign leader to meet with Trump after he won the 2016 presidential election.

Trump's landmark June 2018 summit with Kim in Singapore was replete with pomp but thin on substance.

However, North Korea has refrained from nuclear and missile tests since the US redoubled its diplomatic efforts early last year. That's a welcome development for Japan, which sits well within the range of Pyongyang's missile tests and has sometimes had the test rockets land in its territorial waters.

Abe personally has a large political stake in making progress on resolving the abductions issue with North Korea, an important issue for his nationalist political base.

The Nobel Committee chooses the recipient of the prize in early October by a majority vote and then announces that choice. The prize is awarded on December 10, in Oslo, Norway.