Sharp ‘rise in attacks on civilians’ 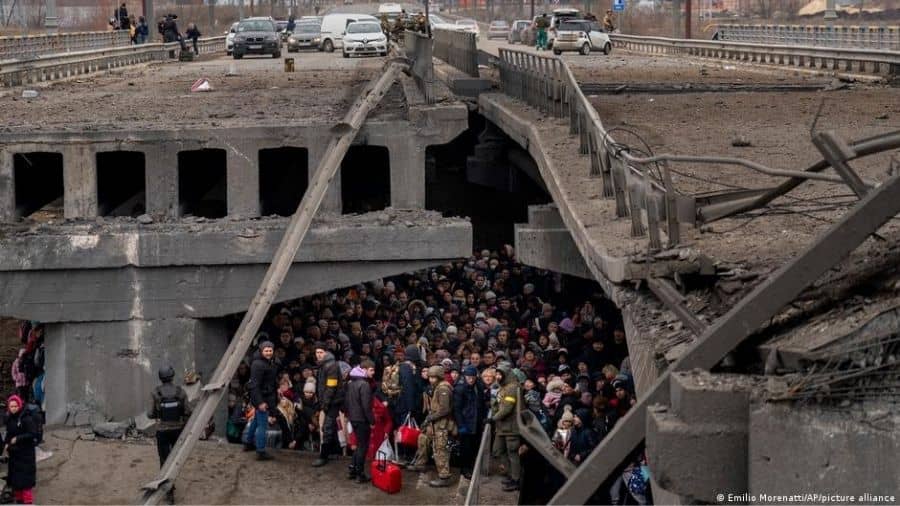 Russian attacks on civilian sites sharply increased in the second half of June, Ukrainian officials say, with the strikes involving older and more imprecise weapons from Moscow’s Soviet arsenal that result in greater casualties.

Over 200 missiles were fired on Ukraine in that period — more than double the amount in the first half of the month — Brigadier General Oleksii Hromov said at a news conference on Thursday.

Some of the deadliest strikes occurred in the past week. On Monday, two old Kh-22 missiles hit a mall in the industrial city of Kremenchuk, killing at least 20 people, and an attack in the northeastern city of Kharkiv killed five people and wounded 22. And on Friday morning, missiles ripped into an apartment building in a town near Odessa, killing 21 people and injuring dozens.

Russia has claimed that it aims only at targets of military value — even though some were hundreds of miles from the front lines in eastern Ukraine — and that whenever a civilian facility was hit, it was one that the Ukrainian military had co-opted for use as a command post, a shelter for foreign fighters or storage for weapons.

The Kremlin’s spokesman, Dmitri S. Peskov, told reporters on his daily conference call on Friday that Russia targeted ammunition and arms depots, plants that manufacture and repair military equipment, and places where “foreign mercenaries” and “nationalist elements” are based.

“In Odessa, the Kyiv regime is preparing another sophisticated provocation to accuse the Russian Armed Forces of killing civilians(including minors) and purposefully destroying civilian infrastructure using cluster munitions prohibited by international agreements,” the head of the National DefenceControl Centre of the Russian Federation, Colonel-GeneralMikhail Mizintsev, said in a news release on Saturday in an apparent reference to Friday’s attack.

“All participants in the staged scenes after the video filming are provided with a cash reward in the amount of $500, while $100 has already been paid to each in advance,” the news release claimed.

But from the start of the war, Russia’s forces have shelled civilian areas and rendered some towns and cities uninhabitable.

Attacks have struck people in bread lines and on playgrounds, as well as apartment blocks, theatres and hospitals.

It was a minor victory for Ukraine in a larger war for the country’s identity as the Russian army continues its onslaught, attempting to manifest through force of arms President Putin’s vision of Ukraine as part of Russia.

But it was a victory nonetheless: On Friday, the UN cultural body, Unesco, declared borscht, a red soup featuring a broth infused with beets that can include mushrooms, fish or sweet peppers, to be part of Ukraine's “intangible cultural heritage”.

The decision came after Ukraine's ministry of culture submitted an emergency request to Unesco to fast-track its decision on safeguarding borscht-making as a Ukrainian tradition. “Victory in the war for borscht is ours,” Oleksandr Tkachenko, Ukraine’sminister of culture, said.