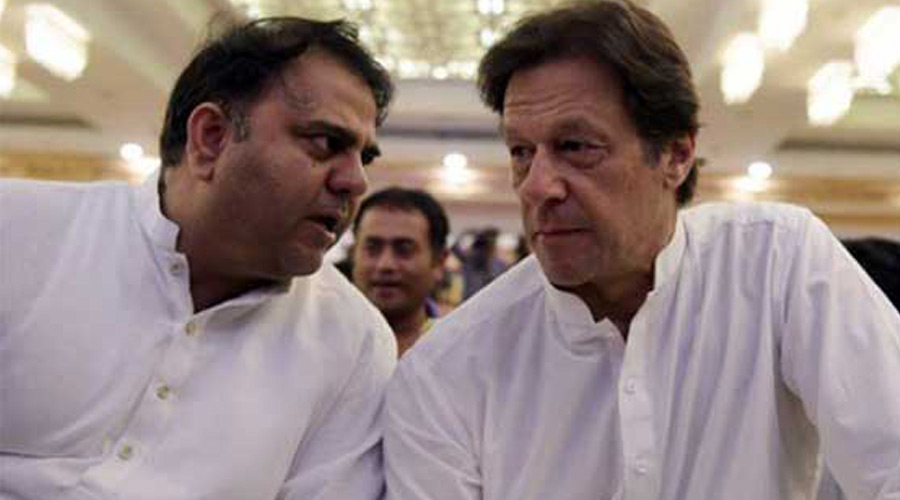 Fawad, a close aide of ousted prime minister Khan, was taken into custody from his residence in Lahore after a case was registered against him at Kohsar Police Station on the complaint of the Secretary Election Commission of Pakistan (ECP).

An official PTI Twitter account also posted videos, showing a convoy of police vehicles which the party claimed was carrying Chaudhry after his arrest.

The arrest of Fawad, 52, came amidst rumours that the government may arrest PTI chief and former premier Khan.

Fawad’s arrest comes after he, along with scores of party workers, gathered outside Khan’s Zaman Park residence in Lahore, claiming to avert the government’s alleged plan to arrest the party chief.

The arrest of Fawad further deepens political fault lines in Pakistan where the Khan-led opposition is demanding snap polls.

General elections in Pakistan are due after August. However, Khan is demanding snap polls.

“He (Chaudhry) was taken away from outside his house at 5:30 am in four cars that did not have any number plates,” Faisal Chaudhry, the PTI leader’s brother, was quoted as saying by the Dawn newspaper.

He said that the family was unaware of Fawad's current location.

“We are also not being given any details of the FIR (first information report) registered against him.” The FIR stated that Fawad, in a speech outside Khan’s house, threatened ECP and said that “those who become part of the caretaker government (in Punjab) will be pursued until they are punished”.

Later in a tweet, the Islamabad police said that Fawad tried to “incite violence against a constitutional institution” and “inflame the sentiments of the people”.

It added that the case will be processed as per the law.