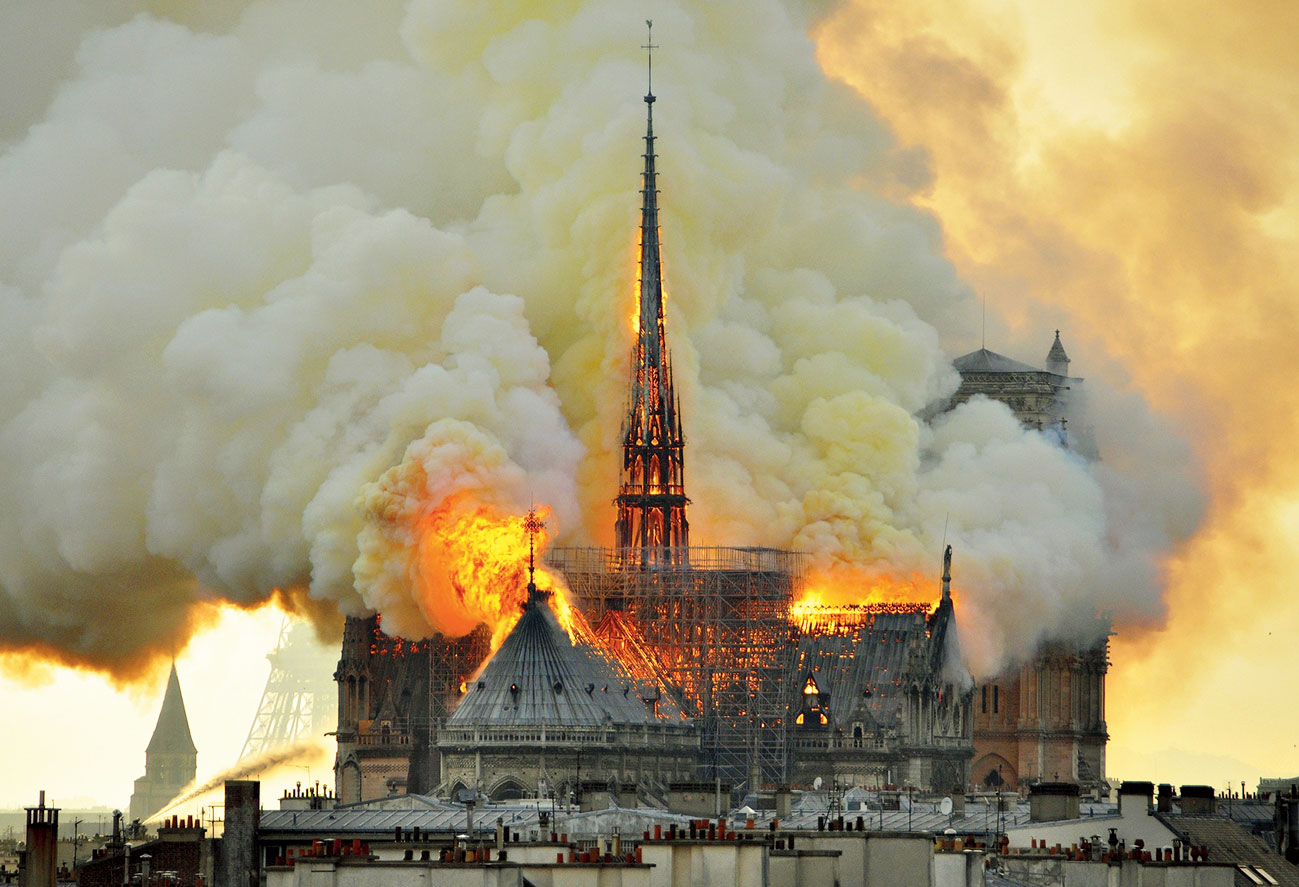 The architect who oversaw the design of the fire safety system at Notre-Dame acknowledged that officials had misjudged how quickly a flame would ignite and spread through the cathedral, resulting in a much more devastating blaze than they had anticipated.

The system was based on the assumption that if the cathedral ever caught fire, the ancient oak timbers in the attic would burn slowly, leaving ample time to fight the flames, said Benjamin Mouton, the architect who oversaw the fire protections.

Unlike at sensitive sites in the US, the fire alarms in Notre-Dame did not notify fire dispatchers right away. Instead, a guard at the cathedral first had to climb a steep set of stairs to the attic — a trip Mouton said would take a “fit” person six minutes.

Only after a blaze was discovered could the fire department be notified and deployed. That means even a flawless response had a built-in delay of about 20 minutes — from the moment the alarm sounded until firefighters could arrive and climb to the attic with hundreds of pounds of hoses and equipment to begin battling a fire.

Those delays turned out to be devastating.

“I was stunned by the speed with which the oak in Notre-Dame burned,” Mouton said. “Oak that old can’t burn like a match. It’s absolutely incomprehensible.”

But fire safety experts said that Mouton and his team underestimated the risk — and that the fire response they designed was far too slow to fight a blaze in time.

“It doesn’t make any sense,” said Jonathan Barnett, a fire safety authority at Basic Expert in Australia. “Twenty minutes is a huge delay before you get people involved. Once that heavy timber starts to burn, you can’t put it out. So I have no idea why they built in this delay.”

Once lit, he said, “It is like throwing a match in a matchbox, it’s impossible to put out.”

For him the surprise was not that Notre-Dame burned this week, but “that it didn’t burn before”.

Mouton and his team were not solely responsible for all the decisions made to secure a monument as precious as Notre-Dame. At a minimum, their plans required approval up the chain at the culture ministry.

Charlotte Hubert, who presides at the same group of chief architects in charge of historical monuments that Mouton belongs to, underscored that security at such buildings was tightly regulated.

“The chief architect isn’t handed the keys and left to do exactly as he wants,” Hubert said.

Still, fire experts said that two of the top officials on the project, Mouton and a former firefighter, Lt Col Régis Prunet, appeared to have miscalculated what was needed to protect such an unusual, complex and irreplaceable building from a fire.

Scientists consulted by The New York Times said fire dynamics indicated that, while the dense timbers may take time to burn completely, a fire would naturally race across the original timbers at Notre-Dame. It was a mistake to assume otherwise, they said.

Mouton was the architect in charge of Notre-Dame between 2000 and 2013, and in that position he oversaw a revamp of fire safety.

“The issue of fire safety was brought up as soon as I arrived,” he said. “I managed the issue from beginning to end.”

Prunet, the former firefighter, became fire safety adviser at the culture ministry and worked with Mouton and his team.

The two men faced a monumental task. There was no proper fire protection plan in place, not even a plan to evacuate tourists or worshippers in case of a blaze, Prunet said in a separate interview. It was a miracle that nothing had happened before, he said, and “a great irony” that it should happen so soon after a plan was put in place.

Both Mouton and Prunet said they had been given a free hand to design the most effective fire protection system. Money was not an issue. When the budget came in higher than expected, the authorities found the money.