Over 870,000 people have fled the invasion-torn country till now 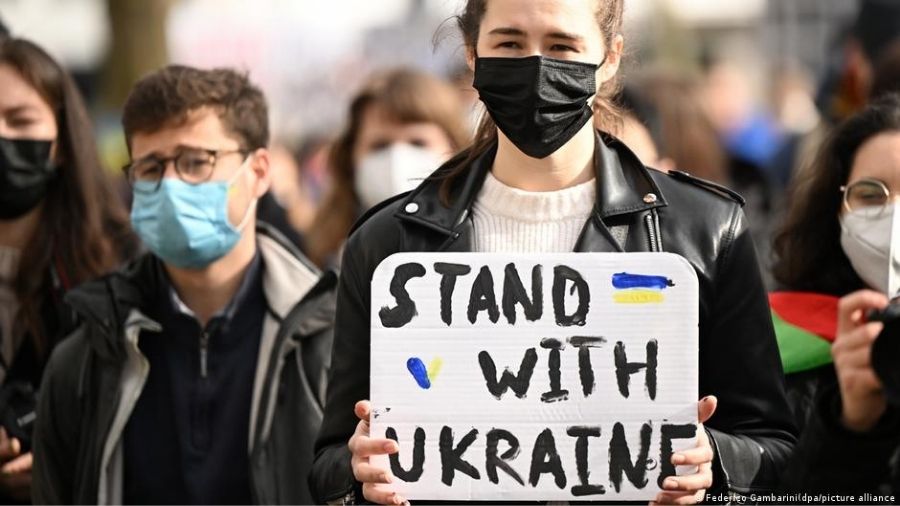 Moscow's attack on its neighbour has yet to overthrow the government in Kyiv but thousands are thought to have died or been injured and it could cause another deep hit to the global economy still emerging from the coronavirus pandemic.
Reuters
Reuters   |   Kyiv   |   Published 03.03.22, 07:16 AM

Russian troops are in the southern Ukrainian city of Kherson and forced their way into the council building, the mayor said after a day of conflicting claims over whether Moscow had made the first major gain of a city in its eight-day-long invasion.

The incursion has yet to overthrow the government in Kyiv but thousands are reported to have died or been injured and more than 870,000 have fled Ukraine.

The biggest attack on a European state since 1945 has also caused ructions in a global economy still recovering from the COVID pandemic, led to a barrage of sanctions against Russia and stoked fears of wider conflict in the West.

For Russians, the fallout has included queues outside banks, a plunge in the value of the rouble, and an exodus of firms while Ukrainians are counting the cost of bombings despite fresh global support, including at the United Nations.

The Black Sea port of Kherson, a southern provincial capital of around 250,000 people, is strategically placed where the Dnipro River flows into the Black Sea and would be the first significant city to fall into Moscow's hands.

Russia's defence ministry said on Wednesday morning it had captured Kherson but several hours later an adviser to President Volodymyr Zelenskiy responded the Ukrainian side was continuing to defend the location.

Late on Wednesday, Mayor Igor Kolykhayev said Russian troops were in the streets.

"There were armed visitors in the city executive committee today," he said in a statement. "I didn't make any promises to them... I just asked them not to shoot people."

He called on civilians to walk through the streets only in daylight and in ones and twos.

Russia calls its actions in Ukraine a "special operation" that is not designed to occupy territory but to destroy its neighbour's military capabilities and capture what it regards as dangerous nationalists. It denies targeting civilians.

In other incidents, bombing in Kharkiv, a city of 1.5 million people, has left its centre a wasteland of ruined buildings and debris.

An explosion also rocked the Kyiv railway station during the night, where thousands of women and children were being evacuated.

An interior ministry adviser said the blast was caused by wreckage from a downed Russian cruise missile, not a direct rocket strike. There were no immediate reports of casualties.

A U.N. resolution reprimanding Moscow for its invasion was supported by 141 of the assembly's 193 members, a symbolic victory for Ukraine that increases Moscow's international isolation.

"More is at stake even than the conflict in Ukraine itself. This is a threat to the security of Europe and the entire rules-based order," said U.S. Secretary of State Antony Blinken.

An investigation into possible war crimes will immediately be opened by the International Criminal Court, following requests by 39 of the court's member states, an unprecedented number.

No one at Russia's foreign ministry was available for comment when contacted out-of-hours.

Diplomatic efforts to resolve the crisis have so far failed.

Russian Foreign Minister Sergei Lavrov said Moscow still sought Ukraine's "demilitarisation" and that there should be a list of specified weapons that could never be deployed on Ukrainian territory. Moscow opposes Kyiv's bid to join NATO.

A Ukrainian delegation had left for a second round of talks with Russian officials on a ceasefire after a first round made little progress on Monday, Ukrainian presidential adviser Mykhailo Podolyak told Reuters.

The U.N. Human Rights Office said it had confirmed the deaths of 227 civilians and 525 injuries during the conflict as of midnight on March 1, mostly caused by "the use of explosive weapons with a wide impact area".

It cautioned that the real toll would be much higher due to reporting delays.

Russia's defence ministry said 498 Russian soldiers had died and another 1,597 had been wounded since the start of the invasion, the first time Moscow put a figure on its casualties.

It said more than 2,870 Ukrainian soldiers and "nationalists" had been killed, Interfax news agency reported.

Ukraine said more than 7,000 Russian soldiers had been killed so far and hundreds taken prisoner.

The figures could not be independently verified.

Russia's main advance on the capital - a huge armoured column, stretching for miles along the road to Kyiv - has been largely frozen in place for days, Western governments say.

The Kremlin's decision to launch war - after months of denying such plans - has shocked Russians accustomed to viewing Putin, their ruler of 22 years, as a methodical strategist.

It has also prompted global firms such as Apple, Exxon and Boeing to join an exodus from Russian markets.

Russia's rouble currency plunged to a new record low on Wednesday, a slide that will hit Russians' living standards, and the stock market remained closed.

The central bank, itself under sanctions, has doubled interest rates to 20% and Fitch downgraded Russia's sovereign credit rating to 'junk' status.

Forbes reported Germany had seized Russian billionaire Alisher Usmanov's mega yacht in a Hamburg shipyard, while at least five superyachts owned by billionaires were anchored or cruising in the Maldives, an Indian Ocean island nation that does not have an extradition treaty with the United States, data showed.

Russian businessman Roman Abramovich said he would sell London's Chelsea Football Club and donate money to help victims of the war in Ukraine.