The Russian President remarks came at a plenary session of the Valdai International Discussion Club, a Moscow-based think-tank on October 27 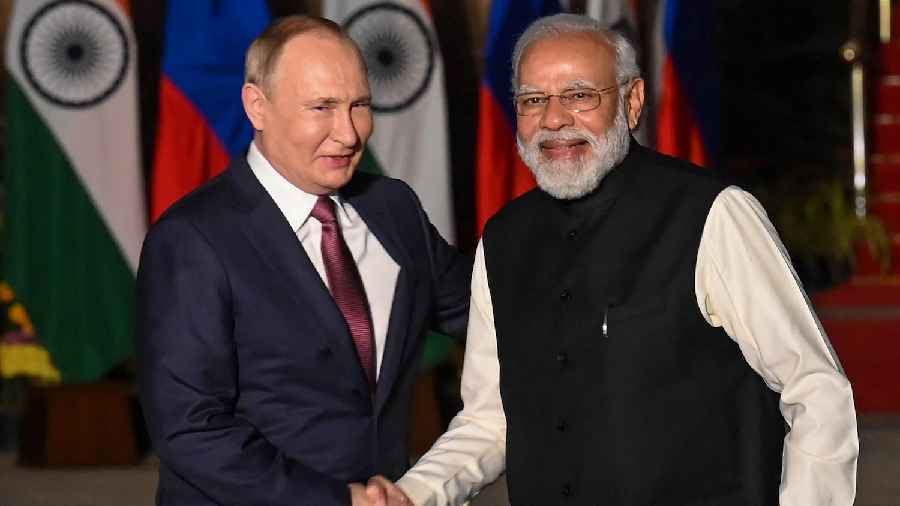 Russia has special ties with India and they have always supported each other and will remain so in the future, President Vladimir Putin has said, as he praised Prime Minister Narendra Modi for pursuing an "independent foreign policy" in the interest of his country.

Putin's remarks came at a plenary session of the Valdai International Discussion Club, a Moscow-based think-tank on Thursday.

He said Russia and India continue to cooperate in the military and technical areas.

We have special ties with India that are built on the foundation of really close allied relations for decades. We never had any outstanding issues with India, we have always supported each other and I'm positive that's how it will remain in the future as well, Russian state media RT quoted Putin as saying.

Putin's comments came more than a month after Prime Minister Modi told him that today's era is not of war as they met on the sidelines of the Shanghai Cooperation Organisation's summit in Samarkand, Uzbekistan in September.

India has not yet condemned the Russian invasion of Ukraine and it has been maintaining that the crisis must be resolved through diplomacy and dialogue.

"PM Modi is one of those individuals in the world who is able to pursue an independent foreign policy in the interest of his country, and his people without any attempts to stop him, said Putin.

Russia has been a major supplier of military hardware to India. In October 2018, India signed a USD 5 billion deal with Russia to buy five units of the S-400 air defence missile systems, notwithstanding a warning by the US that going ahead with the contract may invite sanctions under the provisions of Countering America's Adversaries Through Sanctions Act (CAATSA).

Putin said India has walked a great development path from being a British colony to its modern state and this has yielded significant results for the country's almost 1.5 billion people.

"It (India) attracts general respect from everyone in the world. A lot has been done in recent years under PM Modi's leadership. He is a true patriot of his country. And this concept of his, Make in India', is a significant effort. (India) really has progressed in its development. A great future lies ahead of it, Putin said, according to a translation of his remarks by the Russian Embassy in India.

(India) is not only the largest democracy, in a good sense of this word, but it should be proud of its growth rate, that's the basis of its progress and development, Putin added.

The Russian leader said that the economic cooperation between Delhi and Moscow is growing as well.

Prime Minister Modi asked me to increase fertiliser supplies which is crucial for Indian agriculture and we have done that, he said, adding that the supplies have been increased 7.6 times without giving details.

Putin said he believes that countries such as India not only have a great future ahead of them, but are going to have a growing role in forming global policies.

His comments came ahead of External Affairs Minister S Jaishankar's visit to Moscow on November 8.

Jaishankar to visit Moscow on Nov 8