Four US soldiers killed in plane crash during NATO exercise 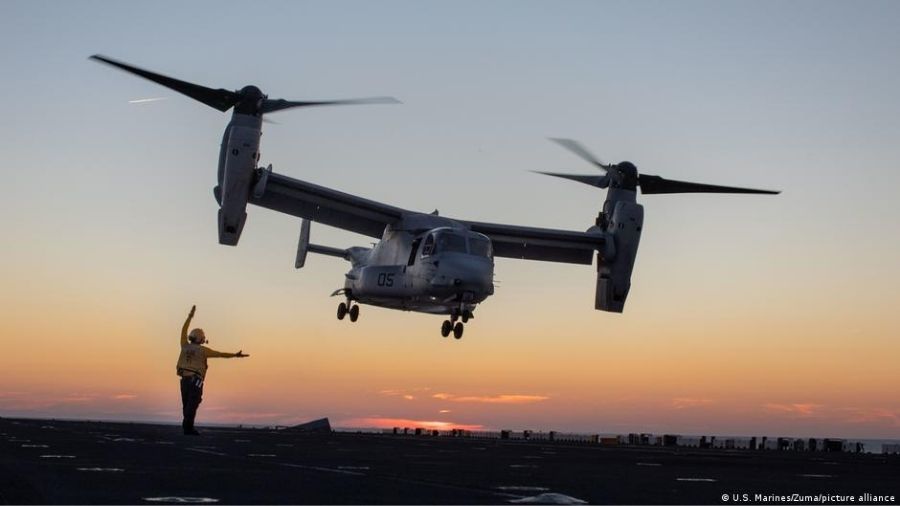 A US Marines Osprey aircraft similar to this one crashed in Norway killing four soldiers on board
Deutsche Welle
Deutsche Welle   |   Published 19.03.22, 05:26 PM

The four soldiers were onboard a US Marine Osprey that crashed north of the arctic circle. They were participating in exercise Cold Response in Norway.

Four US soldiers have died in Norway when the military aircraft they were traveling in crashed during NATO training exercises, the country's Prime Minister said on Saturday.

"It is with great sadness we have received the message that four American soldiers died in a plane crash last night," Prime Minister Jonas Gahr Store wrote on Twitter.

"The soldiers participated in the NATO exercise Cold Response. Our deepest sympathies go to the soldiers' families, relatives and fellow soldiers in their unit," he added

The US Marine Corps Osprey aircraft took part in aNATO training exercise when it went missing on Friday.

It was only discovered on Saturday when it crashed, north of the arctic circle. It took rescuers hours to reach the remote crash site.

"Police reached the crash site at around 01:30 CET (00:30 UTC). It is regrettably confirmed that all four on board the plane have perished," Ivar Bo Nilsson, head of the operation for Nordland police, said in a statement.

Police were investigating the cause of the crash, although they halted their work because of the weather conditions.

Norway's largest military exercise since the end of the Cold War

Held every two years, the exercise was planned long before the Russian invasion of Ukraine and helped to train multinational NATO forces in how to operate in the Arctic.

Some 30,000 troops from 27 countries were participating in military drills Defense department spokesman John Kirby said some 3,000 US Marines were taking part in the exercise.