War-torn nation is also getting an additional $1.7 billion from the US 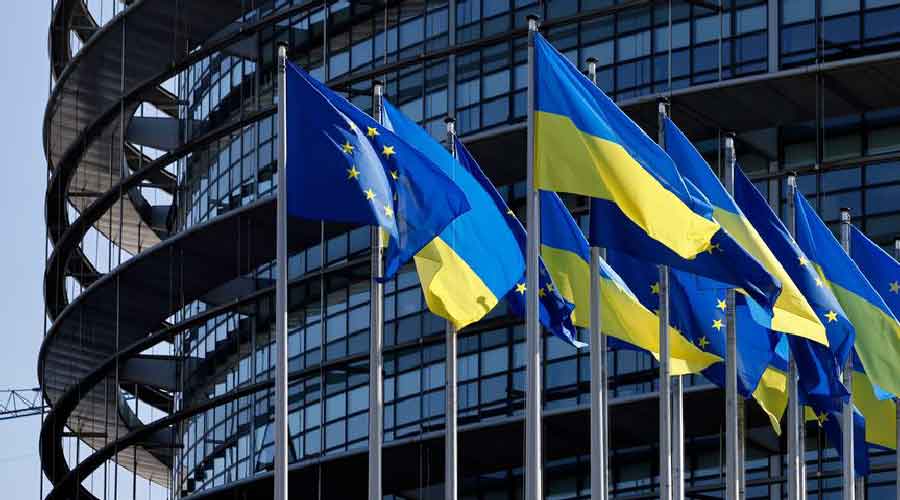 The European Union's financial assistance will come in the form of a loan. The United States has also announced an additional $1.7 billion in assistance to Ukraine.

The Council of the European Union, which represent the bloc's 27 individual member states, has agreed to send €1 billion ($1 billion) in financial aid to Ukraine as Russia's invasion intensifies.

It will be provided in the form of loans, building on an initial €1.2 billion loan package from February.

"This will give Ukraine the necessary funds to cover urgent needs and ensure the operation of critical infrastructure," said Zbynek Stanjura, finance minister of the Czech Republic, which currently holds the EU's rotating presidency.

The money coming from the US Agency for International Development, the Treasury Department and the World Bank will be used to pay the health care workers' salaries and provide other essential services.

The new loan package was not without debate.

Although all 27 EU finance ministers were able to agree on the €1 billion loan, a further €9 billion remains held up because some member states have questioned whether a war-torn country like Ukraine is in a position to sign on to long-term loans.

"I wish the amount were greater," one EU diplomat told the AFP news agency, adding that talks were "on the right track."

The Ukrainian government said last week that its post-war reconstruction would cost €750 billion. Observers also estimate that Kyiv needs around €5 billion per month to keep the economy afloat.

On the same day it announced the aid package, the European Commission, the bloc's executive arm, also said it had frozen the assets of sanctioned Russian individuals and entities to the tune of €13.8 billion.

"For the moment, we have frozen funds coming from oligarchs and other entities worth €13.8 billion — it's quite huge," EU Justice Commissioner Didier Reynders said on Tuesday.

But, he added, "a very large part, more than €12 billion, comes from five member states, so we need to continue to convince others to do the same."