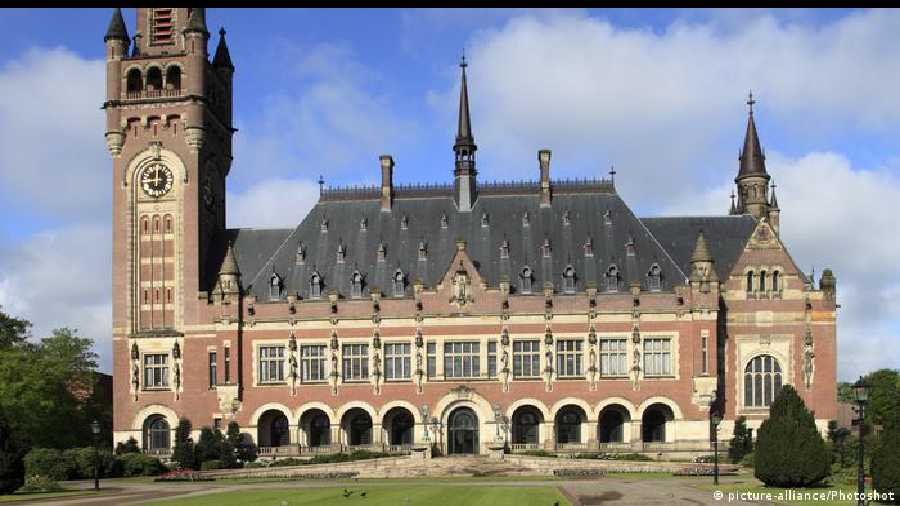 The International Court of Justice (ICJ) on Monday said it would rule in the case that Ukraine has brought against Russia on March 16.

The announcement was made on the ICJ's Twitter that it would announce its decision on the case, which has been named "Allegations of Genocide under the Convention on the Prevention and Punishment of the Crime of Genocide (Ukraine v. Russian Federation)."

PRESS RELEASE: the #ICJ will deliver its Order in the case concerning Allegations of Genocide under the Convention on the Prevention and Punishment of the Crime of Genocide (#Ukraine v. #Russia) this Wednesday, 16 March, at 4 p.m. (The Hague) https://t.co/RmzeTuRbre pic.twitter.com/GKG93WTDAK

The ruling is set to be made at the Peace Palace in The Hague, the Netherlands, at 4:00 p.m. local time.

The ruling is in response to a suit Ukraine filed on February 27 following Russia's accusations that Ukraine was committing genocide against Russian speakers. Ukraine denies these allegations, and Ukraine's President Volodymyr Zelensky said that Russia is distorting and manipulating the very concept of genocide as a pretext for the Russian invasion of Ukraine.

"Russia must be held accountable for manipulating the notion of genocide to justify aggression. We request an urgent decision ordering Russia to cease military activity now and expect trials to start next week," Zelensky wrote on his Twitter account.

In a hearing which was boycotted by Russia on March 7, Ukraine asked the court to order Russia to cease military activities because it said the invasion was based on a faulty interpretation of the UN genocide treaty.