Partners who continue to work with us will not look at these caps and will not give any guarantees to those who illegally introduce them, says the Russian foreign minister 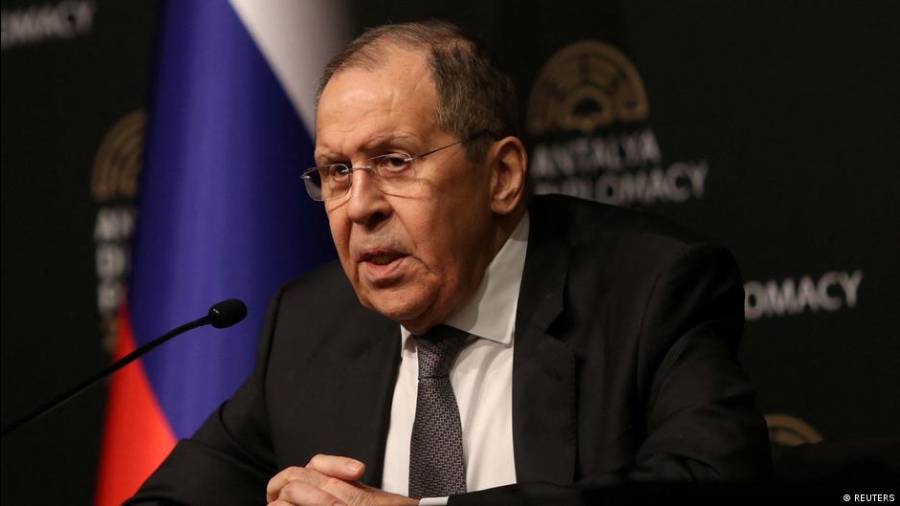 Russia on Thursday said it was not bothered at a possible price cap on its crude oil proposed by the West, saying Moscow will negotiate directly with its partners like India and China as the price should be decided between the producers and consumers, and "not someone who just decided to punish someone."

Members of the G7 have agreed to impose a price cap on Russian oil in a bid to hit Moscow's ability to finance the war in Ukraine. Countries want to reach an agreement ahead of December 5, when Europe's embargo on Russian crude travelling by sea takes effect.

Russian Foreign Minister Sergey Lavrov told a press conference on European security issues that Moscow was not bothered about the price cap set to be imposed by the West on its oil exports.

"We are not interested in what the price cap will be, we will negotiate with our partners directly, and the partners who continue to work with us will not look at these caps and will not give any guarantees to those who illegally introduce them," he was quoted as saying by the state-run Tass news agency.

Lavrov stressed that there is always a balance of interests in negotiations with India, China, Turkey, and other major buyers of Russian energy resources in terms of timing, volumes, and prices.

"It should be decided on a mutual basis between producers and consumers, and not someone who just decided to punish someone," the Russian foreign minister said.

The introduction of a price cap on Russian oil will mean that countries that agree to the policy will only be permitted to purchase Russian oil and petroleum products transported via sea that are sold at or below the price cap.

Lavrov added that the attempts to set a cap on oil prices send a signal to all states about the need to move away from the instruments imposed by the West.

"This is certainly an interesting development of events, which, among other things, sends a very powerful long-term signal to all states without exception to consider abandoning the mechanisms imposed by the West within its globalisation systems," he said.

Official representative of the Russian Foreign Ministry Maria Zakharova said earlier that the introduction of a mechanism to limit prices for Russian oil could greatly complicate the situation on global markets and would have devastating consequences for everyone.

"We have repeatedly said that such measures the so-called cap on Russian oil prices - are not just a non-market mechanism, this is an anti-market measure that destroys supply chains and can significantly complicate the situation on global energy markets," she said.

Russian Deputy Prime Minister Alexander Novak said earlier that Russia will not supply oil to countries under the terms of the price cap, even if it would be more profitable.

Following Russia's invasion of Ukraine in February, the price of oil soared and has remained at high levels, allowing Russia to increase its revenues despite its oil export volumes falling.

The 27-member European Union plans to impose an embargo on Russian crude oil from 5 December. It will apply to crude shipped by tanker and most piped supplies.

The G7 consists of the UK, the US, Canada, France, Germany, Italy and Japan. The group is an organisation of the world's seven largest "advanced" economies, which dominate global trade and the international financial system.

At their virtual meeting in early September, the G7 finance ministers said the oil price cap plan was "specifically designed" to reduce Russian revenues and its ability to "fund its war of aggression". They also said they wanted to minimise the damaging economic fallout of the conflict, "especially on low and middle-income countries".

China's energy-hungry economy is one of the biggest customers for Russian oil and gas. Its purchases more than doubled compared with a year ago, to USD 10.2 billion in October, as Chinese importers took advantage of discounts offered by Moscow.