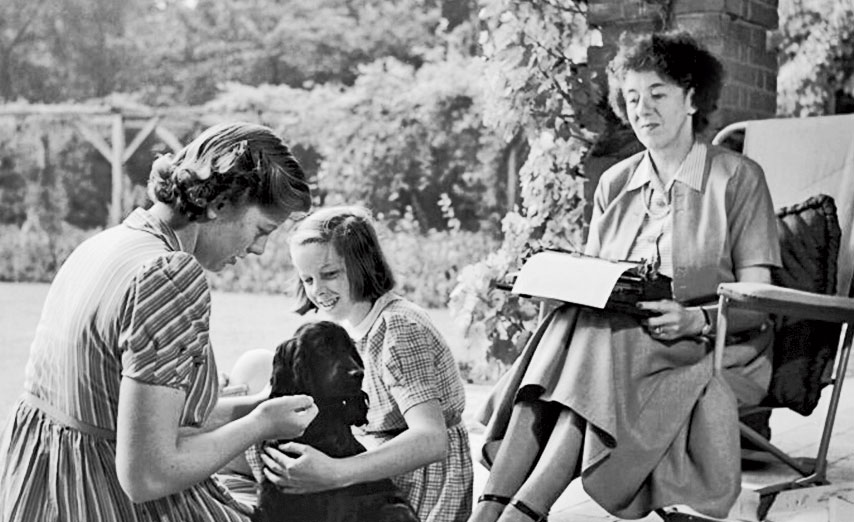 The Royal Mint decided not to honour best-selling — indeed, best loved — author Enid Blyton with a commemorative coin last year because its advisory committee dismissed her as “a racist, sexist, homophobe and not a very well-regarded writer”.

According to the Enid Blyton website, she “remains one of the world’s best-selling children’s authors”.

“Sales of her books are in excess of 500 million copies, and they have been translated into over 40 languages. In the UK she still sells more than one book a minute and many of her books have been adapted into films and TV series,” it says.

“As well as being regularly voted the UK’s best-loved author, according to Unesco, Enid Blyton is the most translated children’s author in the world.”

Among her best-loved books, which have a particularly big following in India, are the Famous Five tales, which she began in 1942 with Five on a Treasure Island.

The plots involve the children Julian, Dick, Anne and George (a tomboy who does not like to be called Georgina or put on pretty dresses) and their dog Timothy getting involved in some adventure or the other whenever they go off on their “hols” (short for holiday and much used in India).

In a Britain that is today multicultural, multi-ethnic and multi-religious (with three Indians and a Pakistani in the cabinet, for instance), some resent the absence of non-white children in the group. That the children clearly attend fee-paying public schools does not endear them to the Left, either.

Some literary critics have branded her a “Little Englander” and dismissed her stories as twee and middle-class. The fact is Blyton’s stories are set in an England long since vanished, and that might also explain their charm.

Criticism subsided in recent years after Blyton’s publishers re-jigged some of the characters and dialogue to help the author remain “relevant” to today’s youngsters.

Last month, the BBC announced plans for a new 13-part drama based on Blyton’s Malory Towers stories. It follows a new stage adaptation of the stories that opened to rave reviews.

The Royal Mint considered issuing a commemorative coin last year to mark the 50th anniversary of Blyton’s death in 1968 but its advisory committee feared there would be a public backlash.

Minutes of its meetings obtained by The Mail on Sunday reveal the committee killed off the plan because “she (Blyton) is known to have been a racist, sexist, homophobe and not a very well-regarded writer”.

Jilly Cooper, herself a popular novelist, dismissed the Royal Mint’s criticism as “rubbish”, saying: “Enid Blyton was a brilliant storyteller and her books have got millions of children hooked on reading. She definitely deserves a commemorative coin. I adore her and so do my grandchildren.”

Michael Rosen, the former Children’s Laureate, conceded: “On the negative side, she was some of the things she is being accused of. But at the same time she enabled millions of children to enjoy stories.”

Literary biographer Laura Thompson, who grew up loving Blyton’s work, commented: “I don’t think she can be described as sexist. George in The Famous Five and the girls at Malory Towers were very sparky and some of the boys seemed feeble by comparison. I also don’t get homophobic. Racist I can understand because of the Golliwog in Noddy.”