Trump praised Kim as "very open" and "terrific," despite the glacial pace of progress toward denuclearisation on the Korean Peninsula. 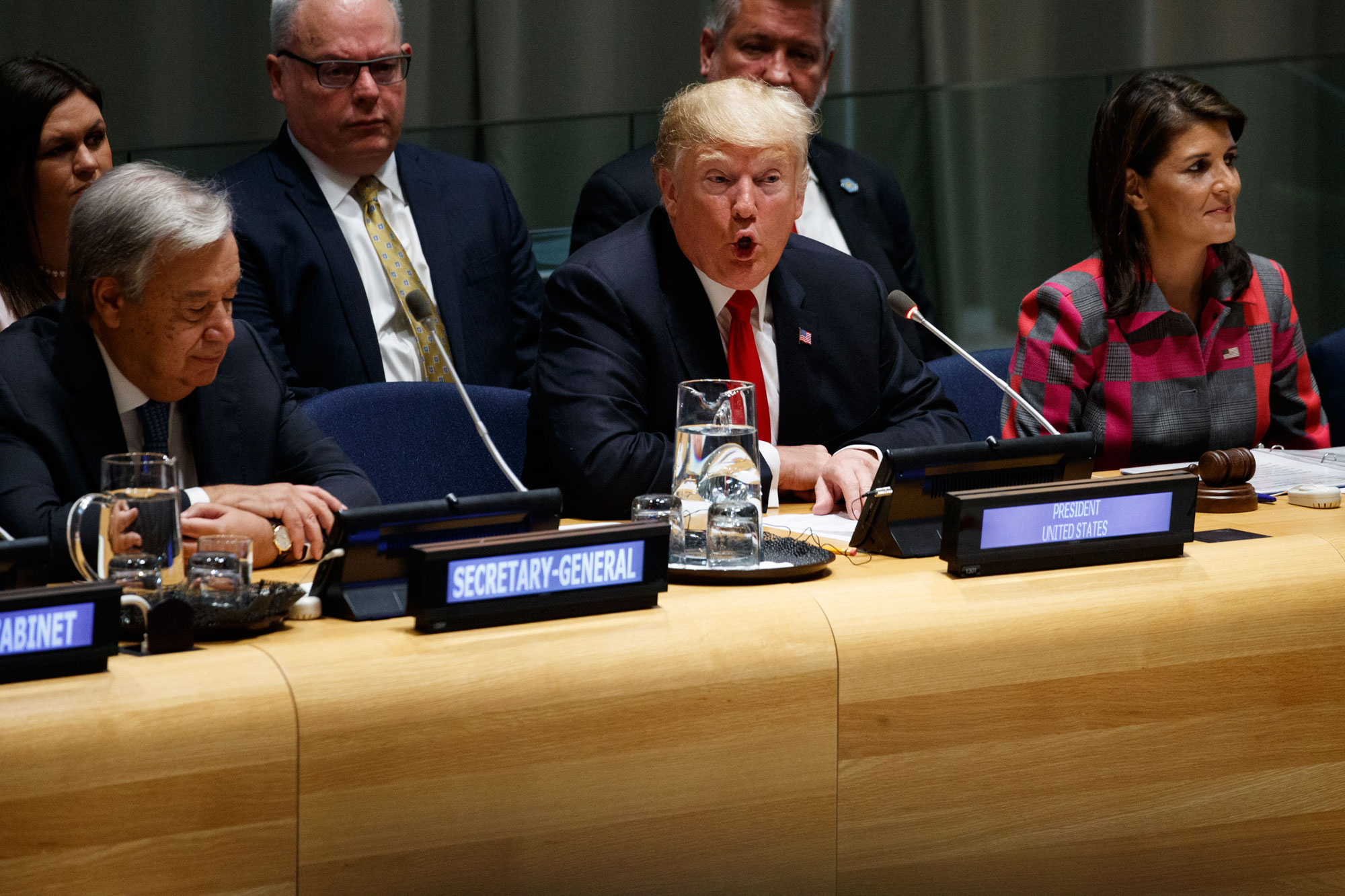 President Donald Trump raised hopes at the United Nations on Monday that a second meeting with North Korea's Kim Jong Un could occur 'quite soon,' striking a conciliatory tone one year after he used his debut at the UN to deride the autocrat as 'Little Rocket Man' and threaten to 'totally destroy North Korea.'

Trump praised Kim as 'very open' and 'terrific,' despite the glacial pace of progress toward denuclearisation on the Korean Peninsula.

US officials defended Trump's strategy of engagement with the erstwhile pariah state as the president embarked on a week of meetings with world leaders. The softer tone toward North Korea — once threatened with 'fire and fury' — has been replaced by rosy optimism, with Trump reserving tough rhetoric for another potential nuclear aspirant and strategic foe: Iran.

'It was a different world,' Trump said on Monday of his one-time moniker for the North Korean leader.

He said: 'That was a dangerous time. This is one year later, a much different time.'

Trump began his second visit to the UN with a brief meeting on the global drug trade before sitting down with South Korean President Moon Jae-in, who delivered a personal message to Trump from Kim after their inter-Korean talks last week in Pyongyang.

'You are the only person who can solve this problem,' Moon said to Trump, relaying Kim's words.

Trump, for his part, said: 'We are in no rush. We are in no hurry' to bring about a nuclear agreement. US officials are insisting that economic sanctions remain in place against the North until it eliminates its nuclear programme.

Trump said Secretary of State Mike Pompeo has been tasked with bringing about the second summit, despite an assessment by US officials that the North has not followed through on its commitments to take steps toward denuclearisation.

US ready to start nuclear negotiations with North Korea

Donald Trump is all praise for Kim Jong-un, but mum on nuclear move

Pompeo defended Trump's decision to seek another meeting despite the slow progress.

'We're bringing the two senior leaders, the individuals who can actually make the decisions that will move this process forward,' in hopes they can make a breakthrough, he said.

Trump said the location for the second summit is still to be determined, but officials have said the US leader is holding out hope it could take place on American soil. Such a move would itself present a complex political and logistical challenge for the North Korean leader. His trip to Singapore in June for the inaugural summit was anything but trivial.

Trump has often fondly invoked the Singapore summit, a made-for-TV event that attracted the world's media attention and largely received positive marks from cable pundits — reviews that were not repeated for his summit with Russia's Vladimir Putin in Helsinki the following month.

Trump and Moon on Monday signed a new version of the US-South Korean trade agreement, marking one of Trump's first successes in his effort to renegotiate economic deals on more favourable terms for the US.

Trump labelled it a 'very big deal' and said the new agreement makes significant improvements to reduce the trade deficit between the countries and create new opportunities to export American products to South Korea. He said US automobiles, pharmaceuticals and agricultural products will gain better access to Korean markets.

Some US officials worry that South Korea's eagerness to restore relations with the North — known as its 'sunshine policy' — could reduce sanctions pressure on Kim's government, hampering efforts to negotiate a nuclear accord.

The nuclear threat also was on the agenda at Trump's first meeting in New York, a dinner with Japanese Prime Minister Shinzo Abe on Sunday night. Abe stands first among world leaders in cultivating a close relationship with the president through displays of flattery that he has used to advance his efforts to influence the unpredictable American leader.

Trump is set to address the UN General Assembly on Tuesday morning and will chair a meeting of the Security Council on Wednesday on counter-proliferation. In both venues, US officials say, he is expected to offer a contrast between the path of negotiation chosen by North Korea and that of Iran.