Advertisement
Home / World / Reaching ‘herd immunity’ in the US is unlikely: Experts

Reaching ‘herd immunity’ in the US is unlikely: Experts

They are coming to the conclusion that rather than making an exit, the virus will most likely become a manageable threat that will continue to circulate 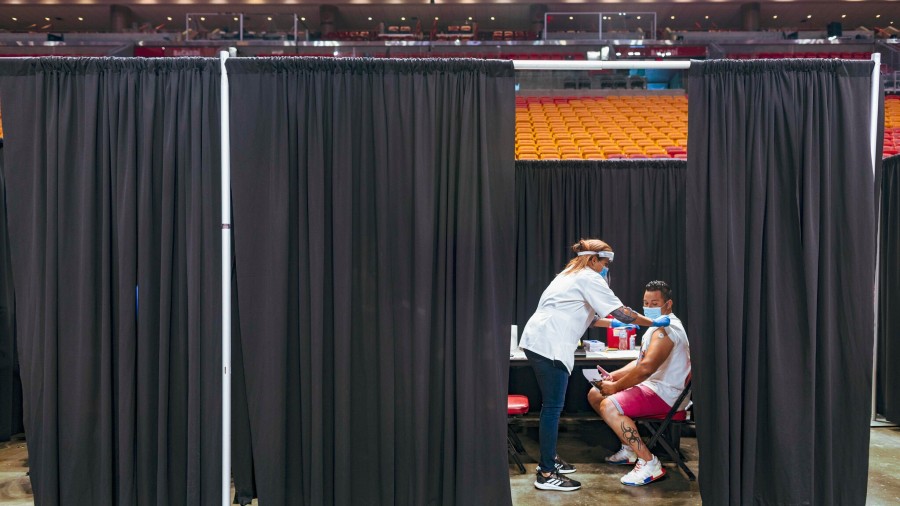 Continued immunisations, especially for people at highest risk because of age, exposure or health status, will be crucial to limiting the severity of outbreaks, if not their frequency
NYTNS
Apoorva Mandavilli   |   New York   |   Published 04.05.21, 01:54 AM

Early in the pandemic, when vaccines for the coronavirus were still just a glimmer on the horizon, the term “herd immunity” came to signify the endgame: the point when enough Americans would be protected from the virus so we could be rid of the pathogen and reclaim our lives.

Now, more than half of adults in the US have been inoculated with at least one dose of a vaccine. But daily vaccination rates are slipping, and there is widespread consensus among scientists and public health experts that the herd immunity threshold is not attainable — at least not in the foreseeable future, and perhaps not ever.

Instead, they are coming to the conclusion that rather than making a long-promised exit, the virus will most likely become a manageable threat that will continue to circulate in the US for years to come, still causing hospitalisations and deaths but in much smaller numbers.

How much smaller is uncertain and depends in part on how much of the nation, and the world, becomes vaccinated and how the coronavirus evolves. It is already clear, however, that the virus is changing too quickly, new variants are spreading too easily and vaccination is proceeding too slowly for herd immunity to be within reach anytime soon.

Continued immunisations, especially for people at highest risk because of age, exposure or health status, will be crucial to limiting the severity of outbreaks, if not their frequency, experts believe.

“The virus is unlikely to go away,” said Rustom Antia, an evolutionary biologist at Emory University in Atlanta. “But we want to do all we can to check that it’s likely to become a mild infection.”

The shift in outlook presents a new challenge for public health authorities. The drive for herd immunity — by the summer, some experts once thought possible — captured the imagination of large segments of the public. To say the goal will not be attained adds another “why bother” to the list of reasons that vaccine sceptics use to avoid being inoculated.

Yet vaccinations remain the key to transforming the virus into a controllable threat, experts said.

Dr Anthony S. Fauci, the Biden administration’s top adviser on Covid-19, acknowledged the shift in experts’ thinking. “People were getting confused and thinking you’re never going to get the infections down until you reach this mystical level of herd immunity, whatever that number is,” he said.

“That’s why we stopped using herd immunity in the classic sense,” he added. “I’m saying: Forget that for a second. You vaccinate enough people, the infections are going to go down.”

Once the novel coronavirus began to spread across the globe in early 2020, it became increasingly clear that the only way out of the pandemic would be for so many people to gain immunity — whether through natural infection or vaccination — that the virus would run out of people to infect. The concept of reaching herd immunity became the implicit goal in many countries, including the US.

Early on, the target herd immunity threshold was estimated to be about 60 to 70 per cent of the population.