Sri Lanka: triangular contest for President as Premadasa pulls out of fray 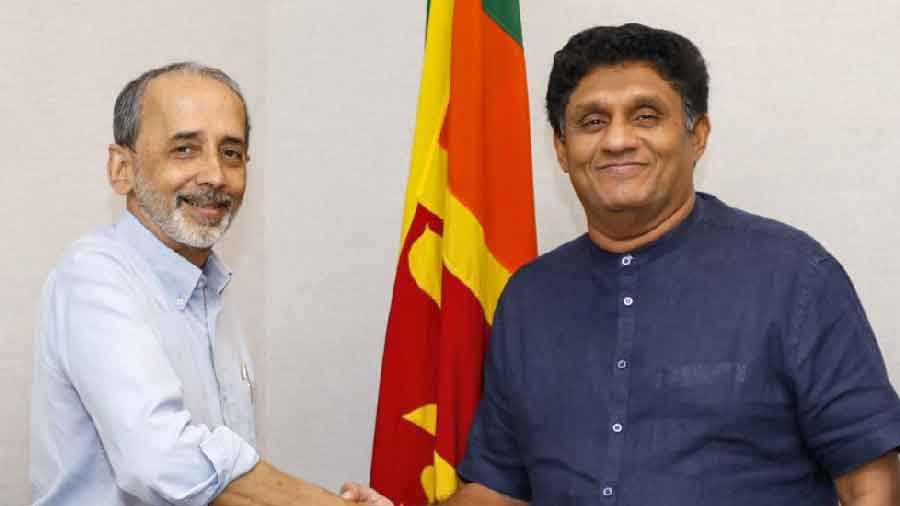 Acting Sri Lankan President Ranil Wickremesinghe and two others were proposed by lawmakers on Tuesday as the three candidates for the July 20 presidential election to pick the successor to Gotabaya Rajapaksa after he resigned following a popular uprising against his government for mismanaging the economy.

Wickremesinghe (73) will face-off against Dullas Alahapperuma (63), a staunch Sinhala Buddhist nationalist and a key member from the breakaway group of the ruling Sri Lanka Podujana Peramuna (SLPP) party, and the leftist Janatha Vimukthi Peramuna (JVP) leader Anura Kumara Dissanayake (53), it was officially announced in Parliament.

Sajith Premadasa (55), the  leader of Sri Lanka's principal Opposition party Samagi Jana Balawegaya, said on Tuesday that he was withdrawing from the race of President to provide support to Alahapperuma.

Premadasa said his party and the Opposition partners will work towards making Alahapperuma victorious in the Presidential elections.

"For the greater good of my country that I love and the people I cherish I hereby withdraw my candidacy for the position of President. SJB and our alliance and our Opposition partners will work hard towards making Dullas victorious." Premadasa said in a tweet on Tuesday.

"On my way to Parliament to take a crucial step. I want the people of Sri Lanka to know that I will take the correct decision at the appropriate time to protect my motherland's national interest and the rights of all my fellow Sri Lankan people," Premadasa had said in an earlier tweet.

Alahapperuma is a staunch Sinhala Buddhist nationalist and a key member of the breakaway group of SLPP. The ex-Cabinet Minister of Information and Mass Media and former newspaper columnist is seen as a left-leaning political ideologue. He has held ministerial positions since 2005 and enjoys the reputation of having a clean public life.

The third candidate in the fray is the leftist Janatha Vimukthi Peramuna (JVP) Anura Kumara Dissanayake.

The only previous occasion when the presidency became vacant mid-term was in 1993 when president Ranasinghe Premadasa was assassinated. DB Wijetunga was unanimously endorsed by Parliament to run the remaining term of Premadasa.

The new president will serve the remaining tenure of Rajapaksa till November 2024.The 225-member Parliament is dominated by the ruling SLPP party, which has nearly 100 lawmakers.