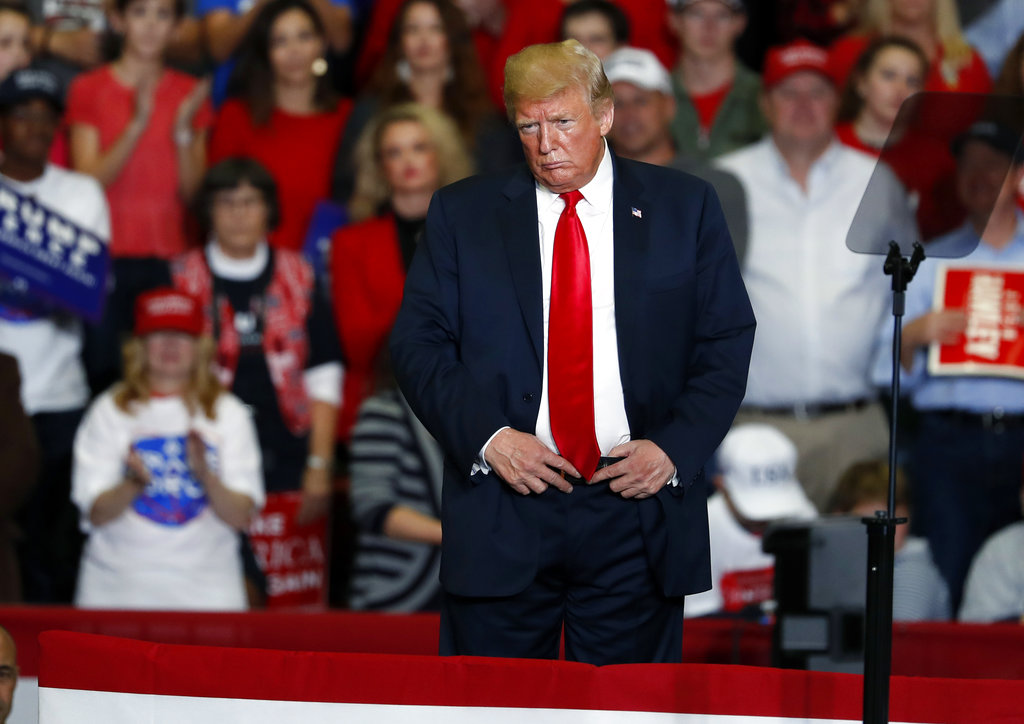 NBC, Fox News and Facebook pulled an ad by President Donald Trump’s campaign that critics had labelled racist as a bitter election fight for control of the US Congress headed on Monday for an unpredictable finish.

Tuesday’s elections, widely seen as a referendum on Trump, have been portrayed by both Republicans and Democrats as critical for the direction of the country. At stake is control of both chambers of Congress, and with it the ability to block or promote Trump’s agenda, as well as 36 governor’s offices.

A surge in early voting, fuelled by a focus on Trump’s pugilistic, norms-breaking presidency by supporters of both parties, could signal the highest turnout in 50 years for a midterm US election, when the White House is not on the line.

The 30-second ad, which was sponsored by Trump’s 2020 re-election campaign and which debuted online last week, featured courtroom video of an illegal immigrant from Mexico convicted in the 2014 killings of two police officers, juxtaposed with scenes of migrants headed through Mexico. Critics, including members of Trump’s own party, had condemned the spot as racially divisive.

CNN had refused to run the ad, saying it was “racist”. NBC, owned by Comcast Corp, said on Monday it was no longer running the ad, which it called “insensitive”.

Fox News Channel, which Trump has repeatedly named his favourite broadcaster, also said it would no longer run the spot. Fox News, a unit of Twenty-First Century Fox Inc, said it had made the decision after a review but did not elaborate.

Facebook Inc said it would no longer allow paid promotions of the ad.