The movement, dubbed the 'Sarong Revolution' by feminists, highlights women’s fears that the February 1 coup could roll back hard-won gains on gender equality 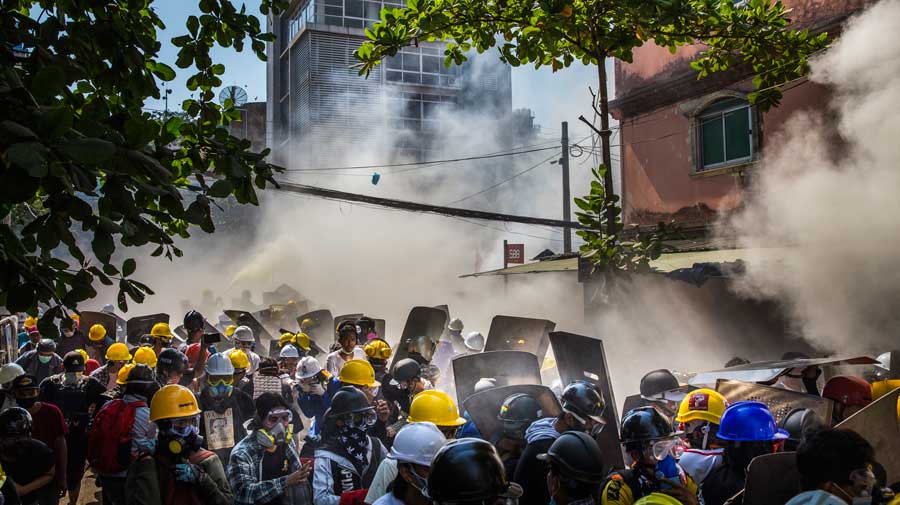 As women take a frontline role in anti-coup protests in Myanmar, some have found an inventive way of defying military rule — hanging traditional sarongs, underwear and even sanitary pads in the streets to spook superstitious policemen and soldiers.

The movement, dubbed the “Sarong Revolution” by feminists, plays on a belief that deems it bad luck for men to walk beneath women’s clothing, and highlights women’s fears that the February 1 coup could roll back hard-won gains on gender equality.

“The htamein (sarong) has become our tool at the protests,” said Naw Esther Chit, 28, an ethnic Karen activist who has been tear-gassed at several protests against the ouster of Aung San Suu Kyi’s elected government.

“Women’s items are used because of the belief that men would be seen weaker if they walk beneath the htamein ... police have to take them down and it gives us time to run for safety,” she said by phone.

The unusual movement’s nickname echoes the “Saffron Revolution” — pro-democracy protests led by Buddhist monks in 2007 that helped pave the way towards democratic reforms.

During weeks of unrest since the coup, police have fired tear gas, rubber bullets and stun grenades to disperse protesters, and women have not been spared.

One of the most striking images from the protests was a young woman wearing a T-shirt that read, “Everything will be OK”, before she was shot dead, one of about 70 people who have been reported killed since the demonstrations began.  The junta has said it is acting with utmost restraint.