Demonstrators demand the departure of PM Prayuth Chan-ocha, a new constitution and an end to the harassment of opposition activists 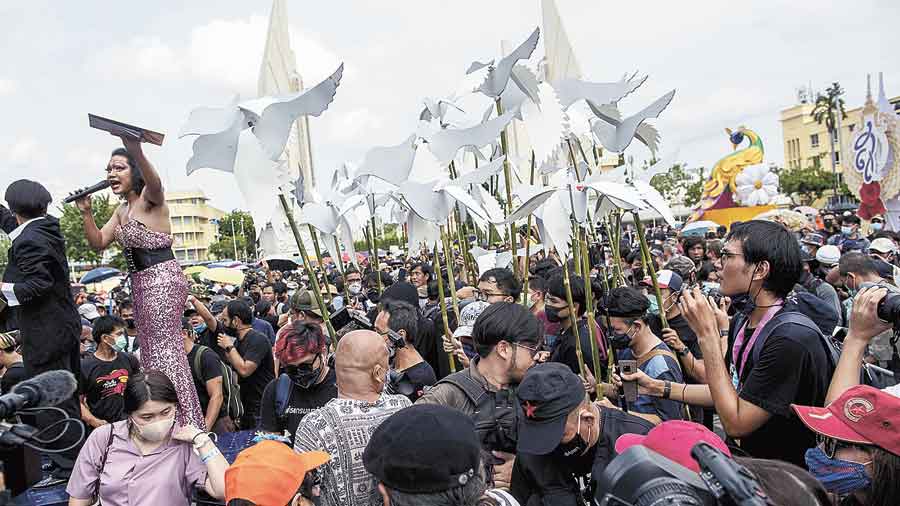 More than 10,000 Thai protesters chanting “down with dictatorship” and “the country belongs to the people” rallied in Bangkok on Sunday in by far the biggest anti-government demonstration since a 2014 coup.

There were cheers for student calls to curb the monarchy’s powers — once a taboo subject — as well as demands for the departure of former junta leader Prime Minister Prayuth Chan-ocha, a new constitution and an end to the harrasment of opposition activists.

Students have led protests almost daily for the past month, but Sunday’s demonstration drew a broader crowd in the Southeast Asian country, which has experienced decades of protests punctuated by military coups.

“We want a new election and a new parliament from the people,” student activist Patsalawalee Tanakitwiboonpon, 24, told the crowd. “Lastly, our dream is to have a monarchy which is truly under the constitution.”

Prayuth won elections last year that the opposition says were held under rules to ensure that he kept power. The most vocal opposition party was subsequently banned.