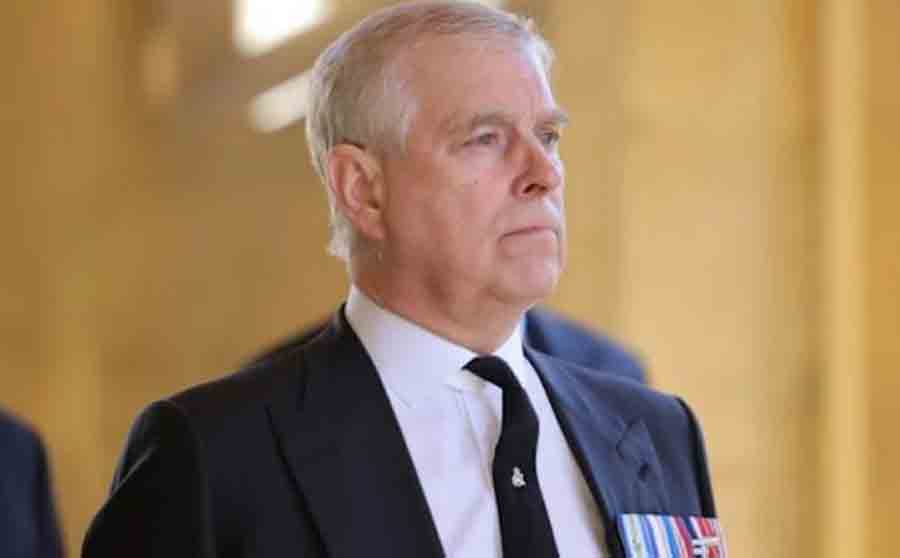 In an unexpected move, Prince Andrew on Thursday was stripped of his military titles and royal patronages by Queen Elizabeth, who said he will have to face his sexual assault lawsuit as a “private citizen”.

The Duke of York will no longer be allowed to use the styling “HRH” in any capacity, signalling the royal family’s attempt to distance itself from the ninth in line to the throne as he faces a humiliating trial in the US.

Buckingham Palace said in a statement on Thursday afternoon: “With The Queen’s approval and agreement, The Duke of York’s military affiliations and Royal patronages have been returned to The Queen. The Duke of York will continue not to undertakeany public duties and is defending this case as a private citizen.”

Buckingham Palace’s elaborate plans to mark the Queen’s 70 years on the throne are in danger of being ruined by the deepening troubles of Andrew. His legal team is said to be locked in talks amid the “biggest constitutional crisis in living memory”.

Lawyers are speculating that the 61-year-old duke may have to pay £10 million to settle out of court with Virginia Giuffre, now a married American woman aged 38 with three children, but who alleges she was abused by Andrew when she was 17-year-old Virginia Roberts.

Andrew’s lawyers in America and in Britain tried to prevent Virginia bringing the case against the prince. They argued that a $500,000 settlement reached in 2009 between Virginia and the late Jeffrey Epstein, the billionaire financier who was said to have trafficked young girls for himself and friends such as Andrew, implied she could not bring legal action against anyone else.

But on Wednesday, New York judge Lewis Caplan delivered a 44-page ruling, dismissing Andrew’s application to have the case thrown out at an early stage.

According to The Sun, “Prince Andrew is set to pay £10 million from the sale of his Swiss chalet in an out-of-court settlement with accuser Virginia Giuffre”.

Mark Stephens, an expert in constitutional law, suggested Andrew will need to find between £5million and £10million to offer Virginia in the hope she spares him a trial.

He said: “Judge Lewis Kaplan has thrown a reasoned judicial decision like a bomb into the middle and the heart of the royal family and threatens to provoke constitutional crisis as a consequence.

He said Andrew had “no good options”, adding: “Essentially, I think he’s either going to have to engage in the trial process or he’s going to have to settle and that may well be his least worst option.

“There is a need to limit the damage. Andrew, I suspect, will be stripped of his royal titles. A settlement of five or ten million is a good bet but Ms Giuffre may want her day in court.”

Meanwhile, Buckingham Palace announced: “On 6th February this year Her Majesty The Queen will become the first British Monarch to celebrate a Platinum Jubilee, marking 70 years of service to the people of the United Kingdom, the Realms and the Commonwealth.

“To celebrate this unprecedented anniversary, events and initiatives will take place throughout the year, culminating in a four day UK bank holiday weekend from Thursday 2nd to Sunday 5th June. The bank holiday will provide an opportunity for communities and people throughout the United Kingdom to come together to celebrate the historic milestone.

“To mark Her Majesty’s Platinum Jubilee a nationwide baking competition sets out to find a brand new pudding dedicated to The Queen. The Big Jubilee Lunch and Fortnum & Mason are inviting applications from UK residents aged 8 and over to create the perfect Platinum Pudding recipe.

“Five finalists will prepare their pudding for an expert judging panel including Dame Mary Berry, Monica Galetti and Buckingham Palace Head Chef Mark Flanagan. The winning recipe will be made available to the public and the pudding will be enjoyed at Big Jubilee Lunches during the Jubilee weekend, and by generations to come.”

Papers pointed out: “Much like Poulet Reine Elizabeth, more commonly known as coronation chicken, invented by Le Cordon Bleu London for the Queen’s coronation banquet in 1953, it is hoped the Platinum Pudding competition will serve as a long-lasting reminder of the 95 year-old monarch’s reign.”