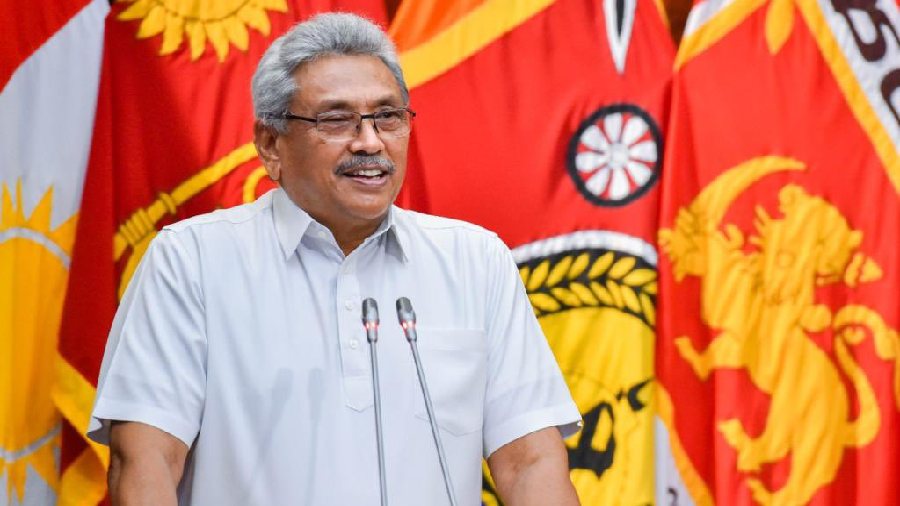 Sri Lankan President Gotabaya Rajapaksa swore in nine new ministers on Friday in an effort to ensure stability until a full Cabinet is formed in the debt-ridden island nation engulfed in the worst economic crisis since its independence.

The ministers were sworn in after a delay of more than a week since the president appointed new Prime Minister Ranil Wickremesinghe. Rajapaksa reappointed five-time former Sri Lankan prime minister Wickremesinghe, after his predecessor the president's brother Mahinda Rajapaksa resigned in the wake of violent attacks by his supporters on peaceful anti-government protesters.

His resignation automatically dissolved the Cabinet, leaving an administrative vacuum.

The new ministers include two from the main Opposition Samagi Jana Balawegaya (SJB), while the rest come from Rajapaksa's own Sri Lanka Podujana Peramuna (SLPP) and from the group which had resigned from the ruling coalition.

President Rajapaksa had appointed four ministers last week. Still, no finance minister has been appointed which is significant in the wake of ongoing negotiations with the IMF for a possible bail out.

The Cabinet will be limited to 25 members, including the President and the Prime Minister, according to media reports.

Rajapaksa has now reshuffled his Cabinet four times, including the resignation of his elder brother and the patriarch of the ruling coalition Mahinda Rajapaksa.

Sri Lanka is facing its worst economic crisis since gaining independence from Britain in 1948.

At least six people have died due to exhaustion while standing in long queues for essentials. Ten more died from clashes on May 9 when a pro-government group attempted to break up anti-government protesters demanding President Rajapaksa's resignation for mishandling of the crisis.

The police and military had been deployed in Colombo and other parts of the country after violence spread following an attack on peaceful protesters at Galle Face, where the Presidential Secretariat is located.

Street protests are going on in Sri Lanka with no end in sight for the crisis.

Last month, the country declared its inability to service its debt amounting to USD 51 billion. In 2022, the foreign debt commitments were at USD 6 billion.

India's economic assistance package since January had kept Sri Lanka afloat in its worst economic crisis since independence in 1948. India provided credit lines for the purchase of fuel and essentials as Sri Lanka's foreign reserves depleted.

New Delhi has committed more than USD 3 billion to debt-ridden Sri Lanka in loans, credit lines and credit swaps since January this year.

President Rajapaksa sacked his Cabinet and appointed a younger cabinet as a response to the demand for resignation. A continuous protest opposite his secretariat has now gone on for well over a month.

The president's brother resigned as the prime minister to make way for the president to appoint an interim all political party government.