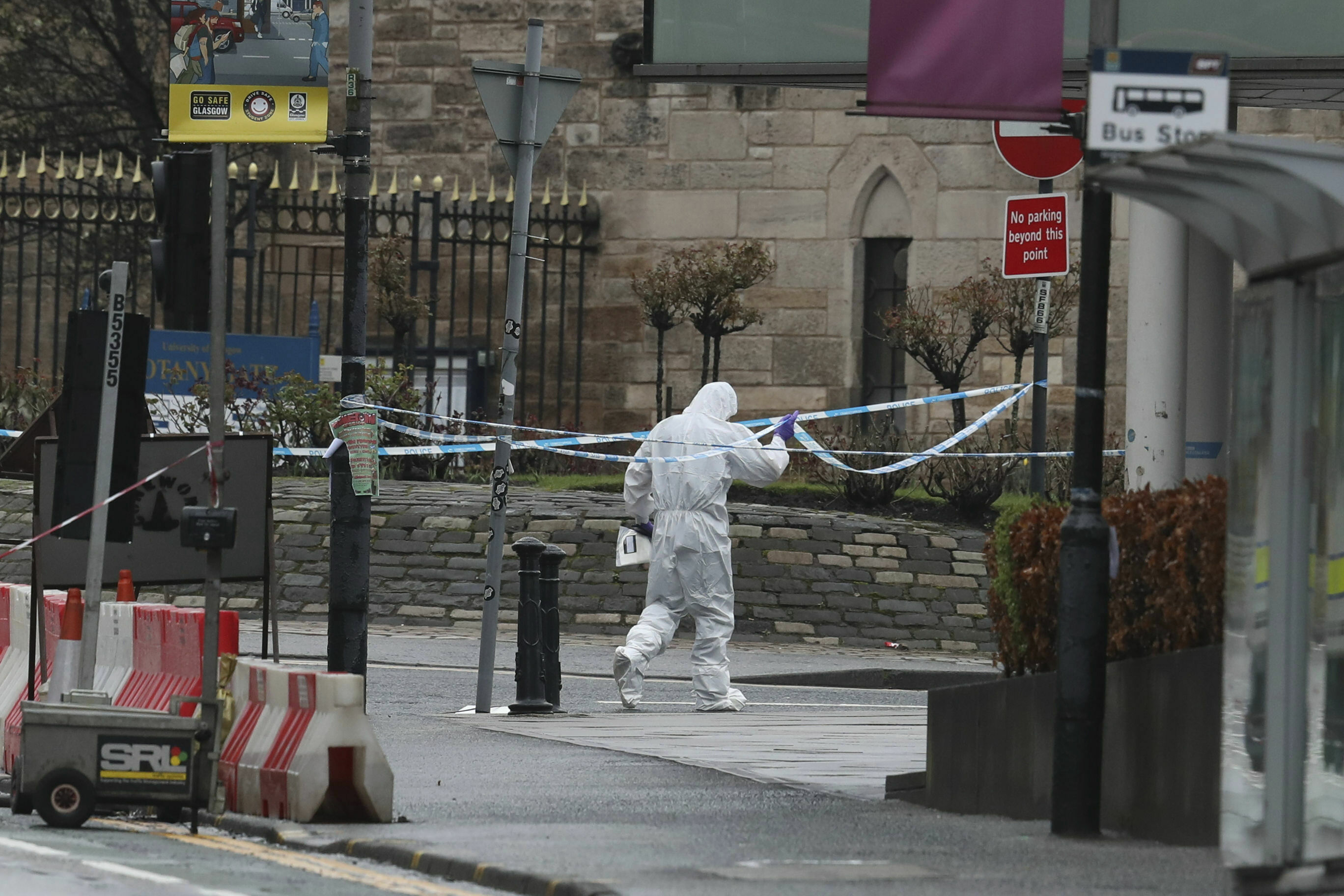 A forensic worker outside the University of Glasgow after the building was evacuated when a suspect package was found in the mailroom.
AP
AP   |   London   |   Published 07.03.19, 11:07 AM

British police said a suspicious package destroyed by bomb-disposal experts at the University of Glasgow on Wednesday contained an explosive device and was linked to three letter bombs sent to two London airports and a railway station.

The Metropolitan Police's Counter Terrorism Command said the item sent to the Scottish university had 'similarities in the package, its markings and the type of device' to the three small improvised bombs received by the London transportation hubs on Tuesday.

The mailing envelope sent to London's Heathrow airport with one of the bombs inside partly caught fire when someone opened it. No one was injured.

The force said it had not identified the sender and urged transportation operators, mail sorting companies and schools 'to be vigilant' about watching for suspicious packages.

The University of Glasgow said several buildings on its campus, including the mailroom, were evacuated 'as a precautionary measure' after the package was found in the mailroom on Wednesday morning.

Assistant chief constable Steve Johnson of Police Scotland said 'the package was not opened and no one was injured'.

He said bomb-disposal experts later performed a controlled explosion on the item.

Another package sparked an evacuation Wednesday at the Royal Bank of Scotland headquarters in Edinburgh. It was found to contain 'promotional goods' and deemed no threat to the public, police said.

The envelopes received in London appeared to carry Irish stamps, and Jarrett said one line of inquiry 'is the possibility that the packages have come from Ireland'.

There has been speculation the devices could be connected to Irish Republican Army dissidents. But Dean Haydon, Britain's senior national coordinator for counter-terrorism policing, said no sender had been identified and no group had claimed responsibility.

'We are talking to our Irish counterparts but at the moment there's nothing to indicate motivation of the sender or ideology, so I cannot confirm at the moment if it's connected to any Ireland-related terrorist groups,' he said.