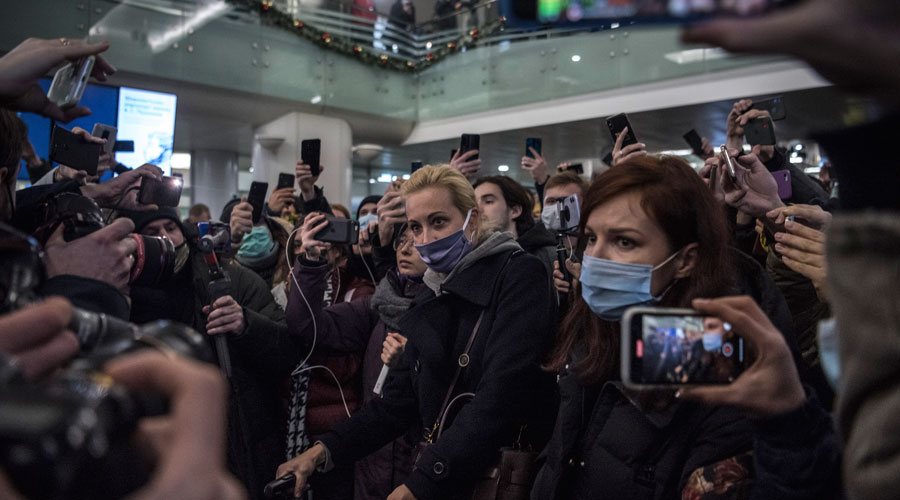 Yulia Navalnaya, wife of Aleksei Navalny, leaves after her husband was arrested at Sheremetyevo Airport outside of Moscow.
NYTNS
Reuters   |   Moscow   |   Published 19.01.21, 01:09 AM

A Russian judge remanded Kremlin critic Alexei Navalny in pre-trial detention for 30 days on Monday for violating the terms of a suspended jail sentence, ignoring calls from western countries to free the Opposition politician immediately.

The ruling, a day after police detained him at the airport as he returned home for the first time since being poisoned by a military-grade nerve agent, may be the prelude to him being jailed for years.

Moscow’s prison service has applied to convert a suspended 3.5 year embezzlement sentence in the same case, which he says was trumped up, into real jail time later this month.

The UN and western countries told Moscow before the ruling to let Navalny go and some countries have called for new sanctions after earlier penalties from the EU in response to his poisoning. Moscow told them to mind their own business.