Over $600000 raised for deceased officer’s family 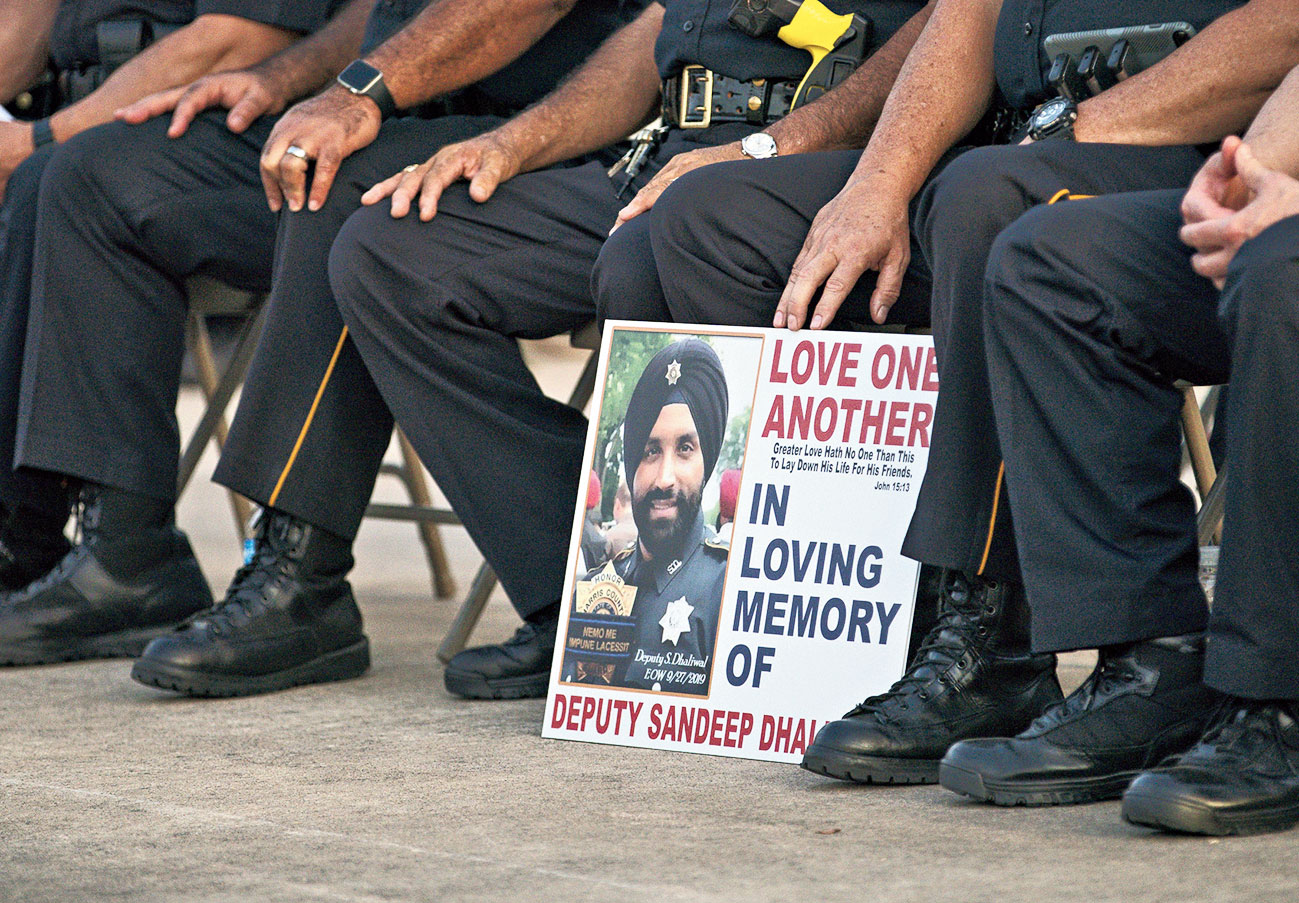 Harris county sheriff’s office deputies at a vigil for deputy Sandeep Dhaliwal in northwest Houston. Dhaliwal was killed during an ambush at a traffic stop in Houston.
(AP)
PTI   |   Houston   |   Published 02.10.19, 12:18 AM

Thousands of Sikh community members are gearing up for a fitting funeral for Indian-American Sikh police officer Sandeep Singh Dhaliwal, who was murdered while on duty in Texas.

Dhaliwal, 42, the first Indian-American police officer in Texas, made national headlines when he was allowed to grow a beard and wear a turban on the job. He was gunned down while conducting a mid-day traffic stop in northwest of Houston on Friday.

The Sikh National Centre started an Akhand Path, a non-stop front-to-back reading of the Guru Granth Sahib, on Monday and it will conclude on Wednesday.

Thousands of people are expected to gather at the Berry Center in Houston on Wednesday to honour the fallen deputy’s life and legacy in a ceremony open to the public.

The event will start with an hour of Sikh prayer, followed by a ceremony led by the Harris county sheriff’s office.

Sikh funeral traditions will soon take place at the local gurdwara. Dhaliwal will be cremated at a local funeral home later Wednesday afternoon, according to Sikh tradition.

The cremation service will be for family and members of the sheriff’s office, and final prayers will be said afterwards at the Sikh National Centre.

Over $600,000 has been raised and donated to the deceased officer’s family for expenses and to help pay for his three children’s education.

Dhaliwal is survived by his wife, Harwinder Kaur Dhaliwal, two daughters and one son.

United Sikhs, a global humanitarian relief and advocacy nonprofit, has also set up its own GoFundMe campaign, as well as a Facebook fundraiser for the family.Basketball professional Carlos Correa met Dhaliwal’s family members on Monday and donated $10,000.

“Thank you Sandeep for everything you did to help others here in Houston and Puerto Rico! Rest In Peace you'll always be remembered,” he said in a tweet.

Dhaliwal worked with United Sikhs to help organise the donation of truckloads of supplies for first responders after Hurricane Harvey.

He worked in Puerto Rico, Correa’s home country, helping them recover from Hurricane Maria in 2017. On Sunday, the Houston Texans held a moment of silence for Dhaliwal before their game against the Panthers.

Papa John’s Houston plans to donate all of its profits generated on October 1 to the Dhaliwal family.

“To show our support for his family and our appreciation for his 10 years protecting our community we hope everyone will join us on Tuesday in giving back,” said Keith Sullins, president of Papa John’s Houston.