Philippines on high alert as all systems go for election 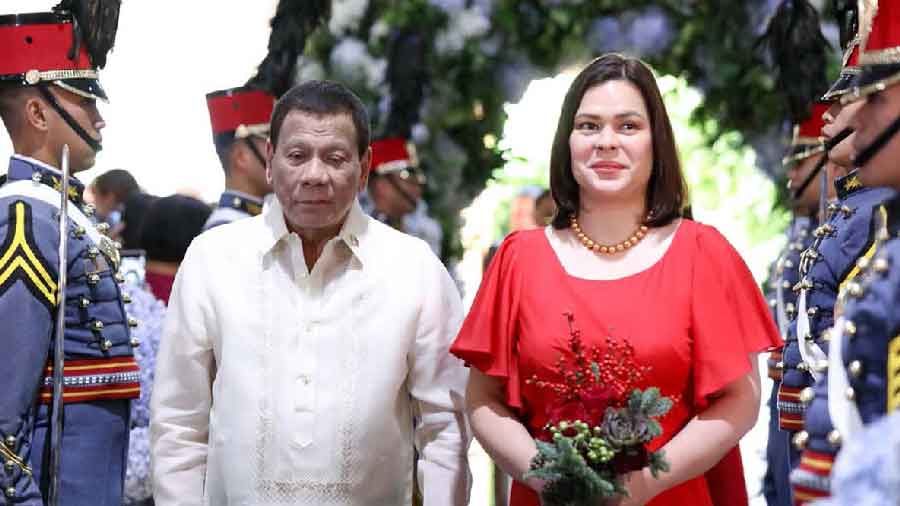 The Philippine police and military said on Sunday they were on high alert as last-minute preparations continued for the country's general election, even as the overall situation remained "relatively peaceful."

The presidential race is a rematch between Ferdinand "Bongbong" Marcos Jr., the son and namesake of the country's late dictator, and Leni Robredo, the human rights lawyer who narrowly beat him in the 2016 vice presidential contest.

Duterte did not endorse a presidential candidate, but his party backs frontrunners Marcos and his running mate, Duterte's daughter Sara Duterte-Carpio.

"We are committed... to ensure that we have a secure, accurate, free and fair elections tomorrow."

Political violence, cheating allegations and vote-buying marred previous elections in the Philippines. But the police said they have recorded far fewer poll-related offences than in the 2016 general election and 2019 mid-term polls.

"Hopefully we can maintain this tranquillity up to the last day of our electoral process," Danao said.

Voting will be longer than usual to accommodate Covid -19 safety measures.

Guia Morris, principal at Jacinto Zamora Elementary School in Manila, said they have spent weeks cleaning and disinfecting the rooms where voting will be done.

"The teachers are all prepared, and they attended orientation and seminars about the election," she said.