The current army chief General Qamar Javed Bajwa, 61, who is on a three-year extension, is set to retire on November 29 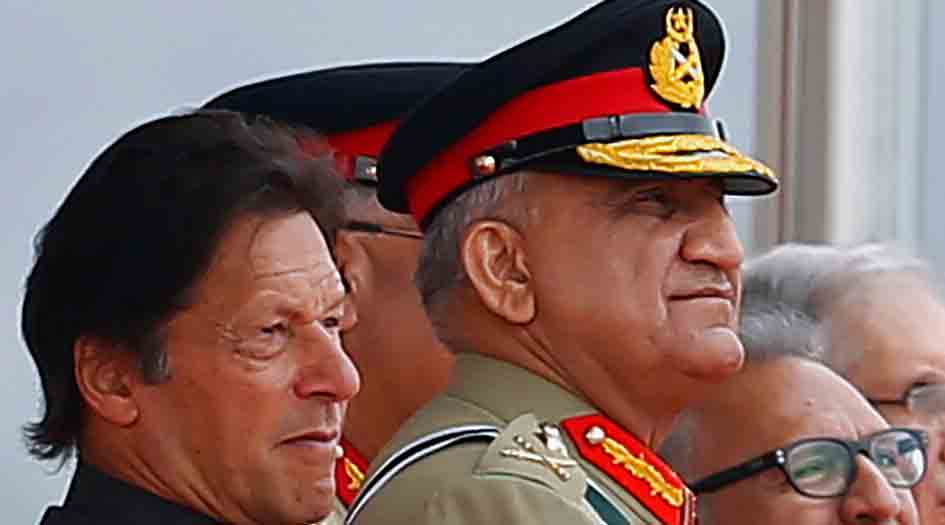 Prime Minister Shehbaz Sharif has said that he has flatly rejected a proposal from his predecessor and Pakistan Tehreek-e-Insaf (PTI) Chairman Imran Khan on the appointment of a successor to Army chief General Qamar Javed Bajwa.

Bajwa, 61, who is on a three-year extension, is set to retire on November 29.

Bajwa was initially appointed in 2016, but after three years of tenure, the then government of Khan in 2019 extended his service for another three years. In September, former prime minister Khan had said that Gen Bajwa should be given another extension until the new government is elected, while reiterating calls for early elections.

Talking to vloggers on Saturday, which was his first such meeting, Shehbaz said Khan had offered talks with the government a month ago through a mutual businessman friend to resolve two issues, one of which was the appointment of the army chief and the second was holding early elections, the Express Tribune newspaper reported on Sunday.

"Imran had suggested that we give him three names and he gives three names for the post of army chief and then we decide on the appointment of the new chief from those six names," the prime minister said.

"If there is a common name in both the lists, then we will agree," he said, adding, however: "I flatly refused Imran Khan's offer by saying 'thank you'."

Shehbaz said he had sent a message that appointment of the army chief was a constitutional duty that the prime minister would have to perform.

"I have offered Imran Khan to discuss the Charter of Democracy and Charter of Economy," he said.

"Imran Khan is currently targeting the Army leadership only to fulfil his personal desires," Shehbaz said, adding that the former prime minister is "now spewing poison against those who nurtured him. No one is safe from his mischief".

The appointment of Pakistan Army chief is the sole prerogative of the prime minister and it is perhaps the only time that his verdict is accepted by the powerful army without any ifs and buts.

The upcoming appointment is in the headlines for all wrong reasons.

When Khan was in power, the opposition accused him of trying to bring an army chief of his choice who could support his alleged agenda of victimising opposition leaders.

Since he lost power in April this year, the equation has changed and now Khan is saying that the coalition government wants to install an army head of its choice to protect looted wealth and steal general elections.

Whatever the political meaning of the rival rhetoric, the fact is that an army chief is seldom a silent spectator of the political games in the country.

The powerful army, which has ruled the coup-prone country for more than half of its 75-plus years of existence, has hitherto wielded considerable power in the matters of security and foreign policy.

Last week, Khan had admitted that he offered an extension in the tenure of Army chief Bajwa in March amid the opposition's attempt to topple his government.

Khan's remarks came after Pakistan's ISI chief Lt Gen Nadeem Najum revealed at an unprecedented press conference on Thursday last that the army chief was given a "lucrative offer" for an indefinite extension in his tenure in March.