Advertisement
Home / World / Pakistan looks for peace with all its neighbours including India: Shehbaz Sharif at UN
J&K most militarised zone in the world: Shehbaz Sharif

Pakistan looks for peace with all its neighbours including India: Shehbaz Sharif at UN

Pak PM bats for peaceful dialogue with India, says war is not an option 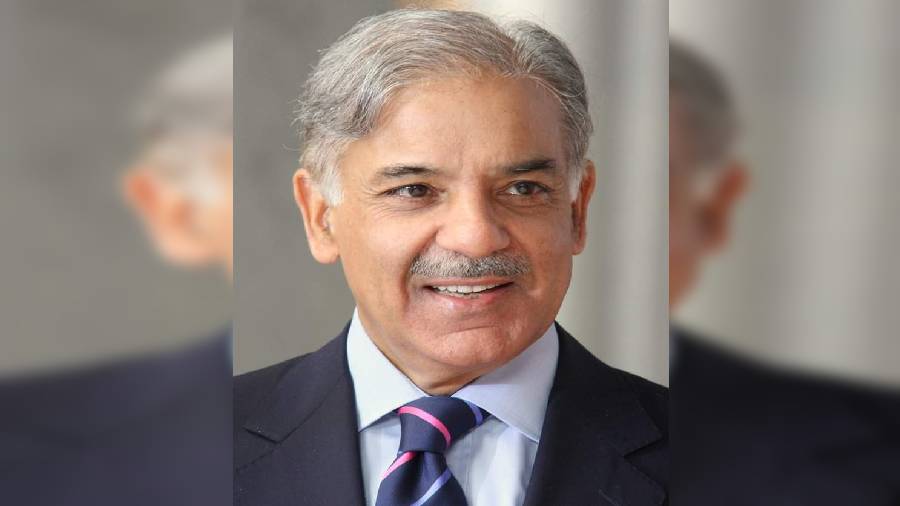 Pakistan is looking for peace with all its neighbours, including India but sustainable peace and stability in South Asia remain contingent on a just and lasting solution to the Kashmir dispute, prime minister Shehbaz Sharif said here on Friday.

Speaking at the UN General Assembly, Shehbaz claimed that India's illegal and unilateral actions on August 5, 2019 to change the special status of Jammu and Kashmir further undermined the prospects of peace and inflamed regional tensions.

"Pakistan needs a stable external environment. We look for peace with all our neighbours, including India. Sustainable peace and stability in South Asia, however, remains contingent upon a just and lasting solution of the Jammu and Kashmir dispute," he said.

"I think it's high time that India understood this message loud and clear that both countries are armed to the teeth. War is not an option. It is not an option. Only peaceful dialogue can resolve these issues so that the world becomes more peaceful in time to come," he said.

India has repeatedly told Pakistan that Jammu and Kashmir was, is and shall forever remain an integral part of the country. India has said it desires normal neighbourly relations with Pakistan in an environment free of terror, hostility and violence.

The ties between India and Pakistan nosedived after New Delhi abrogated Article 370 of the Constitution.

Shehbaz said that New Delhi has ramped up its military deployments in Jammu and Kashmir, thus making it the "most militarised zone in the world," he said.

He said the Pakistani people have always stood by Kashmiris in complete solidarity and will continue to do so.

I assured the World Forum that we in Pakistan remain consistent in our commitment to peace in South Asia. India must take reasonable steps to create an enabling environment for constructive engagement, he said.

We are neighbours and we are there forever. The choice is ours. Whether we live in peace or keep on fighting with each other. We have had three wars from 1947 onwards. And as a consequence, only misery, poverty and unemployment have increased on both sides.

Shehbaz said both India and Pakistan should not waste their resources in buying more ammunition and trying to promote tension.

It's now up to us to resolve our differences, our problems or issues like peaceful neighbours through peaceful negotiations and discussions and save our scarce resources for promoting education and health and employment to millions of people," he said.