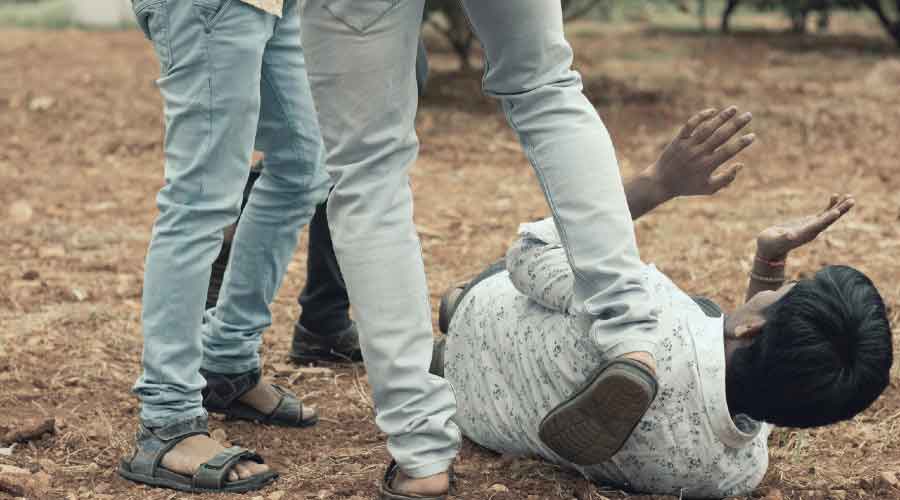 The army, which has ruled the coup-prone country for more than half of its 73-plus years of existence, wields considerable power in matters of security and foreign policy.
Representational picture
PTI   |   Lahore   |   Published 03.07.22, 01:52 AM

A senior Pakistani journalist and political analyst was assaulted by unidentified masked men, who also tore his clothes, as he left his office in Lahore a day after he called the army generals “property dealers”.

Ayaz Amir, 73, was returning home late on Friday after recording his TV show for Dunya News TV channel, where he works as a senior analyst. Unknown persons stopped his car, manhandled him and also tortured his driver before fleeing.

Amir said the masked men not only “hit him and tore his clothes, but they also took away his cellphone and wallet. They left when people started gathering on the busy road”.

Pictures circulating on Twitter showed the journalist sitting in a car with his shirt torn and bruises on his face. Amir said those who attacked him did not care about his age, he tweeted after the attack.

“I have no personal enmity with anyone and I had no quarrel with anyone. Whoever attacked me didn’t even care about my age,” he said. “The only fault was that I speak the truth and I will continue to speak, God willing,” he said in another tweet.

On Thursday, during a speech at a seminar in Islamabad on  Regime Change and its Fallout on Pakistan, Amir targeted the powerful military establishment for its role in Pakistan’s politics.

The seminar was also attended by former Prime Minister Imran Khan. He referred to the army generals as “property dealers” and even suggested removing the portraits of Pakistan’s founder Muhammad Ali Jinnah and the country’s national poet Allama Iqbal and replacing them with the “property dealers”.

In an indirect reference to army chief General Qamar Javed Bajwa, Amir said he was into his sixth year as army chief and looking for another extension. Parts of Amir’s speech have gone viral on social media.

The army, which has ruled the coup-prone country for more than half of its 73-plus years of existence, wields considerable power in matters of security and foreign policy.

Amir also said in his speech that the mistakes committed by Khan, who was ousted from power in April through a no-confidence vote, during his tenure as the country’s Prime Minister especially following the lines of the military establishment.

Pakistan Prime Minister Shehbaz Sharif condemned the attack on Amir and ordered Punjab chief minister Hamza Shehbaz to hold a high-level investigation. “Suspects should be brought before the law as soon as possible. Journalism and protection of journalists should be ensured,” Geo News reported.

Punjab chief minister Hamza Shehbaz has sought a report from the inspector general of Police over the assault of the senior journalist and ordered that the culprits be arrested at the earliest.

Reacting to the incident, Khan tweeted, “I condemn in strongest terms the violence against senior journalist Ayaz Amir today in Lahore. Pakistan descending into the worst kind of fascism with violence and fake FIRs against journalists, Opposition politicians, and citizens. When the state loses all moral authority, it resorts to violence.”

Journalists, lawyer bodies and rights activists condemned the assault. “Supreme Court of Pakistan needs to take suo moto (cognizance) of this terrorism against one of the most respected, non-controversial media figures.

Ayyaz Amir is around 73 years of age! One of the most respected English columnists Pakistan has ever created! HRCP and Dawn and civil society must stand,” senior journalist Moeed Peerzada tweeted.