Advertisement
Home / World / NSO says it can shut down Pegasus for clients who misuse software
Switched off 5 systems for misuse: NSO

Macron to hold cabinet meet over calls for probe, Merkel says spyware should be denied to countries without judicial oversight 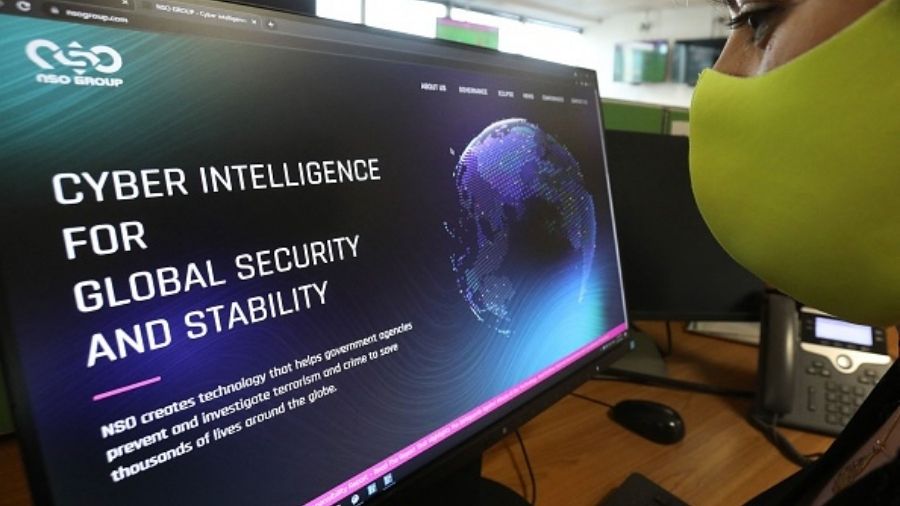 NSO says it does not know the specific identities of people against whom clients use Pegasus.
Getty Images
Our Bureau, Reuters   |   Paris, Jerusalem   |   Published 22.07.21, 08:11 PM

Israel’s NSO Group, the makers of Pegasus software at the centre of a worldwide controversy for being allegedly used to hack smartphones of journalists, government officials and human rights activists, has said that it has the wherewithal to take corrective action against clients if it received a valid complaint.

NSO says it does not know the specific identities of people against whom clients use Pegasus. If it receives a complaint of Pegasus having been misused by a client, NSO can retroactively acquire the target lists and, should the complaint prove true, unilaterally shut down that client’s software, the company says.

Among suspected targets of NSO’s Pegasus software is French President Emmanuel Macron, who convened his cabinet on Thursday over calls for investigations. Amid mounting EU concern, German Chancellor Angela Merkel told reporters in Berlin that spyware should be denied countries where there is no judicial oversight.

Other world leaders among those whose phone numbers the news organisations said were on a list of possible targets include Pakistani Prime Minister Imram Khan and Morocco’s King Mohammed VI.

The Israeli government-run Defence Export Controls Agency, which is within Israel’s Defence Ministry and oversees NSO exports, has indicated that it is looking at the allegations very seriously.

Both the ministry and the firm have said that Pegasus is meant to be used to track terrorists or criminals only, and that all foreign clients are vetted governments.

But the alleged misuse has stirred questions within Israel Prime Minister Naftali Bennett’s cross-partisan coalition, one of whose members, the liberal party Meretz, queried Defence Minister Benny Gantz about NSO exports in a meeting on Thursday.

Gantz “emphasised the importance of upholding human rights within the framework of weapons sales,” a joint statement said.

After Army Radio also aired an interview on Thursday with Szabolcs Panyi, a Hungarian journalist who said Pegasus had been found on his cellphone, NSO chief Shalev Hulio vowed to investigate.

“If he was indeed a target, I can assure you already that we will cut off the systems of whoever took action against him, because it’s intolerable for someone to do something like this,” Hulio told the station.

In keeping with NSO and Defence Ministry refusal to identify client countries, Hulio stopped short of confirming that Hungary had Pegasus. Budapest has not commented on the matter other than to say Hungary’s intelligence-gathering is conducted lawfully.

He said NSO has worked with 45 countries and rejected around 90 others as potential clients. The company has shut down five Pegasus systems for abuse, Hulio said, adding that the software cannot be used against Israeli or US mobile phones.

Attal said progress was being made in the investigations after Amnesty International and a group of international media organisations said spyware made and licensed by NSO was used to hack smartphones of a wide range of people.

"The president will this morning hold a special defence council meeting at the Elysee (palace) on the Pegasus case and on cyber-security", Attal told France Inter radio.

French daily Le Monde has reported that Macron's phone was on a list of potential targets for potential surveillance on behalf of Morocco in the spyware case.

Prime Minister Jean Castex said Macron had called for a series of investigations into the case.

"The president is monitoring the case very closely", Attal said.

Morocco has denied buying or using the Pegasus spyware licensed by Israel-based NSO group after Amnesty and the group of 17 international media organisations reported that it had targeted thousands of phone numbers.

An Israeli parliamentary panel may seek changes to defence export policy over reports that software sold by Israel’s NSO Group was used to spy on journalists, officials and rights activists in several countries, a senior lawmaker has said.

Amid mounting EU concern, German Chancellor Angela Merkel told reporters in Berlin that spyware should be denied countries where there is no judicial oversight.

“We certainly have to look anew at this whole subject of licences granted by DECA,” Ram Ben-Barak, head of the Knesset Foreign Affairs and Defence Committee, told Israel’s Army Radio, referring to the government-run Defence Export Controls Agency.

Israel has appointed an inter-ministerial team to assess reports based on the investigation by 17 media organisations that said Pegasus had been used in attempted or successful hacks of smartphones using malware that enables the extraction of messages, records calls and secretly activates microphones.