No Braille, man in US fails citizenship exam

Gaps and barriers, many of them systemic or procedural in nature 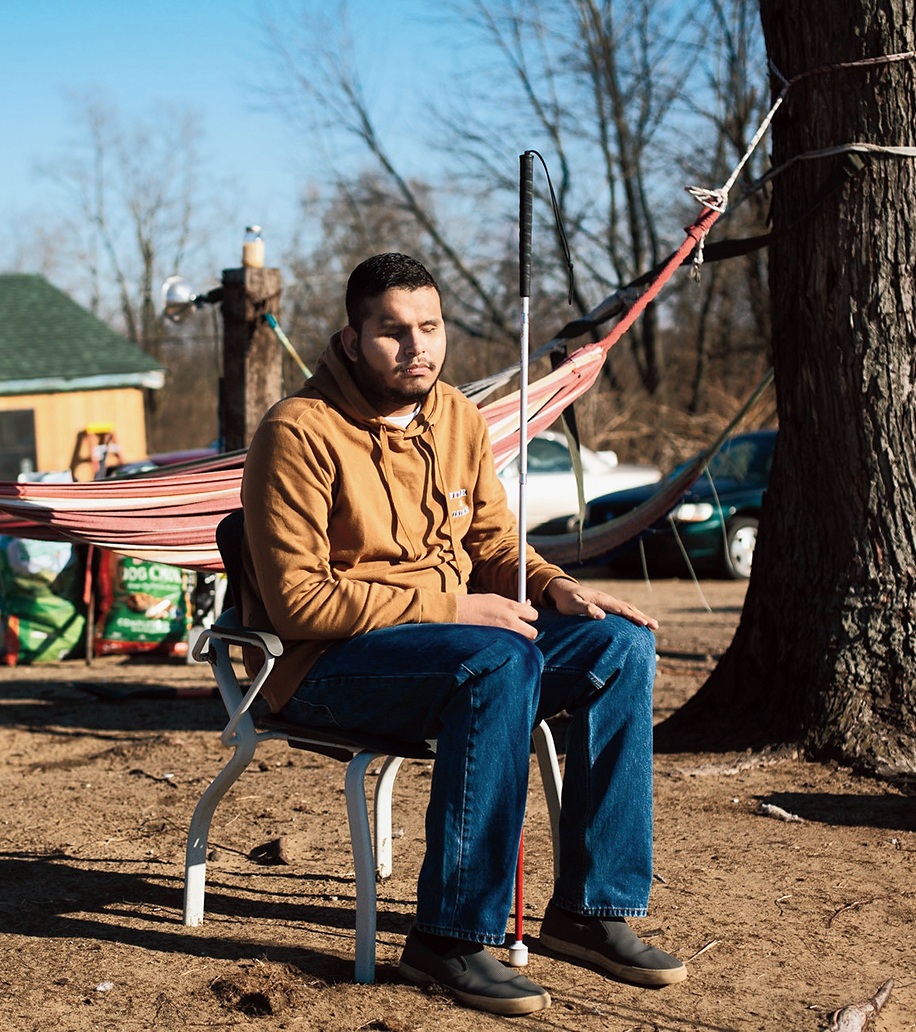 Lucio Delgado was excited when he went to the post-office last month to pick up an envelope from the US Citizenship and Immigration Services.

Enclosed were the results of a citizenship test that Delgado, a 23-year-old green card holder from Mexico, thought he had aced. He and his sister, who accompanied him, opened the envelope in the post-office.

The letter inside said he had failed the reading portion of the test and was ineligible for naturalisation.

Delgado, who is blind, was crushed.

When he took his test in May, the reading section had not been available in Braille. At an appointment with federal agents months later, he explained the problem and thought they were prepared to help him.

“I thought, ‘Well, I doubt I am the only blind immigrant or immigrant with disabilities who has been denied his or her naturalisation request due to a mistake,’” he said on Friday.

The exposure seemed to work: The immigration authorities scheduled an appointment with Delgado for next week. But his lawyer, Darcy Kriha, said publicity might not work for everyone trying to navigate the daunting bureaucracy that is often associated with immigration.

“It’s not hard to imagine that there have been undocumented people and their families who have not come forward because they’re afraid of being deported,” Kriha said. “We’re going to be working on trying to figure out how widespread the problem is and how it impacts undocumented individuals who have much more to lose.”

The Citizenship and Immigration Services has acknowledged its challenges in the past. The results of a self-evaluation in 2018 showed that individual employees had a “strong commitment” to accessibility for people with disabilities.

“Despite this commitment, USCIS identified gaps and barriers, many of them systemic or procedural in nature,” the report said.

It said there had been problems with accommodating requests efficiently and a lack of materials in Braille.

The agency said it would provide Braille English tests for any blind or visually impaired citizenship applicant who requested them.

Many people who are blind do not use Braille, in part because new technologies have given them different ways to access text, said Mary Rosenberg, a lawyer with

“But yeah, it’s definitely a problem that people who need it, and who request Braille in various government forums, don’t receive it,” she said.

Delgado, who has been blind since birth, came to the US when he was 16. He said he left his home in the Mexican state of Guerrero because he wanted better educational opportunities, and because his family feared the growing influence of drug cartels in his home city, Iguala.

Delgado and his relatives, who now have green cards, live in Pembroke Township, Illinois, a rural area about 110km south of Chicago that is one of the poorest places in the state.

Delgado prepared meticulously for his citizenship test, which includes a civics exam with questions about American history and government and an English test that involves reading and writing.

He went to an optometrist for documentation to prove that he was blind. He requested a Braille reading test months ahead of his appointment. He scoured the Citizenship and Immigration Services website for practice tests and took every one he could find.

On May 21, the day of the exam, he travelled two hours on public transportation to the agency’s office in downtown Chicago. He said he aced the civics part of the test — no wrong answers — and completed some of the English exam orally.

But when it was time to test his reading skills, an agent told him that the agency did not have the materials in Braille and offered a version of the test in large print instead.

“And of course I had to say, ‘I’m totally blind,’” Delgado said.

The agent, he said, told him to go to another eye specialist — an ophthalmologist this time — within a month to get further proof of his blindness. But Delgado is uninsured.

“I had some doubts because I was wondering, ‘Why do they want me to visit another eye specialist?’” he said.

He made calls to the Citizenship and Immigration Services and eventually was able to set up another appointment in Chicago on September 17. Once there, agents told him they would probably be able to smooth things out so he could be naturalised.

So when the letter arrived at the post-office last month, Delgado was hopeful — until his sister told him what it said.

“I felt like my world was crumbling,” he said.

That might have been the end of it. But Delgado shared his story with friends on social media, who encouraged him to contact news outlets. It worked: CBS Chicago first reported on his story last week. And this week, an agent with the Citizenship and Immigration Services called Delgado to make another appointment, he said.

In its statement on Friday, the Citizenship and Immigration Services said that it was “unable to comment on individual cases due to privacy protections”, so it is unclear what will happen when Delgado goes for his third appointment next week.

Delgado is not sure if he will be asked to take the English reading test in Braille, or at all.

But he has been cramming for the exam — again — just in case.