Thanks to the work of Maori tribe members and conservationists, population of the bird species has now reached its highest number in over 40 years 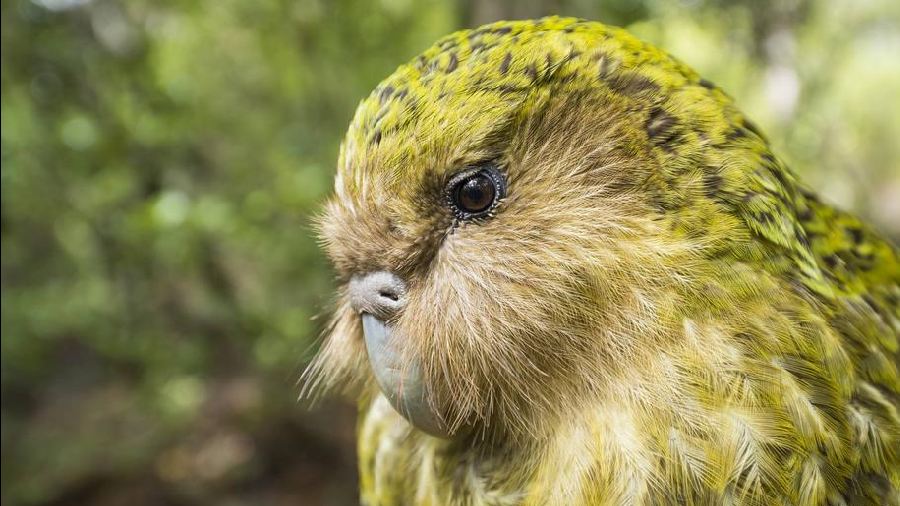 New Zealand's kakapo parrot population is now at its highest level in decades, the country's conservation department announced on Tuesday.

The news is a big win for conservationists, Maori tribe members and volunteers who have worked diligently for decades to ensure the survival of the world's heaviest parrot.

What did officials say?

The kakapo population rose by 25% in the last year, bringing the total to 252 birds, according to the latest figures. In 2002, there were only 86 left.

The population boom was attributed to a good breeding season, as well as several successful artificial insemination attempts. All in all, this season saw 55 chicks enter the official population.

"There is an all-hands-on-deck approach to saving kakapo," Conservation Minister Poto Williams said in a statement.

"This has been the second biggest breeding season, leading to the highest number of birds since the 1970s, but we can't take our eye off the ball," she added.

The Kakapo Recovery Program was created in 1995, and is a collaboration between the New Zealand government's conservation department and the Maori tribe, Ngai Tahu.

"Our vision for kakapo is to grow their numbers and ensure they can live freely in a natural environment," said Tane Davis, the tribe's representative to the program.

"Ngai Tahu connections to the mauri of kakapo is strengthened as the population grows," he said, using the Maori term for the life force or essence of a being, mauri.

As recently as 2002, there were only 86 kakapo in existence — now there are over 250
Deutsche Welle

Why is the kakapo so endangered?

The kakapo is a nocturnal, flightless bird native to New Zealand, and can live up to 90 years.

They also carry the crown of being the heaviest parrot in the world, with females weighing 1.4 kilograms (roughly 3 pounds) and males reaching 2.2 kilograms.

While they can live a long time, the bird's natural breeding cycle poses an immense challenge in efforts to save the species.

In the conservation world, giant pandas are notorious for their difficult breeding cycle, but this pales in comparison to the kakapo.

The birds also have very low fertility, and only 50% of eggs are normally fertilized. Inbreeding has also exacerbated problems.

What dangers do chicks face?

Chicks also face incredible hurdles to reach adulthood and are only introduced into the general population after they are 150 days old.

"The chicks generally get themselves in to high-risk situations, and occasionally need to be rescued from clumsy episodes, such as getting stuck in mud or getting their legs caught in trees," said Conservation Minister Williams.

The program relies on volunteers who keep an eye on nests and help rescue chicks in trouble.

The kakapo were once abundant throughout New Zealand. Their demise was accelerated when European settlers arrived — introducing cats, rats and stoats to the environment. The flightless bird was largely defenseless against these new predators.

Thanks to the help of the Kakapo Recovery Program and other conservation efforts, the population is beginning to recover.

Officials also plan to soon set up a livestream camera outside a nest ahead of next year's breeding season, giving "kakapo enthusiasts around the world" the chance to check out the next generation of chicks.