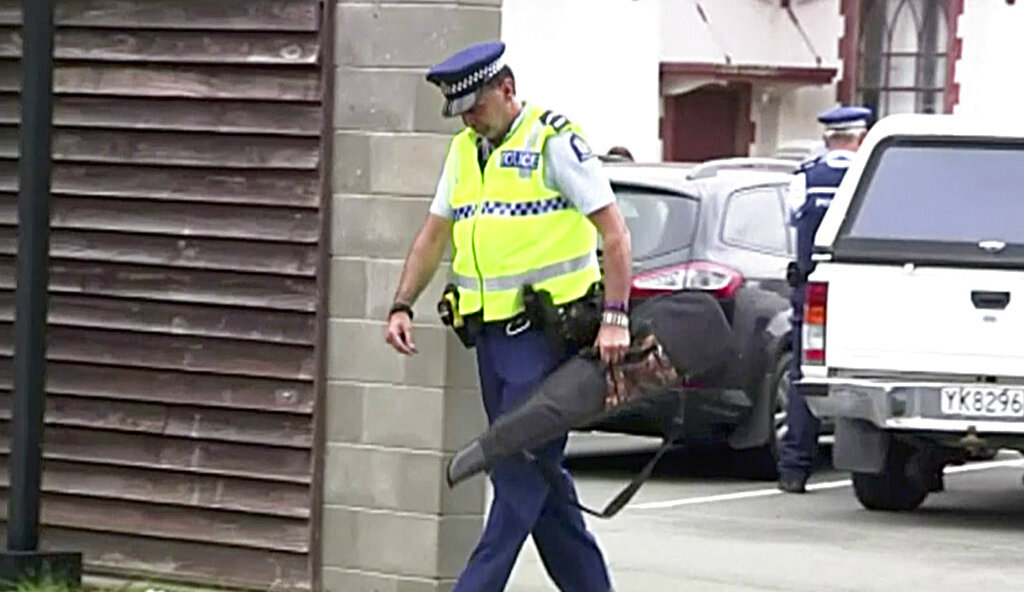 In this image made from video taken on March 19, 2019, a police officer carries a gun voluntarily surrendered by a member of the public into the Masterton police station in Masterton, New Zealand.
AP
AP   |   Christchurch   |   Published 21.03.19, 05:56 AM

Prime Minister Jacinda Ardern on Thursday announced an immediate ban on sales of 'military-style' semi-automatic and automatic weapons like the ones used in the attacks on two mosques in Christchurch that killed 50 worshippers.

The man charged in the attack had purchased his weapons legally using a standard firearms licence and enhanced their capacity by using 30-round magazines 'done easily through a simple online purchase', she said.

'Every semi-automatic weapon used in the terrorist attack on Friday will be banned,' she said.

Ardern's announcement comes less than a week after the killings, as all 50 bodies were formally identified and families were burying their buried. At least six funerals took place on Thursday, including for a teenager, a youth soccer coach and a Muslim convert who loved connecting with other women at the mosque.

'While we have sold them in the past to a small number of customers, last week's events have forced a reconsideration that has led us to believe such weapons of war have no place in our business — or our country,' CEO Darren Jacobs said in a statement.

Regardless of the ban, the company would no longer stock any assault-style firearms of any category and would also stop selling firearms online, he said.

Although the exact weapons used in the mosque attacks have not been made public, images of them posted by the gunman show at least one of them to be a semi-automatic rifle similar to an AR-15 that is widely available in New Zealand. Semi-automatic refers to a firearm's ability to self-load, not only firing a bullet with each trigger pull, but also reloading and making the firearm capable of firing again.

The military versions most resembling the AR-15 rifle are the M16 and M4 carbines, which can fire in semi-automatic mode, three-round burst mode or fully automatic mode.

Many different types of firearms, from pistols to rifles and shotguns, can be semi-automatic. Semi-automatic rifles like the AR-15 can often be modified with aftermarket parts, or accessories, to fire in fully automatic mode and instructions can often be found on the Internet.

Polly Collins, 64, of Christchurch, was thrilled to hear of Ardern's announcement as she visited a flower memorial for the victims.

'The Prime Minister is amazing,' she said. 'It's not like in America, where they have all these things and then they go 'Oh yeah, we'll deal with the gun laws,' and nothing's done.'

At the cemetery, solemn farewells continued for Cashmere High School student Sayyad Ahmad Milne, 14, who was known as an outgoing boy and the school's futsal goalkeeper. Tariq Rashid Omar, 24, graduated from the same school, played soccer in the summer and was a beloved coach of several youth teams and was also buried Thursday. 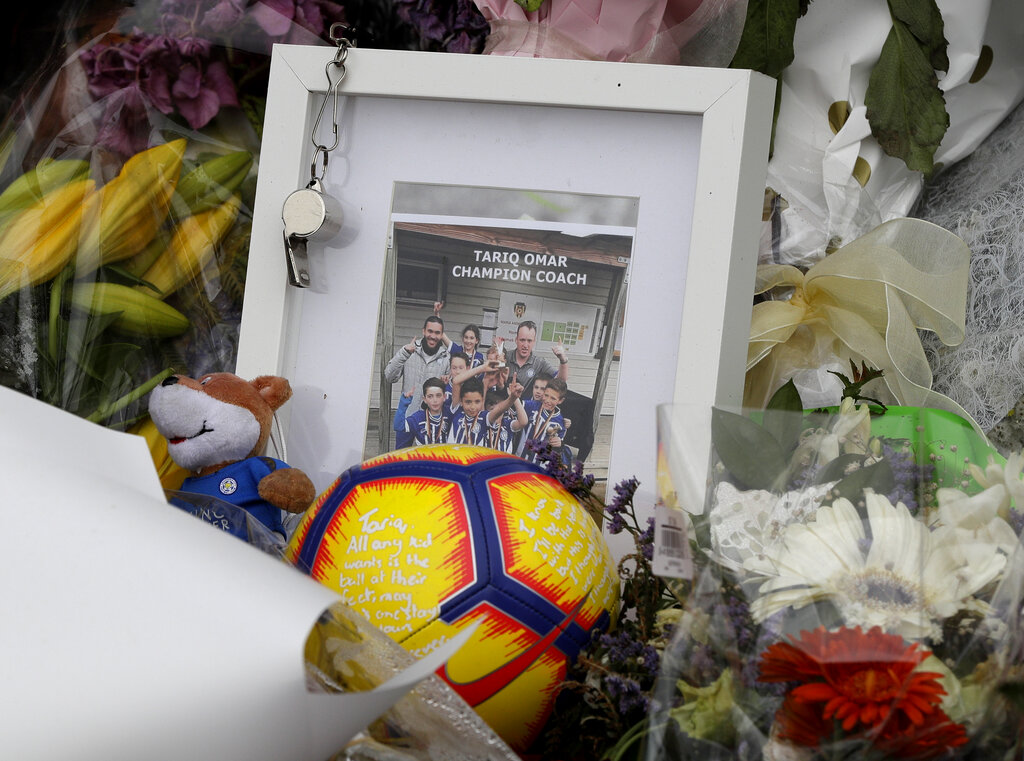 A tribute for mosque shooting victim Tariq Omar is placed at the Botanical Gardens in Christchurch on Thursday.
AP

In a post on Facebook, Christchurch United Football Club Academy Director Colin Williamson described Omar as 'a beautiful human being with a tremendous heart and love for coaching'.

Linda Armstrong, 64, a third-generation New Zealander who converted to Islam in her 50s, was also buried, as were Hussein Mohamed Khalil Moustafa, 70, Matiullah Safi, 55, and Haji Mohammed Daoud Nabi.

Police commissioner Mike Bush said all 50 victims had been identified as of Thursday and their families were being notified. Investigators also were trying to conclude their work at the two mosques. 'We are working to restore them in a way that is absolutely respectful,' he said.

An Australian white supremacist, Brenton Harrison Tarrant, was arrested by police who ran him off the road while he was believed to be on his way to a third target. He had livestreamed the attack on Facebook and said in his manifesto he planned to attack three mosques.

Tarrant, 28, is next scheduled to appear in court on April 5, and Bush said investigations into him were continuing. Police have said they are certain Tarrant was the only gunman but are still investigating whether he had support.

Meanwhile, preparations were under way for a massive Friday prayer service to be led by the imam of one of the two New Zealand mosques where worshippers were killed.

Imam Gamal Fouda said he is expecting 3,000 to 4,000 people at Friday's prayer service, including many who have come from abroad. He expects it will take place in Hagley Park, a city landmark across from Al Noor mosque with members of the Linwood mosque also attending.

Al Noor workers have been trying feverishly to repair the destruction at the mosque, Fouda said.

'They will bury the carpet,' he said. 'Because it is full of blood, and it's contaminated.'

Fouda said that he expects the mosque to be ready to open again by next week and that some skilled workers had offered their services for free.

'The support we have been getting from New Zealand and the community has been amazing,' he said.

As the investigation continues into the attack, Ardern has also said an inquiry would look into intelligence and security services' failures to detect the risk from the attacker or his plans.

Ardern said on Thursday the government is working on a large-scale buy-back plan to encourage owners of now-banned weapons to surrender them. She did not say what would happen to those who violate the law.

She also said she and the Cabinet would work through legal exemptions to the ban, such as for farmers needing to cull their herds but said any exemptions would be 'tightly regulated.'

'For other dealers, sales should essentially now cease. My expectation is that these weapons will now be returned to your suppliers and never enter into the New Zealand market again,' she said.

Calm NZ has lots of guns