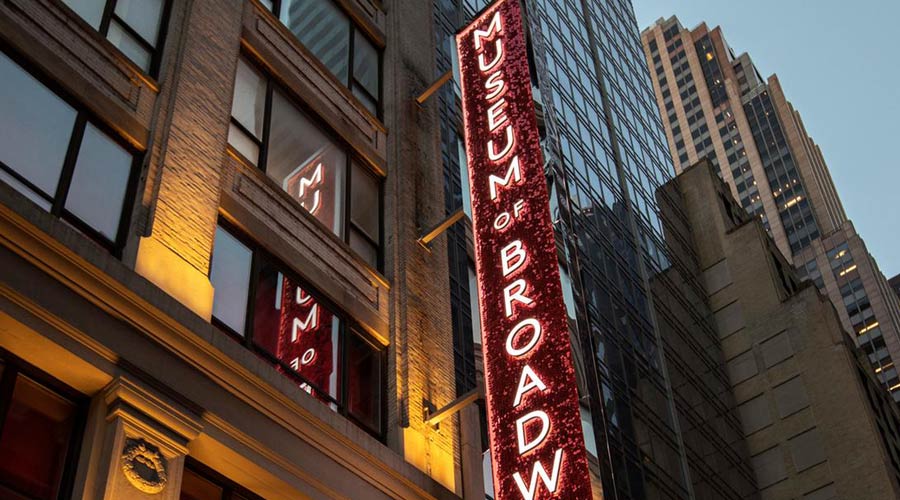 If you're in New York City, you can't miss out on Broadway. The legendary Theater District in Midtown Manhattan has its hub on Times Square, located at the junction of Broadway, Seventh Avenue and 42nd Street. Beginning in the late 19th century and over the course of the 20th, dozens of theaters settled in the district.

In the first of the four exhibition rooms, visitors embark on a journey back in time to 1732, when the first play was staged in New York. At that time, theaters in New York City settled in what is now the Financial District.

Following the end of the American Civil War in 1865, the theaters gradually migrated north along Broadway, settling toward the turn of the 20th century in what is now Times Square.

The second room of the exhibition is dedicated to the history of today's Broadway with an interactive timeline. Dazzling costumes and props exude the magic of world-famous musicals such as "Hair," "Oklahoma!" and "The Phantom of the Opera."

But defining moments are also retold, such as the theater crisis during the Great Depression in the 1930s. Video projections bring an entire century of Broadway history to life.

In the third room, visitors can take a look behind the scenes of Broadway shows and get an idea of how the staff works on- and back-stage. The fourth room has a multifunctional setting, and can be booked for theater rehearsals or panel discussions.