The order comes as a major setback to Prime Minister K.P. Sharma Oli who was preparing for snap polls 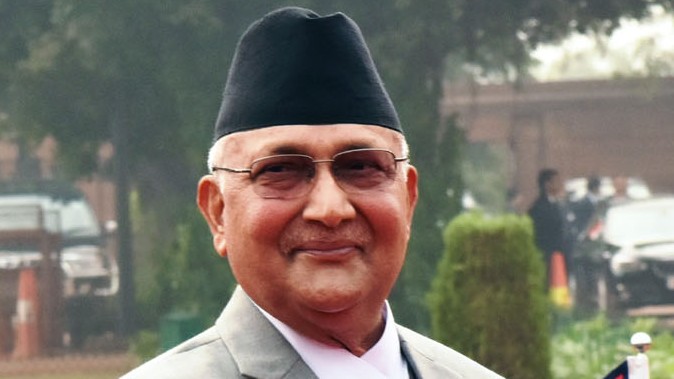 The Nepal Supreme Court on Tuesday reinstated the dissolved House of Representatives in a major setback to Prime Minister K.P. Sharma Oli who was preparing for snap polls amidst a tussle for power with his rivals in the ruling communist party.

It also ordered the government to summon the House session within the next 13 days.

Nepal plunged into a political crisis on December 20 after President Bidya Dev Bhandari dissolved the House and announced fresh elections on April 30 and May 10 at the recommendation of Oli, amidst a tussle for power within the ruling Nepal Communist Party (NCP).

In his letter recommending Bhandari that the House be dissolved, Oli had argued that he controlled 64 per cent of majority in the House, that there was no possibility of forming a new government and that the country needed a fresh mandate of the people to ensure stability.

Oli’s move to dissolve the House sparked protests from a large section of the NCP led by his rival Pushpa Kamal Dahal, alias Prachanda, who is also a co-chair of the ruling party.

As many as 13 writ petitions including the one by the ruling party’s chief whip Dev Prasad Gurung were filed in the apex court seeking the restoration of the lower house parliament.

Oli, 69, repeatedly defended his move to dissolve the House, saying some leaders of his party were attempting to form a “parallel government”.

The Prime Minister said that he took the decision as he enjoyed the inherent power as the leader of a majority government.

Last month, the Prachanda-led faction of the NCP expelled Oli from the general membership of the Nepal Communist Party for alleged anti-party activities.

Former Prime Minister Madhav Kumar Nepal was named as the party’s second chairman. Prachanda is the first chairman of the party.

Oli-led CPN-UML and Prachanda-led NCP (Maoist Centre) merged in May 2018 to form a unified Nepal Communist Party following victory of their alliance in the 2017 general elections.

After a vertical split in the ruling party following the dissolution of the House, both the factions, one led by Oli and another by Prachanda, submitted separate applications at the Election Commission claiming that their faction is the genuine party and asked to provide them the election symbol of the party.

Prachanda’s daughter Ganga Dahal shared photos of her father and Madhav Nepal feeding each other sweets to celebrate the legal victory.

Madhav Nepal said that the historic verdict has marked the victory of people. “I’d like to express my gratitude to the Supreme Court for issuing the verdict in favour of constitutional spirit.”

Have right to dissolve parliament: Oli