These are the country's first executions since the 1980s; the four were accused of 'terror acts' 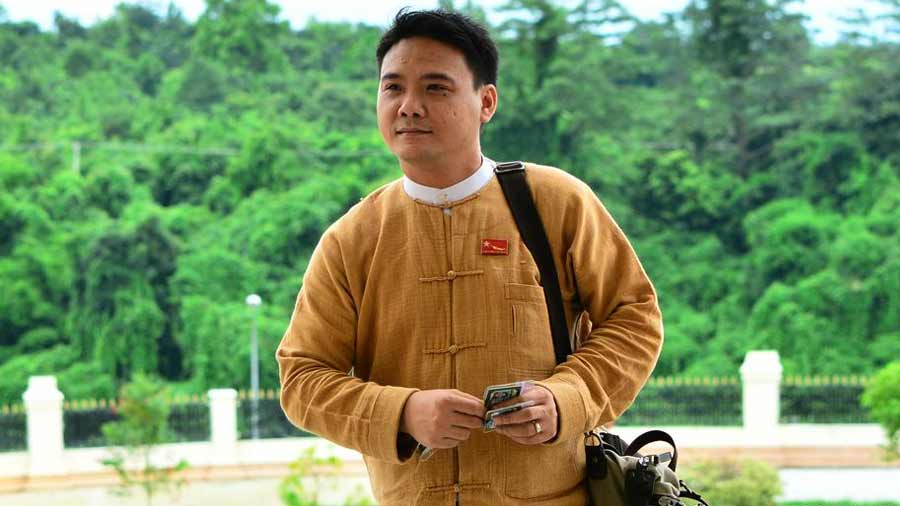 These are the country's first executions since the 1980s. Among the executed men, who were accused of "terror acts," were democracy activist Kyaw Min Yu and former NLD lawmaker Phyo Zeya Thaw.

The activists were accused of leading "brutal and inhumane terror acts," the Global New Light of Myanmar newspaper said. These are Myanmar's first in decades.

Who were the executed men?

The other two executed men were Hla Myo Aung and Aung Thura Zaw.

The Global New Light of Myanmar said that the four had been charged under the counter-terrorism law and the penal code. The newspaper said the punishment had been conducted under the prison's procedures.

A 'vile attempt at instilling fear'

The four were sentenced to death in January in a closed-doors trial. They were accused of helping militias to fight the army that seized power in a coup last year.

Two UN experts called the planned executions a "vile attempt at instilling fear" among the people.

Myanmar authorities engaged in a brutal crackdown to quash protests against the coup. The Assistance Association of Political Prisoners (AAPP) activist group said that 2,100 people have been killed by security forces since the coup.

The AAPP said, before Monday, the last judicial executions in Myanmar took place in the late 1980s.

'Going back to the dark ages'

The United Nation's special rapporteur for Myanmar, Tom Andrews, said that he was "outraged and devastated" over the executions.

"These depraved acts must be a turning point for the international community," he said.

Myanmar shadow national unity government spokesman Kyaw Zaw said that members of the government-in-exile were "extremely saddened" and "condemn the junta's cruelty with strongest terms." He stressed that "the global community must punish their cruelty."

International Crisis Group Myanmar analyst Richard Horsey said that "any possibility to end the crisis created by the coup has now been removed."

"[Myanmar's junta] sees this as a demonstration of strength, but it may be a serious miscalculation," he concluded.

"There were no executions for 30 years. This turns back the clock... going back into [the] dark ages," Khin Zaw Win, director of the Tampadipa Institute think tank, said.

The Human Rights Watch (HRW) denounced the executions as " an act of utter cruelty."

"The Myanmar junta's execution of four men was an act of utter cruelty," Elaine Pearson, acting Asia director at Human Rights Watch, said in a statement.

"These executions, including of activist Ko Jimmy and opposition lawmaker Phyo Zeya Thaw, followed grossly unjust and politically motivated military trials. This horrific news was compounded by the junta's failure to notify the men's families, who learned about the executions through the junta's media reports," the statement said.

The HRW called on the European Union member states, the United States, and other governments to "show the junta that there will be a reckoning for its crimes."

"They should demand immediate measures, including the release of all political prisoners, and let the junta know the atrocities it commits have consequences," the statement added.