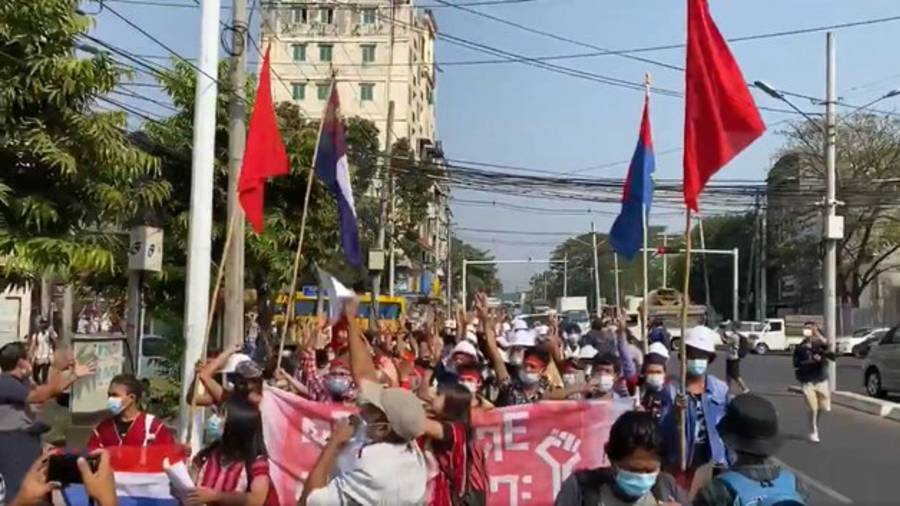 Myanmar’s new military authorities appeared to have cut most access to the Internet on Saturday as they faced a rising tide of protest over their coup that toppled Aung San Suu Kyi’s elected civilian government.

Netblocks, a London-based service that tracks Internet disruptions and shutdowns, said on Saturday afternoon that “a near-total Internet shutdown is now in effect” in Myanmar, with connectivity falling to just 16 per cent of normal levels. The broad outage followed Friday’s government order to block Twitter and Instagram that said some people were trying to use the platforms to spread what it deemed fake news.

Facebook had already been blocked earlier in the week — though not completely effectively.

The communication blockages are a stark reminder of the progress Myanmar is in danger of losing after Monday’s coup plunged the nation back under direct military rule after a nearly decade-long move towards greater openness and democracy. During Myanmar’s previous five decades of military rule, the country was internationally isolated and communication with the outside world strictly controlled.

Suu Kyi’s five years as leader since 2015 had been Myanmar’s most democratic period despite the military retaining broad powers over the government, the continued use of repressive colonial-era laws and the persecution of minority Rohingya Muslims.

The blockages are also adding greater urgency to efforts to resist the coup, with Saturday seeing some of the largest street protests against the takeover.

In what appeared to be the main one, about 1,000 protesters — factory workers and students prominent among them — marched on Saturday morning down a main street in Yangon, the country’s biggest city, and were met by more than 100 police officers in riot gear.

Members of the crowd shouted, “Military dictatorship should fall” and “Down with dictatorship”. They marched with their hands in the air, formed into three-fingered salutes, a symbol of defiance adopted from protesters in neighbouring Thailand, who borrowed the gesture from the Hunger Games movie franchise.

The demonstration ended peacefully with no clashes reported. It dispersed around the time communications were cut, and it was unclear if the marchers later regrouped.

Telenor Myanmar, a major mobile operator, confirmed it had received Friday’s order to block Twitter and Instagram. In a statement, Twitter said it was “deeply concerned” about the order and vowed to “advocate to end destructive government-led shutdowns”. “It undermines the public conversation and the rights of people to make their voices heard,” its spokesperson said.