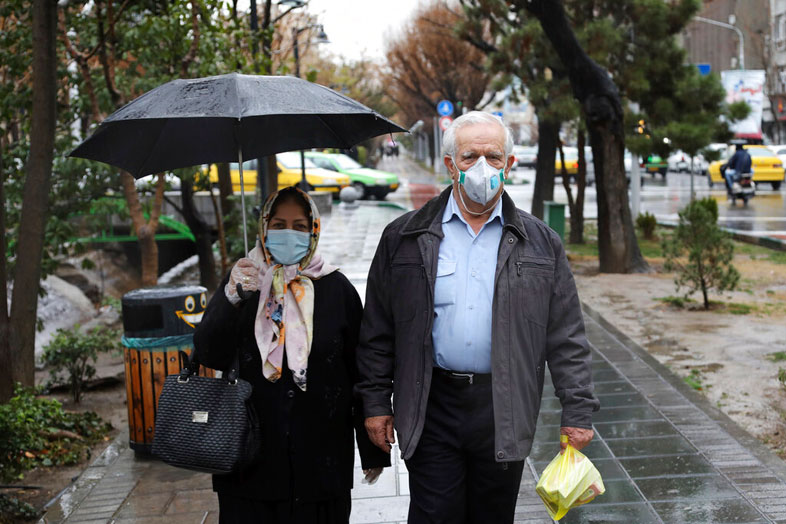 Iran’s coronavirus death toll rose to 16 on Tuesday, the highest outside China, increasing its international isolation as dozens of countries from South Korea to Italy accelerated emergency measures to curb the epidemic’s global spread.

Believed to come from wildlife in Wuhan city late last year, the flu-like disease has infected 80,000 people and killed 2,663 in China. But the World Health Organisation (WHO) says the epidemic there has peaked and has been declining since February 2.

Beyond mainland China, however, it has jumped to about 29 countries and territories, with some three dozen deaths, according to a Reuters tally. Growing outbreaks in Iran, Italy and South Korea are of particular concern.

“We are close to a pandemic but there is still hope,” said Raina MacIntyre, head of a biosecurity programme at the University of New South Wales, using the term for a widespread global epidemic.

Global stocks sank to their lowest levels in over two months on Tuesday in anxiety over the coronavirus’s spread and its damage to the world economy.

Iran’s outbreak, amid mounting US sanctions pressure, threatens to leave it further cut off. Several countries suspended flights because of cases in travellers from Iran to Canada, Lebanon, the UAE and Iraq.

Some neighbours also closed borders, while Oman’s Khasab port halted imports and exports with Iran. “It is an uninvited and inauspicious visitor. God willing we will get through ... this virus,” Iranian President Hassan Rouhani said in a televised speech.

The deputy health minister was among those infected.

Iran cancelled concerts and soccer matches nationwide, and schools and universities closed in many provinces. Many Iranians took to social media to accuse authorities of concealing facts.

Popular anger has been high over the handling of a Ukrainian passenger plane crash in January, which the military took three days to acknowledge was caused by an Iranian missile fired in error.

Authorities say US sanctions are hampering its response to the coronavirus by preventing imports of masks and medicines.

South Korea has the most virus cases outside China, with 977 infections and 10 deaths, the majority linked to the Shincheonji Church of Jesus in the city of Daegu, where the outbreak is believed to have begun with a 61-year-old woman.

Authorities were to test all members of the church, estimated by media at about 215,000 people. President Moon Jae-in acknowledged the situation was “very grave”.

In Europe, Italy is the front line, with more than 322 cases and 11 deaths, most in the northern Lombardy and Veneto regions but one case emerging in Sicily, the first in the country south of Rome.

Italy’s tourist industry, which accounts for about 13 per cent of the economy, fears a plunge amid restrictions on public events affecting soccer matches, cinemas and theatres.

A planned three-week shoot in Italy for Tom Cruise’s seventh outing in the Mission: Impossible series was also postponed, while Milan cathedral was closed and Venice carnival cancelled.

Airlines began restricting flights to Italy, while prices for masks and gels skyrocketed.

“This worsening narrative around disease containment has overshadowed the cautious optimism narrative coming out of China,” he said. “Markets have responded accordingly.”

Afghanistan, Bahrain, Iraq, Kuwait and Oman reported their first new coronavirus cases, all in people who had been to Iran.

With dozens of sporting events already hit, Japan, which has had four deaths and 850 cases, said it was premature to talk about cancelling the Tokyo Olympics supposed to start on July 24.

The US pledged $2.5 billion to fight the disease, with more than $1 billion going towards developing a vaccine.

China reported a rise in new cases in Hubei province, the epicentre of the outbreak. But excluding those, it had just nine new infections on Monday, its fewest since January 20.