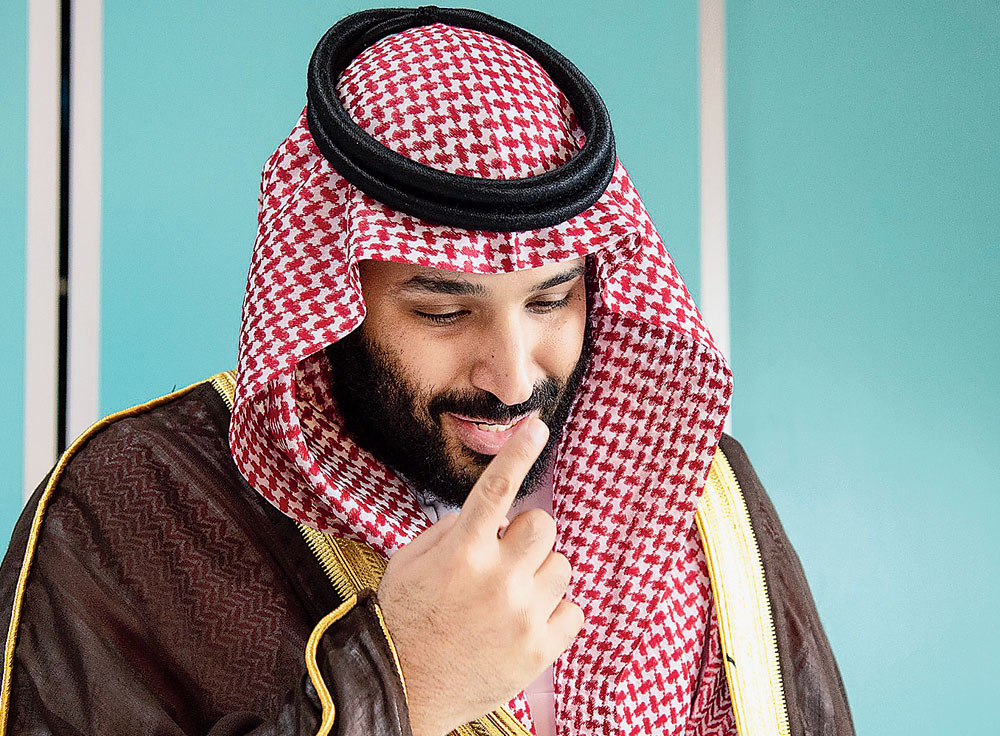 The Saudis inquired at a time when Prince Mohammed, then the deputy crown prince and defence minister, was consolidating power and directing his advisers to escalate military and intelligence operations outside the kingdom.

Their discussions, more than a year before the killing of the journalist Jamal Khashoggi, indicate that top Saudi officials have considered assassinations since the beginning of Prince Mohammed’s ascent.

Saudi officials have portrayed Khashoggi’s death as a rogue killing ordered by an official who has since been fired. But that official, Maj. Gen. Ahmed al-Assiri, was present for a meeting in March 2017 in Riyadh, the Saudi capital, where the businessmen pitched a $2 billion plan to use private intelligence operatives to try to sabotage the Iranian economy.

During the discussion, part of a series of meetings where the men tried to win Saudi funding for their plan, Gen. Assiri’s top aides inquired about killing Qassim Suleimani, the leader of the Quds Force of Iran’s Revolutionary Guards Corps and a man considered a determined enemy of Saudi Arabia.

The interest in assassinations, covert operations and military campaigns like the war in Yemen — overseen by Prince Mohammed — is a change for the kingdom, which historically has avoided an adventurous foreign policy that could create instability and imperil Saudi Arabia’s comfortable position as one of the world’s largest oil suppliers.

As for the businessmen, who had intelligence backgrounds, they saw their Iran plan both as a lucrative source of income and as a way to cripple a country that they and the Saudis considered a profound threat. George Nader, a Lebanese-American businessman, arranged the meeting.

He had met previously with Prince Mohammed, and had pitched the Iran plan to Trump White House officials. Another participant in the meetings was Joel Zamel, an Israeli with deep ties to his country’s intelligence and security agencies.

Both Nader and Zamel are witnesses in the investigation by Robert S. Mueller III, the special counsel, and prosecutors have asked them about their discussions with American and Saudi officials about the Iran proposal.

It is unclear how this line of inquiry fits into Mueller’s broader inquiry. In 2016, a company owned by Zamel, Psy-Group, had pitched the Trump campaign on a social media manipulation plan.

A spokesman for the Saudi government declined to comment, as did lawyers for both Nader and Zamel.

During the March 2017 meeting about the plan to sabotage Iran’s economy, according to the three people familiar with the discussions, the Saudis asked the businessmen whether they also “conducted kinetics” — lethal operations — saying they were interested in killing senior Iranian officials. The businessmen hesitated, saying they would need to consult their lawyer.

The lawyer flatly rejected the plan, and the businessmen told the Saudis they would not take part in any assassinations. Nader told the Saudis about a London-based company run by former British special operations troops that might take on the contract.

Before he was ousted last month, Gen. Assiri was considered one of Prince Mohammed’s closest advisers, a man whose sharp ascent tracked the rise of the young crown prince.