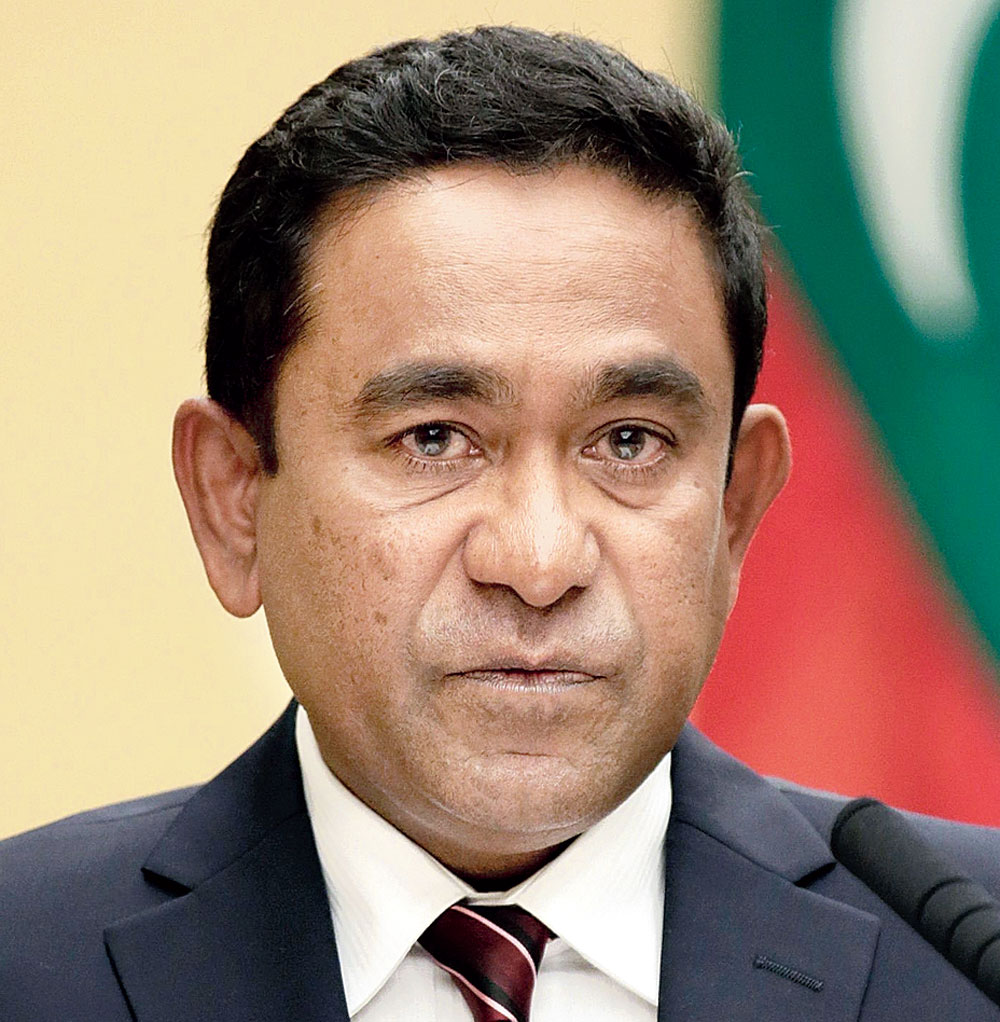 The five-judge Supreme Court bench unanimously ruled that Yameen had failed to prove his claim that the election was rigged and a fresh poll was necessary in the Indian Ocean archipelago.

But the strongman ruler then filed an appeal this month, throwing the island nation into turmoil and attracting warnings from the US and regional superpower India to respect the outcome.

Opposition activists celebrated outside the Supreme Court in the capital Male after the decision was read out, effectively drawing a line under Yameen’s five years of iron-fisted rule.

Opposition legislator Mariya Didi said Yameen who lobbied the Supreme Court in 2013 to nullify election results in his favour should now allow a smooth transition of power.

“We are pleased that the court ruled unanimously to uphold the will of the people,” Didi said on Twitter. “The case was based on conjecture and conspiracy theories.”

Yameen claimed magic ink had been used to rig the election and that votes marked for him disappeared inside ballot boxes.

The country’s independent Elections Commission, through its lawyers, had argued his petition was based on false allegations and should be dismissed.

The Supreme Court bench last week refused to accept the testimony of three unnamed witnesses that Yameen’s lawyers said would prove the election was fixed.

The next day Yameen went on national television to concede defeat a second time, making no reference to his controversial legal bid.

“This is my final address to the nation before I leave,” said the 59-year-old, whose term in office ends on November 17.

“During my tenure, the most difficult thing for me was my failure to learn about the people. I just couldn’t find out what shapes their wishes.”

Ahead of court hearings in the capital Male last week, the US warned “appropriate measures” would be taken if the will of the Maldivian people was undermined.

Europe and India have also issued similar warnings in the past.

The situation was similar to 2013, when Yameen convinced the Supreme Court to nullify the first round of voting, which he was trailing to Opposition candidate Mohamed Nasheed.