Fox News, which seldom bows to critics, has run fact-checking segments to debunk its own anchors’ false claims about electoral fraud 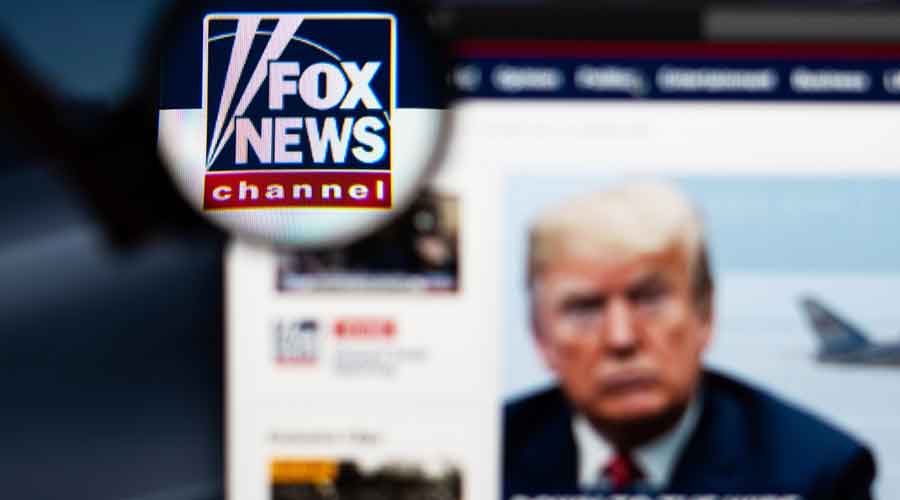 In just a few weeks, lawsuits and legal threats from a pair of obscure election technology companies have achieved what years of advertising boycotts, public pressure campaigns and liberal outrage could not: curbing the flow of misinformation in Right-wing media.

Fox Business cancelled its highest rated show, “Lou Dobbs Tonight”, on Friday after its host was sued as part of a $2.7 billion defamation lawsuit. On Tuesday, the pro-Trump cable channel Newsmax cut off a guest’s rant about rigged voting machines. Fox News, which seldom bows to critics, has run fact-checking segments to debunk its own anchors’ false claims about electoral fraud.

This is not the typical playbook for right-wing media, which prides itself on pugilism and delights in ignoring the liberals who have long complained about its content. But conservative outlets have rarely faced this level of direct assault on their economic lifeblood.

Smartmatic, a voter technology firm swept up in conspiracies spread by former President Donald Trump and his allies, filed its defamation suit against Rupert Murdoch’s Fox empire on Thursday, citing Dobbs and two other Fox anchors, Maria Bartiromo and Jeanine Pirro, for harming its business and reputation.

Dominion Voting Systems, another company that Trump has accused of rigging votes, filed defamation suits last month against two of the former President’s lawyers, Rudolph W. Giuliani and Sidney Powell, on similar grounds. Both firms have signalled that more lawsuits may be imminent.

Litigation represents a new front in the war against misinformation, a scourge that has reshaped American politics, deprived citizens of common facts and paved the way for the deadly January 6 attack on the Capitol. Fox News, for instance, paid millions last year to settle a claim from the family of a murdered Democratic National Committee staff member falsely accused by Fox hosts of leaking emails to WikiLeaks.

But the use of defamation suits has also raised uneasy questions about how to police a news media that counts on First Amendment protections — even as some conservative outlets advanced Trump’s lies and eroded public faith in the democratic process.

“If you had asked me 15 years, five years ago, whether I would ever have gotten involved in a defamation case, I would have told you no,” said Roberta Kaplan, a lawyer who is representing Trump’s niece, Mary L. Trump, and the writer E. Jean Carroll in defamation suits against the former President.

Like other prominent liberals in her profession, Kaplan had long considered defamation suits a way for the wealthy and powerful to try to silence their critics. Last year, Trump’s campaign sued multiple news organisations for coverage that the President deemed unfavorable or unfair. The technology billionaire Peter Thiel bankrolled Hulk Hogan’s suit against the gossip blog Gawker that ultimately bankrupted the business.

“What’s changed,” Kaplan said, “and we’ve all seen it happen before our eyes, is the fact that so many people out there, including people in positions of authority, are just willing to say anything, regardless of whether it has any relationship to the truth or not.”

Some First Amendment lawyers say that an axiom — the best antidote to bad speech is more speech — may no longer apply in a media landscape where misinformation can flood public discourse via countless channels, from cable news to the Facebook pages of family and friends.

“This shouldn’t be the way to govern speech in our country,” Kaplan said. “It’s not an efficient or productive way to promote truth-telling or quality journalistic standards through litigating in court. But I think it’s gotten to the point where the problem is so bad right now there’s virtually no other way to do it.”

Trump’s rise is an inextricable part of this shift. His popularity boosted the profits and power of the Right-wing commentators and media outlets that defended him. In November, when Trump cast doubt on the outcome of the presidential election despite no credible evidence, it made commercial and editorial sense for his media allies to follow his lead.

The Newsmax anchor Greg Kelly refused to accept Joseph R. Biden Jr. as President-elect and was rewarded with a surge in ratings. Fox News was more cautious — the network declared Biden the next President on November 7 — but some Fox stars, including Dobbs, Bartiromo and Pirro, offered significant airtime to his lawyers, Giuliani and Powell, and others who pushed the outlandish election-fraud narrative.

In one example cited in the 276-page complaint filed by Smartmatic, Dobbs’s programme broadcast a false claim by Powell that Hugo Chávez, the former President of Venezuela, had been involved in creating the company’s technology and installed software so that votes could be switched undetected. (Chávez, who died in 2013, did not have anything to do with Smartmatic.)

Smartmatic also cited an episode of “Lou Dobbs Tonight” in which Giuliani falsely described the election as “stolen” and claimed that hundreds of thousands of “unlawful ballots” had been found. Dobbs described the election as the end to “a four-and-a-half-year-long effort to overthrow the President of the United States,” and raised the spectre of outside interference. “It has the feeling of a cover-up in certain places, you know — putting the servers in foreign countries, private companies,” Dobbs said.

Fox has promised to fight the litigation. “We are proud of our 2020 election coverage and will vigorously defend this meritless lawsuit in court,” the network said in a statement the day before it cancelled Dobbs’s show.

Executives in conservative media argue that the Smartmatic lawsuit raises uncomfortable questions about how news organisations should present public figures: Powell was a conspiracist, but she was also the President’s lawyer. Should a media outlet be allowed to broadcast her claims?

“There’s a new standard created out of this that is very dangerous for all the cable channels,” Christopher Ruddy, the owner of Newsmax and a Trump confidant, said in an interview on Saturday. “You have to fact-check everything public figures say, and you could be held libelous for what they say.” Ruddy contends that Newsmax presented a fair view of the claims about election fraud and voting technology companies.

Newsmax personnel, though, were made aware of the potential damage stemming from claims that appeared on their shows. In an extraordinary on-air moment on Tuesday, Mike Lindell, the MyPillow founder and a staunch Trump ally, began attacking Dominion — and was promptly cut off by a Newsmax anchor, Bob Sellers, who read a formal statement that Newsmax had accepted the election results “as legal and final.”

Fox executives revealed their own concerns in December, after Smartmatic sent a letter signaling that litigation was imminent. Fox News and Fox Business ran an unusually stilted segment in which an election expert, Edward Perez, debunked conspiracy theories about voter fraud that had recently been aired on the networks. The segment ran on three programs — those hosted by Dobbs, Bartiromo and Pirro. (Newsmax, which also received a letter from Smartmatic, aired its own clarifications.)

This fear of liability has rippled into smaller corners of the right-wing media sphere. Giuliani, who hosts a show on the New York radio station WABC, was caught by surprise on Thursday when his employer aired a disclaimer during his show that distanced itself and its advertisers from Giuliani’s views.

Yochai Benkler, a professor at Harvard Law School who studies disinformation and radicalisation in American politics, said that the President’s lies about the election had pushed pro-Trump outlets beyond the relatively lax standards applied to on-air commentators.

“The competitive dynamic in the right-wing outrage industry has forced them all over the rails,” Benkler said. “This is the first set of lawsuits that’s actually going to force them to internalise the cost of the damages they’re inflicting on democracy.”

Benkler called the Smartmatic suit “a useful corrective” — “it’s a tap on the brakes” — but he also urged restraint. “We have to be very cautious in our celebration of these lawsuits, because the history of defamation is certainly one in which people in power try to slap down critics,” he said.

Martin Garbus, a veteran First Amendment lawyer, said he was personally repelled by the lies about the election propagated by Trump and his allies, but he also called the Smartmatic suit “very complicated.”

“Will lawsuits like this also be used in the future to attack groups whose politics I might be more sympathetic with?” he asked.

Garbus, who made his reputation in part by defending the speech rights of neo-Nazis and other hate groups, said that the growth of online sources for news and disinformation had made him question whether he might take on such cases today. He offered an example of a local neo-Nazi march.

Before social media, “it wouldn’t have made much of an echo,” Garbus said. “Now, if they say it, it’s all over the media, and somebody in Australia could blow up a mosque based on what somebody in New York says.

“It seems to me you have to reconsider the consequence of things,” he added.