King Charles Coronation street parties to be held across Commonwealth

Another key highlight will be a mega concert involving global music icons, orchestras, a diverse choir and world-famous entertainers to be telecast live 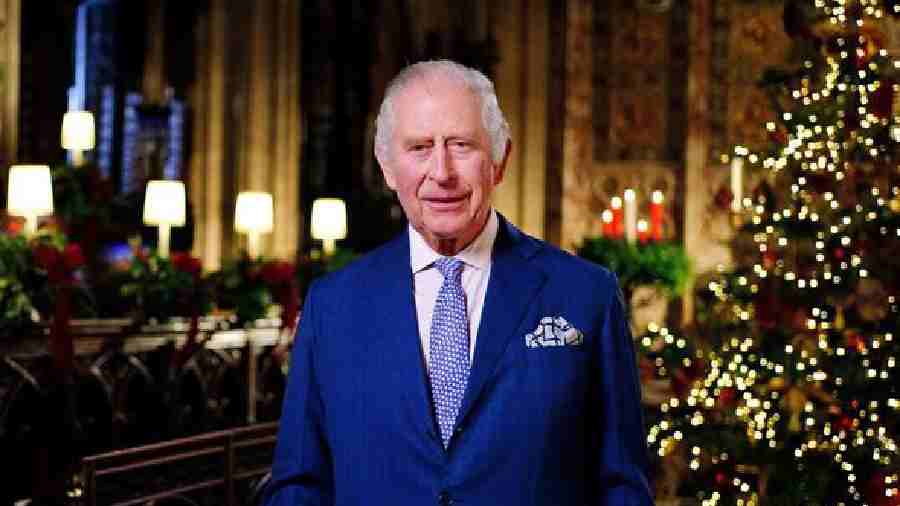 Buckingham Palace on Sunday revealed further details of the grand Coronation Ceremony planned for King Charles III in May, which will involve scores of street parties being held across the UK and Commonwealth nations.

The 74-year-old royal will be formally crowned as monarch along with his wife, Queen Consort Camilla, at Westminster Abbey in London on May 6 and millions are expected to join in the celebrations over a long holiday weekend.

Another key highlight will be a mega concert involving global music icons, orchestras, a diverse choir and world-famous entertainers to be telecast live from the grounds of Windsor Castle.

“The Coronation of His Majesty the King and Her Majesty the Queen Consort is a huge milestone in the history of the UK and Commonwealth,” said Michelle Donelan, UK Secretary of State for Digital, Culture, Media and Sport.

"The weekend of events will bring people together to celebrate our monarchy and the mixture of tradition and modernity, culture and community that makes our country great.

“Everyone is invited to join in, on any day, whether that is by hosting a special street party, watching the coronation ceremony or spectacular concert on TV, or stepping forward during the Big Help Out to help causes that matter to them," she said.

A Coronation Procession will be followed by the royal family gathering at the Buckingham Palace balcony to greet crowds. According to reports, a more multi-faith dimension is anticipated for the King’s Coronation Service, with representatives of a range of religions.

The palace said tens of thousands of people are expected to visit the UK capital to experience the "unique and historic occasion", with millions more watching from home, across the UK and around the globe.

“Coronation Big Lunches, thousands of street parties, and a day dedicated to good causes will bring communities together throughout the UK over the special Coronation Bank Holiday weekend,” the palace said.

“On Sunday May 7, a spectacular Coronation Concert at Windsor Castle will showcase the country’s diverse cultural heritage in music, theatre and dance. One of the highlights of the concert will be ‘Lighting up the Nation’, in which iconic locations across the UK will be lit up with projections, lasers, drone displays and illuminations,” it added.

The audience for the Coronation Concert will include several thousand members of the public selected for free tickets via a public ballot. The weekend of celebrations will culminate with the “Big Help Out” on Monday May 8 – a special Bank Holiday proclaimed by Prime Minister Rishi Sunak last year in honour of the coronation.

The event, created by Britain’s leading charities and organised by the Together Coalition, is aimed at highlighting the positive impact volunteering has on communities across the UK.

“In tribute to His Majesty The King’s lifetime of public service, the Big Help Out will encourage people to come out and support the causes that matter to them,” the palace said.

Various activities are expected on the day by local community groups, organisations and charities including the Scouts, Royal Voluntary Service and National Trust, with further details for community participation to be unveiled over time.

Jon Knight, Chief Executive of the Together Coalition, said: "The Big Help Out is going to be a festival of volunteering. A day when people up and down the country will roll up their sleeves and do their bit.” “In the run up to the day we’ll also be launching new ways of getting involved in volunteering in your community. The aim is to create a legacy of better-connected communities long beyond the coronation itself.

“If you’re a voluntary group who wants to be part of it, please reach out now so we can make this the start of the biggest volunteering effort in our country’s history," Knight said.

On May 7, the celebrations will focus on the Coronation Big Lunch – a regular feature since the Queen’s Jubilee celebrations.

“The Big Lunch has always been about community – last year almost two thirds of people who took part said the Big Lunch had encouraged more people to get involved in voluntary work,” said Peter Stewart LVO, Chief Purpose Officer at the Eden Project – behind the Coronation Big Lunch.

“The Coronation Big Lunch helps you bring the celebration right into your own street or backyard so that anyone and everyone, across the UK and beyond, can be part of this amazing moment in our history. Get yourself an organiser pack, knock next door and get planning – this is going to be an event to remember," he said.

The central Coronation Ceremony, to be held on May 6, is described as a solemn religious service that has been held at Westminster Abbey for the last 900 years.

The last Coronation Ceremony took place 70 years ago in June 1953 when Queen Elizabeth II, King Charles’ mother, was crowned as the British monarch.