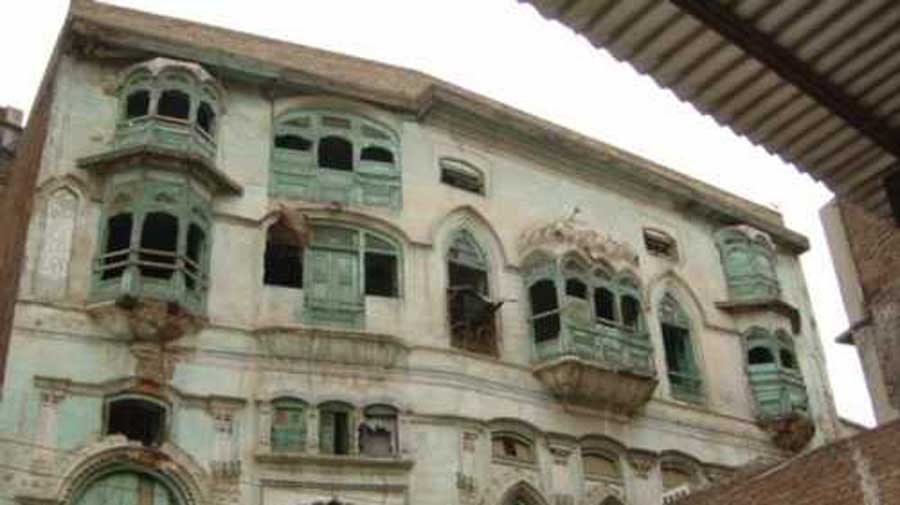 The ancestral home of Bollywood’s Kapoor family in Pakistan’s Peshawar is facing a demolition threat as the current owner of the house is adamant on building a commercial complex at the site.

Kapoor Haveli was built by actor Prithviraj Kapoor’s father Basheswarnath Kapoor. In 1990, Rishi Kapoor along with brother Randhir visited their ancestral home where their grandfather Prithviraj and father Raj Kapoor were born.

In 2018, the Pakistan government decided to convert Kapoor Haveli in Qissa Khwani Bazar in Peshawar into a museum, heeding a request by Rishi who died recently in Mumbai. Foreign minister Shah Mahmood Qureshi had assured Rishi about the implementation of the plan.

The dilapidated haveli has turned into a ghost building and can collapse anytime, residents of the area said.

The haveli is currently owned by Haji Muhammad Israr, a wealthy jeweller.

The provincial government wanted to buy the haveli keeping in view its historic importance and conserve it in its original shape for the tourists.

But Israr wants to construct a new commercial building at this prime location.